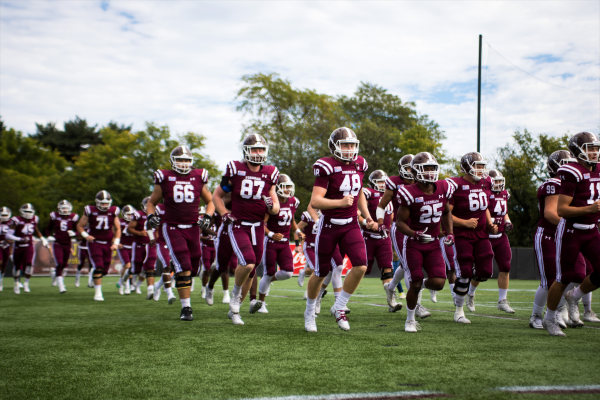 By JEFFREY UMBRELL and ZOEY LIU

The Rams showed some fight in their 13-24 homecoming loss last week against Central Connecticut State University, including up a near-perfect second half defensive performance, but ultimately it would not be enough for head coach Joe Conlin and his team to win their first game of the season.

A crowd of students, parents and alumni filled the bleachers at Rose Hill’s Jack Coffey Field. Along with the fans and cheerleaders, freshman quarterback Tim DeMorat (17) helped breathe a new energy into the Rams’ 2018 season. DeMorat’s confidence and poise seem to be quickly earning him the trust and admiration of his teammates, and elevating the play of those around him.