Syria: The Global Conflict of Our Time 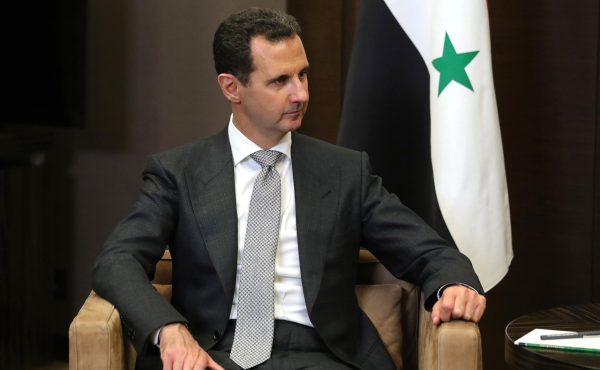 The U.S. must make strides to keep Bashar al-Assad in check.

Throughout the weekend of April 6, 2018, the international community was largely aghast as news broke that Syrian leader Bashar al-Assad used chemical weapons on his own people, again. Tragically, this is far from the first time such an atrocity has happened, and the odds of the United States finding a sustainable and manageable solution to the crisis in Syria grow slimmer by the day.

The Syrian civil war as we know it has been ongoing since 2011. It commenced during the Arab Spring as a rebel movement led by ordinary citizens against Assad’s brutal regime. Today, Syrian rebels occupy a significant minority of the country’s land that includes cities such as Aleppo. Assad’s regime is primarily supported by Russia, Iran and Hezbollah, an extremist militant group from Lebanon. They have used chemical weapons in areas held by rebels multiple times. Despite this, Russia and Iran still continue to have no problems supporting Assad’s depravity — and at the United Nations, Russia even vetoed a U.N. Security Council plan to investigate Syria’s use of chemical weapons. Additionally, the Islamic State of Iraq and the Levant (ISIL) is attempting to exert control over Syrian territory. ISIL is a terrorist organization that has the goal of creating a caliphate extending Iraqi and Syrian territory. ISIL territory in Syria is mostly found in the eastern part of the country, close to the border separating Syria and Iraq.

What can the United States do to improve the appalling situation in Syria today? Unfortunately, our options on how to handle this crisis are more limited than we might like to believe. Providing direct support to Syrian rebel militias is not a realistic option. While we share their goal of holding Assad accountable for his barbarity, it is important to remember that the Syrian rebel movement is supported to some degree by Al-Qaeda fighters. Obviously, this would make clearly aiding rebel fighters problematic. For this reason, U.S. military intervention in Syria must be limited to attempting to stop ISIL.

Additionally, the United States should come to terms with the fact that despite the atrocities perpetrated by Assad’s regime in Syria, even very well-intentioned attempts on our end to support a regime change in countries often do not end well. In 2011, the U.S. military worked with the North Atlantic Treaty Organization (NATO) to provide covert assistance to rebels to kill Libyan dictator Muammar Gaddafi. Even though Gaddafi was killed, Libya remains no closer to instituting any type of democratic rule now than it was then.

There are, however, some pragmatic and reasonable options on the table pertaining to U.S. policy surrounding Syria. Firstly, the United States must continue to keep at least a minimal military presence in Syria. While I am generally a non-interventionist regarding U.S. involvement in foreign entanglements, this scenario is necessary for two reasons. First, it allows us to continue to attempt to make grounds in the fight against ISIL. Also, we must at least keep some military presence in Syria out of respect to our ally, Israel. If the United States were to pull out of Syria immediately, that decision would risk allowing Iran and Hezbollah, Israel’s enemies, to make gains in the country. Their increased strength would be deeply threatening to the country’s existence as the Jewish state we know it to be since it declared independence in 1948.

Secondly, we must provide humanitarian assistance to Syrians, who are faced with unimaginable suffering on a daily basis as a result of the country’s civil war. A $200 million humanitarian aid package for Syria was passed by the U.S. Congress, but it has not yet been implemented. We must authorize it immediately and promptly send this much-needed aid.

Thirdly, we must continue to aggressively sanction Russia and Iran, both of whom not only support, but may very well profit through weapons sales from Assad’s regime. Both of these nations are active enablers of his government.

Fourthly, the United States should propose a resolution at the United Nations to impose a no-fly zone over Syria. This could help stop airplanes carrying weapons or other supplies to aid the Assad government from entering Syrian airspace and then coming into the country.

Finally, as long as the Department of Homeland Security acknowledges that intended security screenings and vetting procedures are proper and effective, the United States must step up to the plate and allow a fair and humane number of refugees from Syria to resettle in the United States. Most European Union member nations have begun to do so already, and it is past time that the United States realizes that we have an obligation to the international community to assist with such a large-scale humanitarian crisis. At a minimum, the United States should commit to allowing 75,000 Syrian refugees to enter the country over the next 365 days.

There may be no end in sight to the global crisis in Syria, but these steps could be taken to at least provide nominal improvements to the situation in the country. Against discouraging odds and intimidating enemies, the United States must do what’s right to put an end to this conflict.