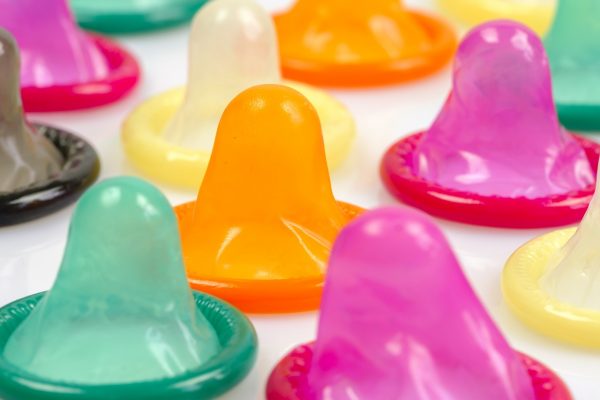 However, the above statistics exclusively apply to heterosexual interactions. Data for men who have sex with men (MSM), shows a different trend in rates of STIs. 80.6 percent of recorded syphilis cases are from MSM. For MSM, the rates of syphilis are much higher than men who have sex with women (MSW); the rate of syphilis among MSM is 200 to 400 cases per 100,000 MSM compared to 37.9 cases per 100,000 MSW. Other STIs like gonorrhea are also present in different rates among MSM. The rate of gonorrhea among MSM from 2010 to 2015 has increased 151.0 percent. In 2015, the CDC estimated that the rate of gonorrhea was 3,434.7 cases per 100,000 MSM.

Though HIV can be spread in ways other than sexual contact, it is important to note the rates of new HIV cases, because transmission is highly preventable via the use of condoms or oral pre-exposure prophylaxis supplements. In 2016, 20 to 24 year old individuals made up the largest age group among new HIV diagnoses. Overall, 70 percent of these diagnoses were of gay and bisexual men and 23 percent of them were of heterosexuals. Nevertheless, the number of new diagnoses of HIV is decreasing; in the years between 2011 and 2015, new HIV diagnoses have decreased by 5 percent.

Here’s how you can protect yourself: The CDC recommends, “Abstaining from sex, reducing the number of sexual partners, and consistently and correctly using condoms” in order to prevent new STIs. Executive Director of Fordham University Health Services, Kathleen Malara, also stresses that students who engage in high-risk behavior, like having multiple sexual partners and/or inconsistently practicing safe sex, should get tested for STIs often. The CDC recommends testing at least once a year for all sexually active individuals. Fordham Health Services is available on campus to provide screening for every STI. Moreover, if you are diagnosed with any STI, Fordham Health Services can provide you with treatment.

The only thing Health Services cannot provide you with are condoms. According to the Ethical and Religious Directives for Catholic Health Care Services that was issued in 2009, Fordham Health Services must abide to the following guideline: “The Church cannot approve contraceptive interventions that ‘either in anticipation of the marital act, or in its accomplishment or in the development of its natural consequences, have the purpose, whether as an end or a means, to render procreation impossible.’” Though Fordham Health Services can provide ample measures to treat STIs, they cannot aid in preventing them beyond endorsing abstinence. Nonetheless, students can gain access to condoms at any walk-in clinic, and they are readily available commercially.

At any rate, preventing STIs is a matter of choice. You must pick which method of prevention best fits your lifestyle. Whether abstinence or safe sex is the best plan of action for you, it is imperative to take steps to protect yourself from STIs, for the rates of STIs are generally increasing among young adults. Reducing these rates is possible as long as measures of prevention are widely practiced.