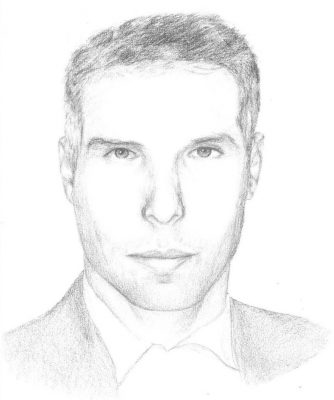 On Friday, April 6 Associate Philosophy Professor William Jaworski was given notice of his suspension pending a formal university investigation, according to Assistant Vice President for Communications Bob Howe. Members of the Faculty Senate Executive Committee confirmed that before the decision was reached, they were consulted that day on the matter in accordance with university statutes, which states that the President of the university “may suspend a member of the instructional staff with pay…only if the President determines that serious and immediate harm to such person or others, or to the University, is threatened.” A department-wide meeting was also held that week between philosophy professors and the Provost Stephen M. Freedman, according to two people familiar with the gathering.

While the nature of the investigation remains confidential to general members of the university community, greater details of Jaworski’s past at Fordham, that include previous harassment allegations, have come to light less than two weeks after his suspension.

That following Monday, April 9, Stephen R. Grimm, the Philosophy department chairperson, informed Jaworski’s three classes of the investigation and his suspension. Accompanied by Associate Dean of the School of Professional & Continuing Studies Cira Vernazza to his final evening “AI, Sci-Fi and Human Value” class, Grimm spoke on several of the details surrounding the formal review, which were recorded in a transcript obtained by the Observer. In the conversation, Grimm mentioned that Jaworski has been the subject of multiple Title IX investigation claims in the past but refused to say if his current suspension was in anyway related to a Title IX investigation or the university’s sexual misconduct policies.

The Observer has reached out to Jaworski for comment and is awaiting his response. When pressed for information by one of the students in the class, Grimm said that the terms of Jaworski’s suspension ran “at least through the end of the fall semester.” Referring to Fordham’s investigative procedure, Grimm stated, “I think that they’ve always taken every allegation very seriously, and sometimes there’s been strong evidence,” adding “but sometimes the evidence has just been inconclusive.” Reports and concerns of Jaworski’s alleged behavior have dated back as far as 15 years, according to students and alumni who spoke to The Observer on background.

Glenn Hendler, chairperson of the English department and the Faculty Senate Committee on Student Life noted in an email to the Observer that since assuming his role on the committee in 2017, “several students have come to speak with me about Professor Jaworski. So have several faculty members.” Because of his “commitment to respect confidentiality…as a ‘mandatory reporter’ under Title IX,” Hendler declined to comment any further on the nature of his conversations.

Sociology Professor Jeanne Flavin, who served as the chair of the committee prior to Hendler, wrote in an email to the Observer that since the spring semester of 2012, she has received and relayed “firsthand and secondhand accounts and complaints of Jaworski’s behavior (with regard to students as well as other faculty members) over the years.”

Aside from reporting their grievances to faculty members, students have taken to expressing their frustration outside of conventional university channels. One student used a Sharpie to carve the statement “fire Jaworski no sexual predators at Fordham #MeToo” on the front of Jaworski’s office door on Dec. 6, 2017. Jaworski responded to Fordham’s inquiry about the incident through email on Dec. 8, calling the student’s action a “dehumanizing attack” that caused his family to fear for his safety. “Please help investigators help discover who has perpetrated this latest hateful crime of defamation,” Jaworski wrote.

The student, a senior from the philosophy department, said that she found out about rumors surrounding the professor since she started taking philosophy classes. “I couldn’t even tell you when I found out, it was more just general knowledge that he was inappropriate with women students,” she said. After explaining that her decision to write on Jaworski’s door was in response to an incident with another professor, the student said that she did “the next best thing” and wrote on Jaworski’s door, out of frustration for multiple allegations that she stated the university knows about.

The Observer learned that in light of investigation, Jaworski has sought the legal counsel of Andrew T. Miltenberger, a New York attorney specializing in campus misconduct due process and Title IX. Describing himself as “the due-process guy,” according to the New York Times, Miltenberg has overseen more than 150 students in college disciplinary hearings across the country including the accused student in Columbia University “mattress girl” lawsuit.

The Observer has contacted the offices of Nesenoff & Miltenberg LLP where Miltenberg is a partner for a statement but was unable to reach him for comment at the time of this publication.