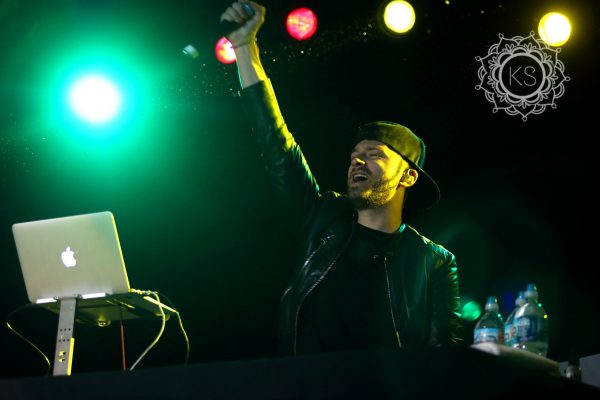 Timeflies will perform at New York City's Irving Plaza on 3/28. (Courtesy of Katherine Saunders via Flkr)

Fordham students may remember Timeflies as the headlining band of last year’s Spring Weekend. Now, the duo is now returning to the New York stage on Wednesday, March 28 for the first time since their concert at the university. They will perform at Irving Plaza as part of their U.S. tour, “Too Much to Dream.”

For those unfamiliar with Timeflies, the band is comprised of vocalist Cal Shapiro and producer and instrumentalist Rob “Rez” Resnick. They are known for their covers as well as their original music that blends pop, rap and dance styles.

Their concert will center around the music from their two most recent EPs, “Too Much” and “To Dream,” the latter of which was just released on March 23. The duo will perform covers as well, but this tour as a whole will be “more original than ever” according to Shapiro, and will include more live instrumentals.

“Typically we’d have DJ tracking and a ballad or two, but this tour, we wanted to go from the ground up and think of how we could give fans a more exciting experience,” added Resnick. “We brought out a bunch of synths, we have a drum pad, another piano and a lot more guitar. We’re trying to make the show everything it could be.”

The band fondly remembers last year’s Spring Weekend show, but are looking forward to an “elevated” performance as compared to last year.

“That was a crazy show,” said Shapiro in reference to the Spring Weekend concert. “The kids were just ready to party, having a great time—it was an electric performance. But [this concert] is going to be completely different—in our college show, we don’t bring instruments out. We just jump around and have a wild time. Now it’s more well-thought out with more live music. If you were at the Fordham show and want to see that turned up to a different level, you’ve got to hear this concert.”

The concert will also feature opening acts by electro-pop band Baby Raptors and rapper and singer Bryce Vine. If you are spending spring break in the New York City area, don’t miss it! Tickets are still available on Ticketmaster.