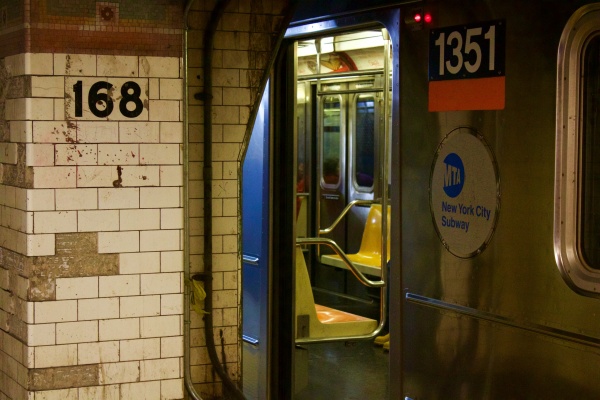 Kashem, who attends Fordham Law School, was attacked on the subway on Sunday. (Jessica Hanley/ The Observer)

A Fordham University law student was slashed in the face during a subway robbery on Sunday, March 25. Nadia Kashem, in her third year at Fordham School of Law, was riding a northbound 6 train on her way to a friend’s apartment when a man attempted to grab her purse as the doors were opening to the 3rd Avenue and 138th Street station.

Kashem had already been holding her bag “pretty tightly,” and when she refused to let go of her purse, she was dragged from her seat to the train car’s floor. The two grappled across the threshold of the subway until the man stepped back into the train and struck her near the eye before releasing his grip and running away.

Kashem stood up, and as she was recovering from the immediate impact, she “thought it was nothing.” It was only until she looked down at her purse that she noticed she was bleeding. “There was blood on my bag and on my hand,” Kashem said. “I was scared because I didn’t even know where the blood was coming from.

Several subway riders helped Kashem up the blood and called 911, assisting in giving her a description of the man, whom Kashem relayed to the police as five feet and 10 inches, Hispanic, goateed and wearing yellow and black Jordan sneakers. They told her that he had not punched her as was her original thought, but slashed her with a box cutter.

Kashem was later admitted to Lincoln Hospital and received several stitches on her cheek and the bridge of her nose before being released.

According to her, detectives have spoken to at least one witness, but no arrests have been made.

Resting now, Kashem reported that her injuries were feeling worse than they had initially, not to mention any psychological harm she might have sustained. “Last night I just had nightmares,” she said. “I dreamed of being slashed.”

The Observer notified the Director of the Department of Public Safety Bob Dineen of the crime, who replied that he personally had not heard it reported, but noted that the online Crime Log would be updated once a report had been generated.

Kashem believes that her assailant had obviously been trying to cut her eyes. “That’s just the lowest,” Kashem said. “When you try to blind someone.”

The Observer reached out to Bob Howe, assistant vice president for communications, who provided us with the following statement: “The University has been in contact with Ms. Kashem in the wake of this brutal attack, and has offered whatever services she may need. We know the Fordham community joins us in wishing her a rapid and complete recovery from her injuries.”
This article was updated at 11:30pm on March 26 to add new details about the attack.
Delete Image
Align Left
Align Center
Align Right
Align Left
Align Center
Delete Heading