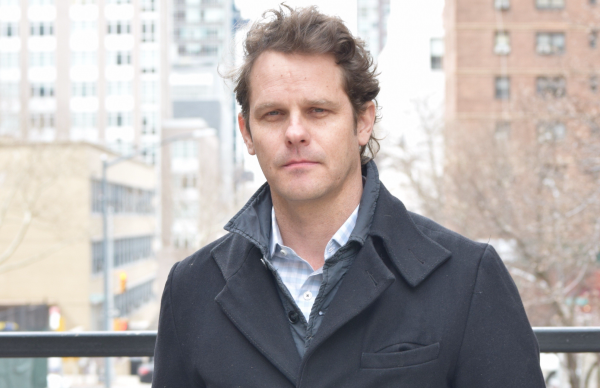 “Now is the time for action and transformation,” Associate Theology Professor John Seitz concludes in the petition. (JON BJÖRNSON/THE OBSERVER)

Associate Professor of Theology John Seitz has released a petition to members of the Fordham community condemning the university’s policies on free speech and demonstration. He pushed out his “Statement on the Future of Free Speech at Fordham” to the faculty of arts and sciences on Feb. 27. Its contents: four proposals “intended to spur a process…that will enhance community members’ rights, clarify policies, enshrine fairness and also encourage a community of accountability and respect.”

The petition, which was drafted by Seitz and a number of colleagues in his department, calls for eliminating the guideline that mandates members of the university seek the approval of the Dean of Students before organizing on-campus demonstrations.

The section notes that demonstrations “should be allowed to proceed anywhere on campus” provided that they follow the University Code of Conduct, do not unduly “disrupt University business, do not endanger health and safety and do not inhibit others’ rights of free speech.”

As of Monday, March 6, the petition has garnered more than 100 signatures from faculty, students and staff members. Seitz said that he didn’t “know what number is a magic number” but thought that the signatures indicate “a wide number of support.”

Seitz is considering bringing the petition to the College Council and the Faculty Senate, some members of which have already signed on to the document.

It is unclear whether or not its contents have reached the doorsteps of administrators. Fordham President Rev. Joseph M. McShane, S.J. acknowledged that he had not seen it nor heard of its existence.

Dean of Students at Lincoln Center Keith Eldredge confirmed that a colleague sent him a link to the Google Forms document but that he did not have access to view it.

Nevertheless, those who hold the power to change the university’s guidelines are this document’s final destination, according to Seitz. “The idea here is to enter into dialogue with people in the administration that have control over the policies…to frankly put a little pressure on them,” he said.

In an email containing the link to the petition, Seitz noted that the inspiration for the document came from an op-ed published in the Fordham Ram that condemned the university for allowing the notorious political agent Roger Stone to speak at a College Republican event last October.

The article, which was written by Anya Patterson, Fordham College at Rose Hill (FCRH) ’19, co-chair of the Diversity Action Coalition, charged that “‘Fordham recognizes the dignity and uniqueness of each person.’ Yet they allow Roger Stone, a man who has a history of using racial slurs, sexist and anti-semitic insults on his social media accounts, to speak on a campus with individuals from those same backgrounds.”

“I was just impressed with her conviction and her courage,” Seitz said.

Patterson did not respond to comment, but Seitz verified that she had signed the petition.

Patterson was one of a number of university members, including faculty and former students of Seitz’s, that were the first to receive the document.

In addition to scrapping the provision that demands the Dean of Students’ approval, the document also makes the case for the establishment of “indoor and outdoor ‘public squares,’” areas where university members can “practice free expression…at any time without prior administrative approval or constraint,” again on the condition of following the University Code of Conduct.

Seitz’s email referenced the Speech and Expression Policy of Georgetown University as evidence that “[t]here are better student speech policies out there.” In fact, he said that he got the idea for the “public squares” from the university’s policies on events.

Lastly, the petition advocates for the creation of two “teams.” The first to be tasked with “craft[ing] a more robust policy for speech and expression,” reevaluating the relationship between Constitutional rights and “the principles of Jesuit education.”

The section outlines a list of questions that the team could clarify, including:

The second team, “student-led” as the document proposes, should draft an Honor Code that “would go beyond a ‘Code of Conduct’” to ensure that these more relaxed policies on free speech would not “unduly expose the vulnerable” to hate speech. Seitz said the code would ideally “protect against hate speech.”

“Our era demands that we stand as an example of the relentless, even if messy, exercise of democracy,” the petition concludes. “Now is the time for action and transformation.”