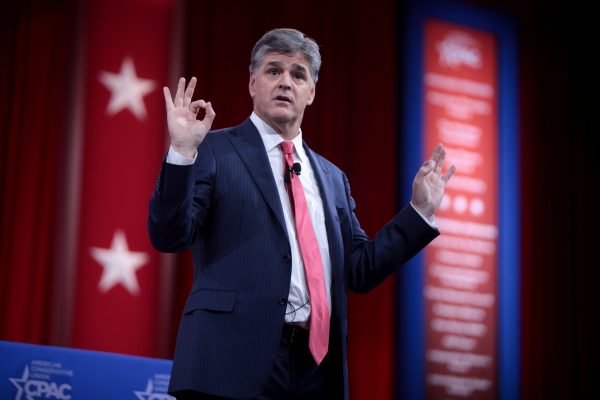 For a president who spends as much time criticizing news outlets as he does, President Trump sure loves the media. There’s just one catch: he loves media that gives him favorable coverage around the clock. Enter Fox News, the most viewed cable news channel in America today that has been widely accused by its critics of heavy conservative bias and, more recently, right-wing populist viewpoints. While Fox has always been a conservative-leaning channel, its coverage has never before been as partisan and politically biased as it is today. According to polls, the American public views it as the most ideological cable news channel in America today. 47 percent of American adults identify Fox as “conservative,” whereas the percentages of adults who specifically view CNN and MSNBC as “liberal” are 37 and 36 percent, respectively.

Trump, a devoted fan of Fox News, is reported to typically watch the channel several hours per day. He often tweets about stories or events he sees while watching Fox. The two programs he appears to view the most on the channel are “Fox and Friends,” a morning panelist talk show, and “Hannity,” a primetime cable news and talk show hosted by right-wing pundit Sean Hannity. The president has been accused of making decisions primarily based on what he sees on cable news shows, particularly these Fox shows.

At the risk of stating the blatantly obvious, the president’s affinity for Fox News is likely primarily due to their criticism-free coverage of him and his administration. However, there are other reasons why Fox News is particularly appealing to Trump. The lowbrow and somewhat schlocky presentation and aesthetics of Fox programming works well for an often anti-intellectual president. Trump’s political opponents often criticize him heavily for making claims that are outrageously false, such as the baseless conspiracy theory that three million people voted illegally in the 2016 U.S. presidential election. Some Fox programming to which Trump has been exposed has included highly misleading statements or beliefs that dabble in conspiracy theories. For example, both Sean Hannity and Trump have questioned the birthplace of former president Barack Obama. Fox has also touted a conspiracy theory about the murder of Seth Rich, a Democratic National Committee employee who was shot and killed in Washington, D.C., in the summer of 2016. During the 2016 presidential campaign, Hannity shared a photo of a staffer for Hillary Clinton’s presidential campaign from a distance and claimed he was holding an epi-pen to deal with Clinton’s allegedly deteriorating health, when in fact the staffer was actually holding a small flashlight.

Like it or not, Fox News definitely will not be going away any time soon. Its viewer ratings are outstanding, and “Hannity” is now the most viewed nightly program on cable television in the United States. In a polarized and hyper-partisan America, politicians and concerned citizens of all stripes will have to come to terms with the fact that for many American conservatives, Fox News exerts almost total dominance in the realm of the news media. In many ways, Fox’s biased and sometime scorched-earth coverage helped us ease into the divisive and often surreal political era Americans live in today. This format of journalism is ideal for covering what many Trump critics have labelled “the reality television presidency,” a reference to Trump’s time as a reality TV star in the decade prior to his 2016 campaign and tenure as president. We should understand that while biased reporting in media outlets such as Fox may sometimes provide an echo chamber into what some of us may “want to hear,” they also tend to be quite deficient in journalistic value. They also need to understand the incontrovertible evidence that Fox and its coverage builds a sense of cohesion among Trump’s base, especially among his most hard-core supporters. If we want to ensure that Americans continue to have the ability of separating truth from falsehood and fact from opinion, we all need to come together to promote an understanding of facts. All of us should respect such common fact, even though we may disagree strongly on opinions or viewpoints on issues relating to the fact. If such facts can be generally respected in our democracy, the future of our society will look brighter.