A New Constitution, a New President, a New RHA 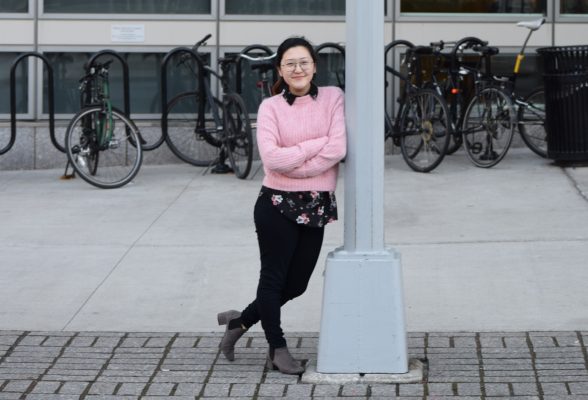 “It was a rough transition,” Eunice Jung, Fordham College at Lincoln Center (FCLC) ’20, said, reflecting on the past nine months of her involvement with the Residence Hall Association (RHA). Then an RHA senator, Jung, who is now the president, has seen the club—whose office sits alongside much of McMahon Hall’s first floor residential foot traffic—weather a number of dramatic transformations.

In the spring of 2017, the Office of Residential Life’s RHA Advisor, Frank McAlpin left with little warning to representatives and e-board members. A new adviser, Resident Director Joe Corcoran, assumed power over the summer, and his first assignment: overhauling the constitution which would be instituted unilaterally by the Office of Residential Life. What followed was an outpour of frustration on the part of residents and former RHA members.

Since then, the organization has taken the issue of Visitation and Guest Policy to the desks of the administration, is in early stages of examining the shape of university mental health services and, as of Feb. 7, has revamped its constitution, hoping to alleviate the harsher tempers of residents.

Discussion began Dec. 4 in the McMahon Hall 5th floor lounge between representatives and carried on to other lounges in McMahon and McKeon Halls, to e-board members and the general body. Issues were raised, solutions offered, ideas mixed so that no single edit belonged to one person, but “everyone.”

“RHA is holding its ground with residents,” Jung said, who sat down with me to go over the constitutional changes. “We’re focusing with them, and I feel like we’re getting action done as a government.”

One of the more definite revisions to the document was the redelegation of RHA’s representative body. Rather than dividing the roles two-per-grade (as well as one graduate and one law position), representatives are now separated into one of two posts: “Advocacy” or “Programming.” Whereas the former position retains most of the previous responsibilities of the class representative, programming representatives will focus solely on “brainstorm[ing] ideas on creative events,” and “creat[ing] programs that will foster inclusivity.”

In addition, the new constitution founds a Fordham Dance Marathon representative, a liason to the Rose Hill campus’ RHA tasked with implementing a so-called Hero program: a pediatric cancer support service that Jung hopes will continue for years to come.

The new positions potentially signal a softening of the new association’s attitude against the old organization’s “more programming-based” role, though it is by no means a full lapse according to her.

“I’m glad we focus more on advocacy and change,” Jung said. “It makes us fit more to the title.”

“Guidance from” is the key phrase here. “Determined with” is another. Nevertheless, Jung maintains that deference to the adviser is a ritual born “out of courtesy.” This is why, she told me, RHA must still seek approval from Corcoran and the Office of Residential Life Director Jenifer Campbell. The organization receives its budget from there. “We need some restrictions,” Jung said.

Balancing RHA’s obligations to the administration and the student body could likely become a challenge in the future, but Jung was not concerned. “We’re not under Res Life. We’re here for the residents to speak up to Res Life,” she explained. “You know how RAs are paid by Res Life, so it’s kind of different because they have to represent Res Life.”

“But you get your funding from Res Life?” I asked.

“We do get our funding from Res Life. That’s true,” she laughed, then speaking through the side of her mouth: “But I’m still not getting paid.”