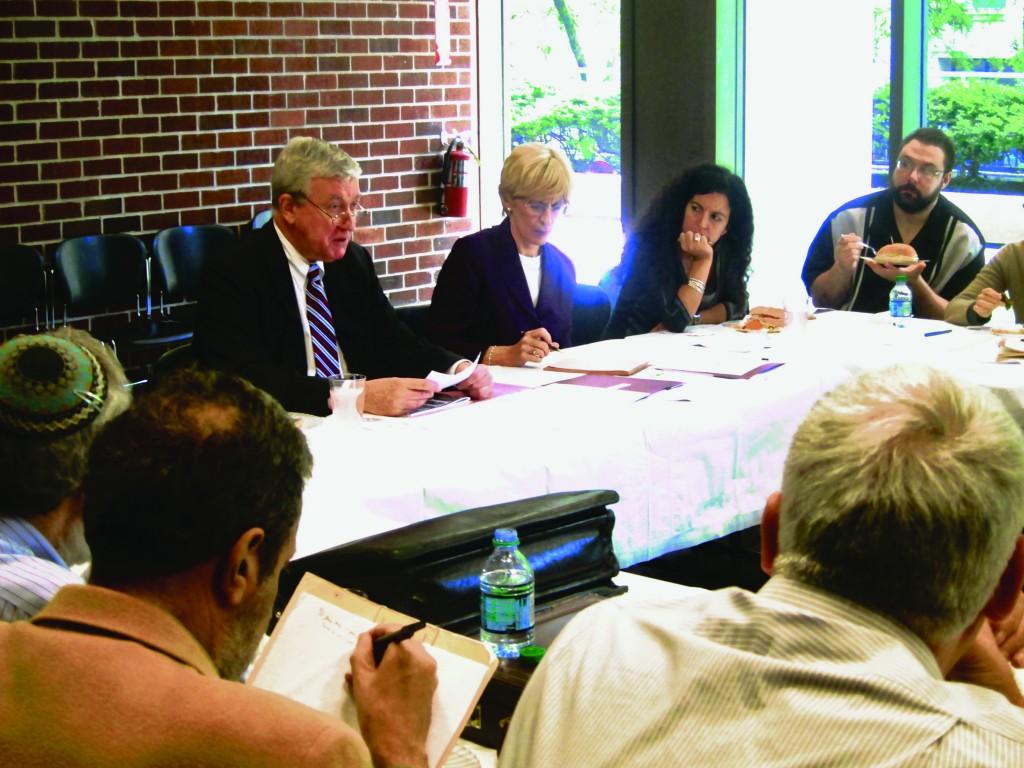 As of Feb. 26, Dean Robert R. Grimes, S.J., has taken a leave of absence from his position as a university professor and Dean of Fordham College at Lincoln Center (FCLC) citing “persistent problems” with his left foot. The university community was notified that day by a sudden email statement issued from the Office of the Provost that caught students, faculty and administrators alike off guard.

The statement, signed by Provost Stephen M. Freedman PhD and Fordham University President Rev. Joseph M. McShane, S.J., announced that Father Grimes, who has served at FCLC for 20 years would be replaced by Dr. Frederick J. Wertz of the Psychology Department. It did not mention a reason for Father Grimes’s leave, nor did it disclose that rather than opting for sick leave, Grimes was granted a faculty fellowship. As of Feb. 29, Dr. Wertz took office as the acting Dean of FCLC.

The abrupt decision, made collectively by Dr. Freedman and Father McShane, surprised several members of the faculty and administration including Dean of Students at FCLC Keith Eldredge and Psychology Chairperson Barry Rosenfeld, who found out about it in the preceding email, the same way that students did.

Nevertheless, Freedman maintained that “no academic duties and responsibilities that are related to students were in any way impacted.” Dr. Wertz, who taught several course in the fall, was not teaching any this semester as part of the phased retirement process he had just begun.

That Dr. Wertz had no courses this semester was a “totally coincidental” circumstance according to Freedman.

Father Grimes, who had never been awarded a fellowship in his time as Dean of FCLC, indicated that he wanted to at last take that opportunity which is normally available to tenure and non-tenure track faculty every four years.

University statutes describe fellowships as “expressions of encouragement” for faculty to “carry out study and research required for academic development.” They are awarded for one or two terms during the academic year and for two months during a summer session.

Indeed, Dr. Rosenfeld said that it was his understanding that Dr. Wertz would only hold the position through the summer and resume teaching upon Father Grimes’s presumed return. Dr. Wertz himself declared his commitment to the position of acting dean “for the remainder of this academic year.”
Dr. Wertz has been a member of the Fordham community for more than 30 years and is respected among many of his colleagues and friends.

“I have worked with Dr. Wertz in my years as Provost, and I’ve been highly impressed with his administrative skills and his ability to work with a wide number of constituents in a very caring and sensitive and appropriate way,” Dr. Freedman said. “He is an excellent administrator.”

Associate Professor of Psychology Karen Siedlecki attested that “Dr. Wertz is a kind and generous colleague who is respected for his wisdom and who is an insightful leader. I have found his guidance and support to be invaluable on numerous occasions.”

Associate Chair for Undergraduate Studies of Fordham College at Rose Hill (FCRH) Keith Cruise recalled that Dr. Wertz had chaired the Psychology Department when he started at Fordham. “I have directly witnessed his passion for educating both graduate and undergraduate students,” Cruise said. “He champions critical thinking skills in all of his students encouraging the use of both quantitative and qualitative methods to tackle important questions. To put it simply, Dr. Wertz is dedicated to the Fordham community.”

Assuming the role as acting dean, Dr. Wertz hopes to establish the foundation of position: “an open door policy” extended to all members of the Fordham community. “I aim to cultivate a collective enterprise where we work and thrive together,” he said. “I am attracted to and embrace diverse perspectives, including challenges and criticisms.” He hopes to keep in good communication with Father Grimes, the circumstances of his leave of absence permitting. “My main objectives are to extend my understanding of our community’s needs and aspirations, to coordinate fruitful collaborations and to advocate for our great college,” he added.

Dr. Wertz has taken over all of Grimes’s responsibilities, administrative, programmatic and curricular, working closely with the Interim Dean of Faculty of Arts and Sciences Eva Badowska, the Dean of FCRH Maura Mast, and the Office of the Provost. As such, he is in charge of faculty, staff and students, addressing the “structural and administrative needs of Fordham College at Lincoln Center,” according to Dr. Freedman.

“I devote myself entirely, heart and soul, to FCLC,” Dr. Wertz said.