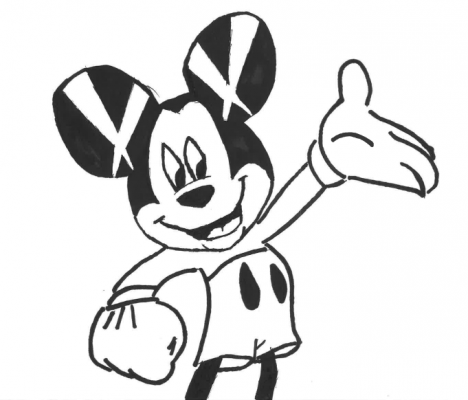 On Dec. 14, 2017, the Walt Disney Company announced that they would be acquiring 21st Century Fox for $52.4 billion. This was a move that has had—and will continue to have—repercussions in the greater industry landscape, especially as Disney continues its seemingly endless quest to absorb every aspect of media on the planet.

As part of the deal, Disney will gain quite a few intellectual properties, including “X-Men,” “Deadpool,” “Alien,” “The Simpsons,” “Planet of the Apes” and “Avatar.” In addition, Disney now has control, for all intents and purposes, of Fox’s cable networks. This is in addition to Disney’s current cable stable of television entities in ABC and ESPN, both of which it has owned for several decades. Disney will also have a controlling stake in Hulu, Netflix’s biggest rival, as well as ownership of every show exclusive to the platform. Perhaps the largest and most enigmatic shift, however, reflects the unknown consequences this deal has for the film industry. Significantly, Disney and Fox used to be integral parts of the “Big Six” movie studios; however, the acquisition will transform the “Big Six” into the “Big Five.”

Reactions to this news have been mixed. For many, this has been a source of joy, particularly for fans of certain media properties. Marvel fans are elated as the “X-Men” and “Fantastic Four” characters can now officially be incorporated into the Marvel Cinematic Universe, about which Marvel Studios president Kevin Feige has expressed eagerness. Lucasfilm is likewise enthused as distribution rights to certain “Star Wars” media, most notably the original 1977 film, now land with Disney instead of hanging in copyright limbo; essentially, this allows Disney full rights to create new or restore old versions of every “Star Wars” movie. Still, others express their satisfaction that owning certain properties will allow Disney to diversify its lineups at the various Walt Disney Parks and Resorts, thus increasing its already massive success.

However, some are not so keen on the deal, particularly those who view the deal as a potential incidence of antitrust violation. The Disney-Fox acquisition can be seen as parallel to the proposed T-Mobile and AT&T merger from several years ago; at the time, the merger was almost guaranteed to happen. In a surprising twist, the Department of Justice declared that the merger removed too much competition from the market. For many, the Disney-Fox deal has shades of the merger, and there are certainly fears that Disney will have a monopoly as a result of its worrying strides in acquiring media properties.

Others view the news in a negative light due to its effect on the movie industry. While it may seem like the transformation of the Big Six into the Big Five is a largely cosmetic issue, it poses serious concerns for the viability of smaller films. While one can be assured that Disney will maintain its blockbuster slate, Fox Searchlight’s independent productions may dwindle in numbers if Disney judges them an unnecessary expense. This, in turn, will cause production crews to diminish, which means there will be fewer movies for people to work on, which ultimately means fewer jobs. There may be a risk of an employment runoff once the deal has been finalized and made effective.

While all of this seems quite doom and gloom, this deal is altogether a positive thing for the media landscape. Though Disney is not exactly lacking in its content, many view their stable as stale, predictable and sterile. From animated films to Marvel movies or even “Star Wars,” it can often feel like Disney specializes only in family-friendly action-packed entertainment. The Fox acquisition certainly affords Disney a greater diversity from horror in “Alien” to adult comedy in “The Simpsons” to contemplative Oscar productions in “Planet of the Apes.”

Of course, a diversity in properties is not the only positive of this deal. In an era when American media is growing weaker due to the rising influence of China’s own burgeoning entertainment industry (which has already nabbed stars like Matt Damon for films like “The Great Wall”), it has become increasingly clear that the major forces in the industry are no longer domestic. Disney’s acquisition of Fox speaks to a clear intent of shoring up defenses against foreign media, strengthening and consolidating power into a centralized company. Most fears of monopoly are overblown, as it usually only views the issue through the lens of the United States when the entertainment industry has been globalized for many years now. Not to mention, the streaming boom is in full swing: Disney’s improved slate of television series and films makes sure that it can compete with the commercial and cultural juggernaut that is Netflix. Finally, there are historical precedents for major movie studios rising and falling; Disney was actually an addition to the “Big Six” after the fall of RKO Radio Pictures. The “Big Six” is seemingly a relatively fluid list, and Fox’s fate only reflects historical trends.

The Disney-Fox deal has its share of well-worn concerns, but it is a testament to American media and a show of strength that Hollywood is just as strong as ever despite shifting tides in the global entertainment landscape.