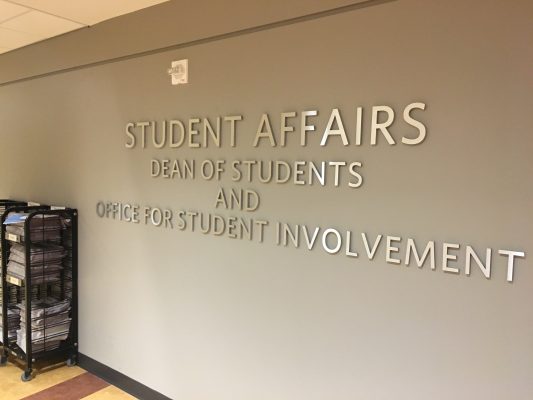 The Office for Student Involvement pledged support to the BSA. (Jeffrey Umbrell/THE OBSERVER)

The Black Student Alliance (BSA) at Fordham Lincoln Center (FCLC) has made the decision to take a temporary hiatus. BSA held an open meeting on Feb. 7 to discuss what could potentially be a semester-long break and address the uncertainty surrounding its future. Club President Mikaela Berry, FCLC ’18, is stepping down from her position, but members were assured that BSA activity would resume as soon as possible.

Berry admitted to the club that the meeting was being held under “not the best circumstances.” She cited communication issues, low meeting attendance and personal conflicts as the causes for her resignation. Berry has been on the Executive Board (e-board) of BSA for two years and said that, upon becoming President, she “really wanted to see the club flourish.”

Despite her expectations, Berry found it difficult to promote BSA and attract new members. Last fall, meetings were generally poorly attended, which rendered it difficult for the club to operate to the extent that Berry had imagined. She became “frustrated” with the low attendance and eventually decided that it would be best if the club took a break to regroup and reassess its priorities.

The decision weighed heavily on Berry. She expressed at the meeting that she felt like she “failed” BSA as a leader, but ultimately, “this was the decision that made the most sense for what we were given and the time that we were given.”

Paige Bryan, FCLC ’19, BSA Secretary, said that she felt that the hiatus could have been avoided. “We could have had a lot more communication” among members, she explained. “There’s a lot of stuff that we wanted to do at the beginning of the semester that wasn’t put onto the table, and I feel like that affected a lot of what we were able to do.”

Bryan also noticed a drop in club attendance from previous years but said it was “difficult” to effectively promote BSA and reach out to students who are hesitant to join. “I think it’s a matter of community involvement and realizing that it’s okay to go past your own borders,” she said. “I think there has been a drop [in attendance], but I feel people just need to find things that they feel really passionate about, like I’m passionate about BSA.”

One of the largest obstacles BSA faces is vacant leadership positions. None of the current e-board members are able to return after this semester, and the new leadership will likely face the difficult task of reestablishing the club’s campus presence. It was noted that, at the very least, the hiatus gives the new leaders time to focus on and plan for the fall semester. Bryan optimistically said that “this is a good position for a lot of underclassmen to take up a mantle that’s pretty serious but also to show that they want to do something for our campus as well.”

Dr. Dorothy Wenzel, director of the Office for Student Involvement, was present at the meeting, and offered her assistance and support. “I helped BSA get started five years ago,” she told club members. “I’m still eagerly excited to help whichever group wants to step forward to move forward to next year.” She emphasized that filling e-board positions was the first priority in moving towards the fall.

Some members expressed frustration with the Office for Student Involvement and the Fordham Administration in general, and said they did not feel supported or valued by the university. Bryan emphasized that she wanted BSA to be more than a “figurehead,” and that it should “be able to have a say in how the university handles black issues.” Both she and Wenzel wanted better communication between BSA and the administration, and Wenzel pledged continual support from the Office for Student Involvement. “I certainly don’t think of this group as a token,” she said. “We don’t want, I don’t want, USG [United Student Government] doesn’t want you to go inactive.”

The decision was ultimately made for BSA to become a “meetings-only” club. Meetings-only clubs still hold regular meetings and can make administrative decisions, but do not receive funding from the university until they resume an active status. Wenzel said that as soon as the vacant e-board positions were filled, BSA could become an active club again. “We could literally next week meet and you could be active again,” she said.

The problems BSA faces are perhaps symptomatic of larger issues present in the Fordham community. Members observed a university culture in which “a lot of clubs do a lot of things that nobody comes to, because a lot of people just come to class and leave.” There are, certainly, times when Fordham does not feel like it has a particularly cohesive community. Consequently, it is especially important that clubs like BSA continue to provide spaces for students where they can feel valued and have their voices be heard.

When asked where BSA would like to be by the end of the semester, Bryan said, simply, “Active!”