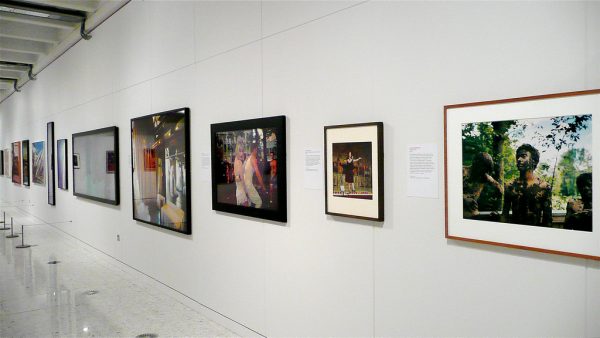 Despite the fact that about 51 percent of visual art is done by women, only about 30 percent of women’s art is displayed in top galleries. (HERRY LAWFORD VIA FLICKR)

Exclusion is a timeless tyrannical tactic propagated to limit the representation of women and other marginalized groups within the creation of culture. Despite a woman’s integral role in society and the reality that women make up the majority of the population, women are often kept on the sidelines in comparison to their male counterparts when it comes to designing the omnipresent social constructs that impact each and every aspect of their daily lives.

Up until the mid-twentieth century, art was largely created by men, for men. The fact that women were also patrons, creators and consumers of art was considered a threat to the balance of society. It was hard for women to secure any career-oriented artistic opportunities. Pre-19th century female writers used “pen names,” pseudonyms which helped them conceal their identities to avert literary biases that prevented them from selling their work.

In 1989, the Guerrilla Girls, an anonymous organization of artists determined to fight against sexism in the art world, found that less than five percent of the permanent works of art that hung on the Metropolitan Museum of Art’s walls were made by female artists. Also, the project estimated that 85 percent of the nude portraits were of females. There was an evocative campaign that year which suggested women needed to be naked to be showcased in the Metropolitan Museum.

Almost three decades later, little has changed. According to the National Endowment for the Arts, 51 percent of working visual artists are women. Even though the majority of visual artists are female, only three to five percent of their artworks remain in permanent collections of the most renowned museums in the United States. Males account for about 49 percent of visual artists and yet they make up about 70 percent of the individuals represented by the top galleries in the biggest metropolitan cities in the country. This problem transcends the omission of women alone; on average, only twenty percent of artists showcased in galleries are people of color. In terms of the film industry, women represent 28 percent of screenwriters, directors, creators, producers and editors.

Culture, as of right now, is largely a masculine phenomenon. This presents a problem because the majority of the population does not relate to the attributes that characterize masculinity. Individuals lacking the Y chromosome, along with some who carry it, are forced to artificially align themselves with the white male-dominated illustrations of experience to partake in a feeling of connectedness. As social beings, we want to connect with others because the ability to align ourselves with the experience of another is an ineffable sensation in itself. But having a one-sided perception of the experience of life will provide limited narratives of the many stories every individual accumulated in their lifetime. I am in no way saying that the white cisgender male experience lacks individuality. I am merely emphasizing that, whether art imitates life or life imitates art, the very essence of life is dependent upon our experiences. Experiences are wildly different between groups and the smaller factions within these groups, including—and especially—minority groups.

Since the incipient years of civilization, men predominantly were able to communicate their experiences and have them heard. It was really not until the last century that women were able to have their illustrated experiences viewed without being completely disregarded. For too long, we have had a one-sided perception of what the essence of experience was because only men could tell the tale.

A member of the Guerilla Girls, who goes by the pseudonym Frida Kahlo, once said, “How can you really tell the story of a culture when you don’t include all the voices within the culture? Otherwise, it’s just the history, and the story, of power.” It is vital that we as a generation are able to revel in a new era of artistic efflorescence in which individuals of any gender, race or sexuality can share their experience and be guaranteed an equal chance of their art being displayed to the masses. A culture is to be embraced by all—white cisgender men can no longer be the only recognized architects of culture.

It is imperative, now more than ever, that we dissect the systematic impediments for women in art to ensure a deeper understanding of the obstacles they face so that we can minimize some of those hurdles. The different forms of art shape our culture and create a fundamental mentality for a generation so we must extinguish the embers of exclusion to create a more inclusive field in which women and all other marginalized groups can and will make great strides. As Linda Lochlin once said, “The fault lies not in our stars, our hormones or our menstrual cycles, but in our institutions and our education.”