The Rise and Fall of Microtransactions 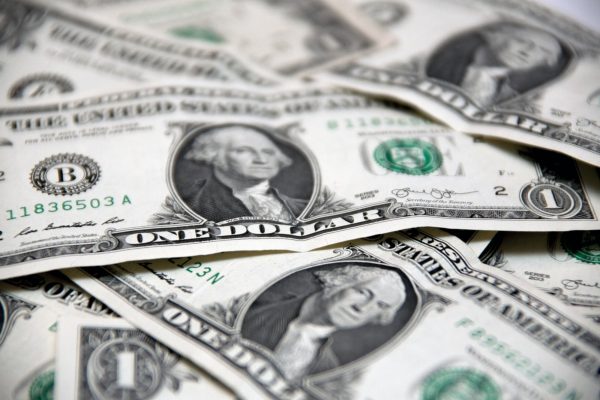 Microtransactions, a hotly debated topic among gamers lately, could mean the difference between paying a few dollars and paying a few hundred dollars for a game. (COURTESY OF PEXELS)

Video games are expensive to create. To put that reality into perspective, let’s take two games from recent memory: Activision’s “Destiny” cost upwards of $150 million for pure developmental expenditures, not counting the additional millions they sunk into marketing; Rockstar Games’ “Grand Theft Auto V” cost an astounding $265 million, making it the most expensive game ever made. Let me repeat: video games are very expensive, and they are only going to get more so.

Despite the ever-increasing cost of making these pieces of media, the base retail price of a video game has not actually increased within the last 15 years. That means that every new video game costs at most $60, not counting various special editions and whatnot. If you adjust for inflation, the market value of the average big-budget game has actually gone down over time. Add on to this the various slices of that $60 that retailers and console manufacturers take, then publishers will be hard-pressed to see more than a $15 return on their investment in any individual purchase. Plus, increasing the price above $60 would be a hard sell to any consumer. It should be obvious that this combination of factors leads to a significant falloff in terms of profits, making it that much harder for new games to break even. How, then, are we to reconcile the gaming industry’s growing budgetary issues and the dwindling value of the games’ suggested retail price?

A growing number of publishers are using microtransactions, relatively cheap purchases used to attain in-game bonuses, to combat this issue. These microtransactions have normally been the purview of mobile games like “Candy Crush” and “Clash of Clans,” which are free to play but require the purchase of “premium currency” in order to progress at a reasonable rate. There have been numerous news reports about disgruntled parents whose children have eaten up thousands of dollars on these games, usually because the parents were not careful enough with where they placed their credit cards. What is troubling, however, is that traditional publishers are beginning to use this system in big-budget $60 titles.

Consider “Star Wars Battlefront II,” one of Electronic Arts’ main releases of the year. The game uses a popular system called “lootboxes” that are bought with real money. Everything you get in the box is totally random, which means that it might take multiple purchases before you get anything you actually want. The real kicker is that lootboxes are the only way that one can progress in the game: for example, if you buy a lootbox, you will inherently have certain advantages (better guns, stronger abilities, more health, etc.) over other players. In other words, the entire balance of this multiplayer shooter is based around outspending your opponent. It does not take much knowledge of video games to realize that a system like this would destroy any semblance of fairness or competition in a game where that sort of thing is vital to maintaining a high number of consistent players.

Companies are trying to turn games into a “service.” However, what they are doing with them hardly counts as a service. It hardly even counts as a “game” at all. It used to be that if you paid a base price for a game, you got everything in the box. This is no longer true. Now, everything in the box is divided into tiny chunks, and you only pay for access to the box. The companies have stopped selling you video games: they are selling you a menu where they can sell you individual items. And if you do not buy more stuff, good luck having fun while other people routinely beat you just because they spent more money on lootboxes.

However, there are ethical ways to use microtransactions. Blizzard Entertainment’s “Overwatch” is a similar multiplayer shooter to “Battlefront II,” broadly speaking, and also has a lootbox system. The reason why “Overwatch” works is because they create entirely free content updates consisting of new characters, weapons and locations—all of which are accessible after the initial purchase. Their lootbox system provides only cosmetic bonuses such as alternate costumes and voice lines, meaning they have zero effect on the game’s actual balance. “Overwatch” is easily the most successful shooter in recent memory, yet despite its success, big publishers insist on using systems which destroy game balance and fracture player bases in order to turn more profit.

Games are expensive, but sacrificing the essential things that made them great in the first place will only drive people away from them. Video games are a type of media unlike any other, unique in their ability to engage the audience in a more tactile and meaningful way. Compromising their structure for the sake of profit will only destroy the medium’s integrity. Games should be more than just a return on investment.