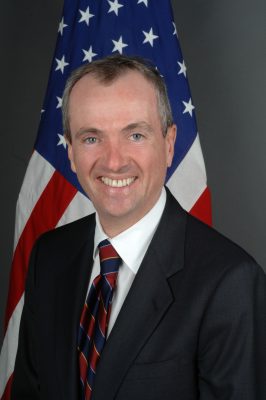 After a bruising defeat in the 2016 presidential election to the most unpopular presidential candidate potentially ever, the Democratic Party is now faced with the arduous task of rebranding and rebuilding itself from the bottom up. While the American left as a whole is unified by opposition to President Trump, a tense civil war within the Democratic Party between supporters of Hillary Clinton and supporters of Bernie Sanders in the party’s 2016 primary has only strengthened. Divisions in the party have deepened, rather than beginning to heal. In order for the party to begin to win back seats, it needs to focus on pragmatism over ideological dogma and work to help unify the country.

A recent debate in the Democratic Party has arisen over the need (or lack of need) for “litmus tests” that would demand Democratic candidates’ ideological purity on an issue or issues. It is imperative to realize that in more conservative or even moderate regions of the country, demanding ideological purity will be a detriment to the appeal of Democrats in those areas. If the only way a Democrat can win in a socially conservative state is to run on a platform declaring themselves as “pro-life” then they should do so. While such a viewpoint goes against the Democratic Party’s platform, the candidate would agree with the Democratic Party on the vast majority of other issues, thus making them a clear asset to the party overall. There is no cookie-cutter shape for Democrats that can win them in every nook and cranny of the country, so by allowing at least some diversity of opinion in more conservative areas, they can break new ground in rural America.

The second thing that Democrats need to do is help unify the country in the midst of a time of extreme political polarization. They will have to accept that many Americans may not agree with their views, but it is imperative that they at least attempt to sell themselves on being able to work across the aisle to deliver effective public policy for all Americans. It is very important that Democrats voice opposition to the (many) policies coming out of the White House with which they do not agree. However, a message to voters simply of “resistance” combined with internet graphics of clenched fists fails to show that they will be able to effectively work on their own, much less across the aisle. After all, a surface level of bipartisanship is necessary for most major legislation to be stable.

Such tones coming out of the Democratic Party as a whole recently can land individual members of the party in hot water by being blasted as “out of touch” by their Republican opponents. It is of utmost importance that Democrats put a strong emphasis on decency and cordiality in politics to show themselves as a refreshing contrast to the scorched-earth politics of Trump’s Republican Party. They must follow the quote from former First Lady Michelle Obama speaking in 2016: “When they go low, we go high.”

In many ways, Ralph Northam’s victory in the Virginia gubernatorial race this year shows Democrats a roadmap forward. Northam ran as a mild-mannered, relatively moderate Democrat who was clearly a great fit for this swing state. Being from rural Virginia and proposing policy plans that specifically spoke to rural Virginians, he was able to reach out to at least parts of a group that felt completely left out from Hillary Clinton’s 2016 presidential campaign. He also ran ads in northern Virginia and Richmond emphasizing his support among leaders of the African-American community, which greatly assisted in motivating voters of color. Northam ran a calm campaign minded in decency and real solutions for all Virginians across lines of difference. Additionally, the Democrats picked up over a dozen seats in Virginia’s House of Delegates. One Democratic candidate who won one of these seats was Danica Roem, the first transgender woman to be elected to Virginia’s state legislature. The Democratic Party could look to her campaign as a successful blueprint for how to win swing (and red) states across the country. If they do this and utilize such a victory to their advantage, they will have great success in 2018 and beyond. They might even win so much that they might get tired of winning.