Lack of Asian-American Visibility in Theatre 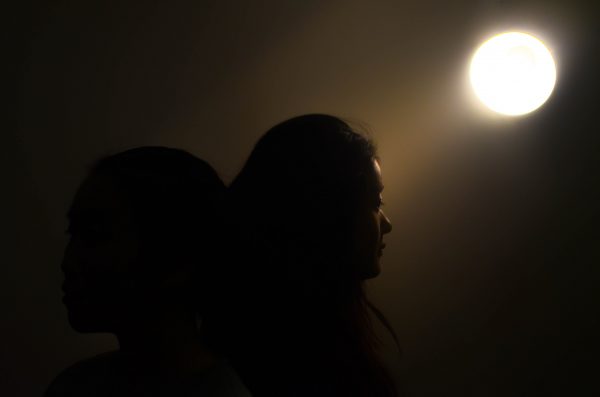 Asian American theatre students feel excluded from this year’s theme “What does it mean to be American?” (Photo illustration Sarah Takash)

What does it mean to be American? This question was what Matthew Maguire, director of the Theatre Program at Fordham College at Lincoln Center (FCLC), envisioned as the overarching theme for the four mainstage productions the program would put on this 2017-2018 school year. However, the two productions this fall — “Magnolia,” heavily centered about tensions between a black and white family, and “The Way West,” an all-white cast — have left many Asian-American theatre students feeling excluded.

“‘American’ is such a broad term and can be applied to many different situations,” Carol Jeong, FCLC ’19, said. “[The mainstage shows] were our opportunity to have some Asian American casting.”

Every year, the FCLC Theatre Program releases four mainstage productions, where the department brings in outside directors, set designers and costume designers to put on each show. These productions are prime opportunities for FCLC’s theatre students to make real-world connections, attain some professional experience and improve their craft. Because “Magnolia” told a story centered on racial tensions between a white and black family in 1960s Atlanta and “The Way West” was a story about white people, Asian-American theatre students felt they were at a disadvantage from making these useful connections.

“We always have in our conscious mind that [these roles] aren’t meant for Asian-Americans and even auditioning for it sometimes feels uncomfortable if there’s already a disconnect,” Jeong said.

“We are encouraged to audition for everything no matter what, but I felt really disrespectful towards the author of the play” Kate He, FCLC ‘20, added. “I think everyone should have a fair chance to audition. The purpose is to get an education out of the experience.”

“This purpose is for the students to feel free to explore characters from diverse backgrounds and to expand themselves as actors and to learn about other cultures. It is also a good exercise to think outside of the box,” Saito said.

While the theatre department claims to be open to colorful casting even when the plays they choose specifically call for specific races, the director for “The Way West” did cast an all-white cast.

“Just to know, yes, I have this face, and no, you can’t make it look like any other type of race and having to audition for a play that is about racial tensions between two races and not Asians, it becomes uncomfortable. You wonder if you’re supposed to be in this,” said Jeong.

There is, however, an increased dialogue between the students and faculty. Season planning forums, meetings open to all students and faculty, discuss the mainstage productions and any other concerns within the theater program. Instead of meeting one to two times a semester, like in the past, Maguire has held four season planning meetings this semester, and is holding a fifth one before winter break. The faculty is working further to involve the students more on decision-making and communicating with them about the process that students are not actively involved in, such as the hiring of directors and designers.

While students have a say to an extent about who should be hired, faculty ultimately decides on which directors are going to work on the productions, as these outside professionals have to be interested, have the time and an open schedule. They also must agree on payment. As Asian and Asian-American representation in the performing arts in the real world is limited, these situations make finding Asian or Asian-American professionals even more difficult. It is challenging for faculty to choose four plays a year that all students will find acceptable while still including these necessary factors.

“With that transparency comes a safer space,” Natalia Lee, FCLC ’20, said. “We really have made progress – I think it’s just making sure that we keep going.”

“Asians students are in a different place in the chronology of our civil rights and the marginalization of Asian-American stories, and I think it’s important to tell them to an extent. There’s just not enough face-time,” Kiernan Westrick, FCLC ’21, said.

“We’re not at the place to do that yet,” He responded.

“I do think it is important to do an Asian-American play at some point just because I think our stories are not told very often to begin with, whether it’s inside Fordham or outside in the real world,” added Lee.

In the meantime, these Asian-American theatre students are pushing for more non-race specific plays, like Shakespeare and Moliere. Jeong believes the theatre department is heading in this direction, as these classic plays are fair for students all races and very open-ended, so the directors send a specific message.

Regardless of the direction the program is taking their mainstage productions, the main goal is to keep the line of communication open.

“It should be a collaboration and discussion on what should happen,” Jeong said.

“A huge reason I came to Fordham was the diversity and the faculty cares. So I think it’s great that Asian students have safe space because it’s so rare,” Westrick, hopeful for the future, said.

For anyone who would like to voice their own concerns, the next forum meeting will be on Dec. 13, from 3:30-5 p.m.