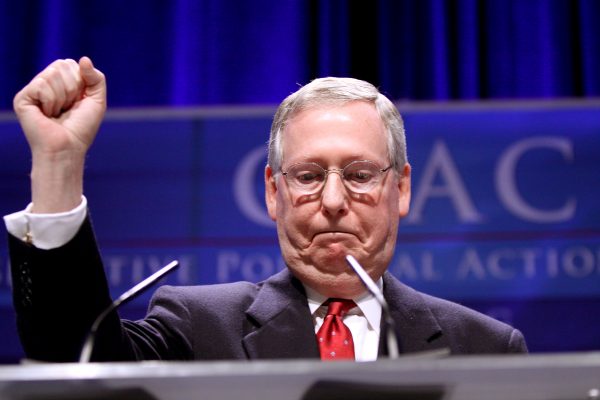 Taxes get a lot more interesting when you look at them as a window into the government’s priorities. Put simply, you tax things you want less of and subsidize things you want more of.

For example, under Obamacare’s individual mandate, the government taxed people who chose not to have health care coverage and subsidized health care premiums for the poor. It did this because it wanted to have fewer uninsured people. On the other hand, the government has a long-standing goal of reducing smoking and taxes tobacco products at the federal, state and, often, local levels.

Under that framework, the tax plan put forward by House GOP leaders has its priorities in the wrong places.

First and foremost, the whole plan exists primarily as a way to deliver a tax cut to the very wealthy, who are already taxed at historically low rates. But that’s not all—it rewards those who are both very rich and very lazy by lowering the tax rate on “passive income” (income from investments, not salary) to 25 percent. Passive income is currently it is taxed at the personal income tax rate, which is 39.6 percent for those earning over $418,700. Seventy percent of such “passive income” goes to the top one percent of earners, according to a 2015 study by the National Bureau of Economic Research.

To pay for this tax cut, the plan would remove a number of important deductions which benefit many more people: it changes the way graduate tuition waivers are taxed, eliminates the deductibility of state and local taxes and cuts the mortgage interest deduction. All three deductions exist in order to promote upward mobility in American society. Removing these in favor of tax breaks for “passive income” incentivizes activities that are bad for the American public.

The tax bill would also drastically increase taxes on those pursuing post-graduate education, discouraging further education and dealing irreparable long-term damage to the U.S. educational system and economy. The American education system has been one of the foundations of American competitiveness for decades, as well as a reliable means of upward mobility for many Americans. A strong educational system is valuable for a multitude of reasons from producing well-rounded citizens to building a dynamic and adaptable workforce.

Many universities—particularly lower-cost state schools—provide funding to post-grad students through tuition waivers, often offered in return for teaching or research hours and usually designed to cover the cost of living during their studies. Currently, these waivers are not taxable, which makes a good deal of sense (you can’t buy groceries or pay rent with a tuition waiver).

Since they are spending their time studying, teaching and researching to earn their waiver, most grad students do not have much cash income in addition to having very low tax bills. The new tax plan would count the waivers as taxable income, requiring grad students to pay thousands of dollars more a year in taxes and putting a graduate education out of reach for many students.

The state and local tax deduction is a common-sense deduction that would also fall prey to the new tax plan. For example, if you pay $100 in taxes to your state or city (including both income and property tax), you don’t have that money available to pay taxes to the federal government, and you should not be taxed twice on it. This is the way it has worked for decades, but under the new tax plan, you would wind up paying taxes on that income twice.

Switching this would put pressure on states and cities to cut services—likely, services that are more closely tailored to the groups who use them. It would hit low- and middle-income people in high cost-of-living areas (like New York City) especially hard, as they pay higher property taxes and often have higher state taxes.

For decades, the government has tried its best to encourage more Americans to be homeowners with varying effectiveness and unintended consequences. One significant part of this policy has been the mortgage interest deduction, which makes it easier for people who borrow to buy a home to pay back their mortgage.

Homeownership helps people develop ties in a community and build equity over time, which can fund emergency expenses or help pay for tuition. Cutting the mortgage interest deduction would discourage homeownership and encourage renting, which has less stability than homeownership.

These are just three examples of how the proposed tax bill makes clear the priorities of those who wrote it: they are willing to make it harder to attain upward mobility—with fewer highly-educated workers and homeowners, and fewer local services—in order to have a larger tax break on passive investment income for the very wealthy. This path will make life harder for the majority of people in the United States and undermine the economy in the long run, and it is not a path we should go down.