So What’s Up With Those Giants? 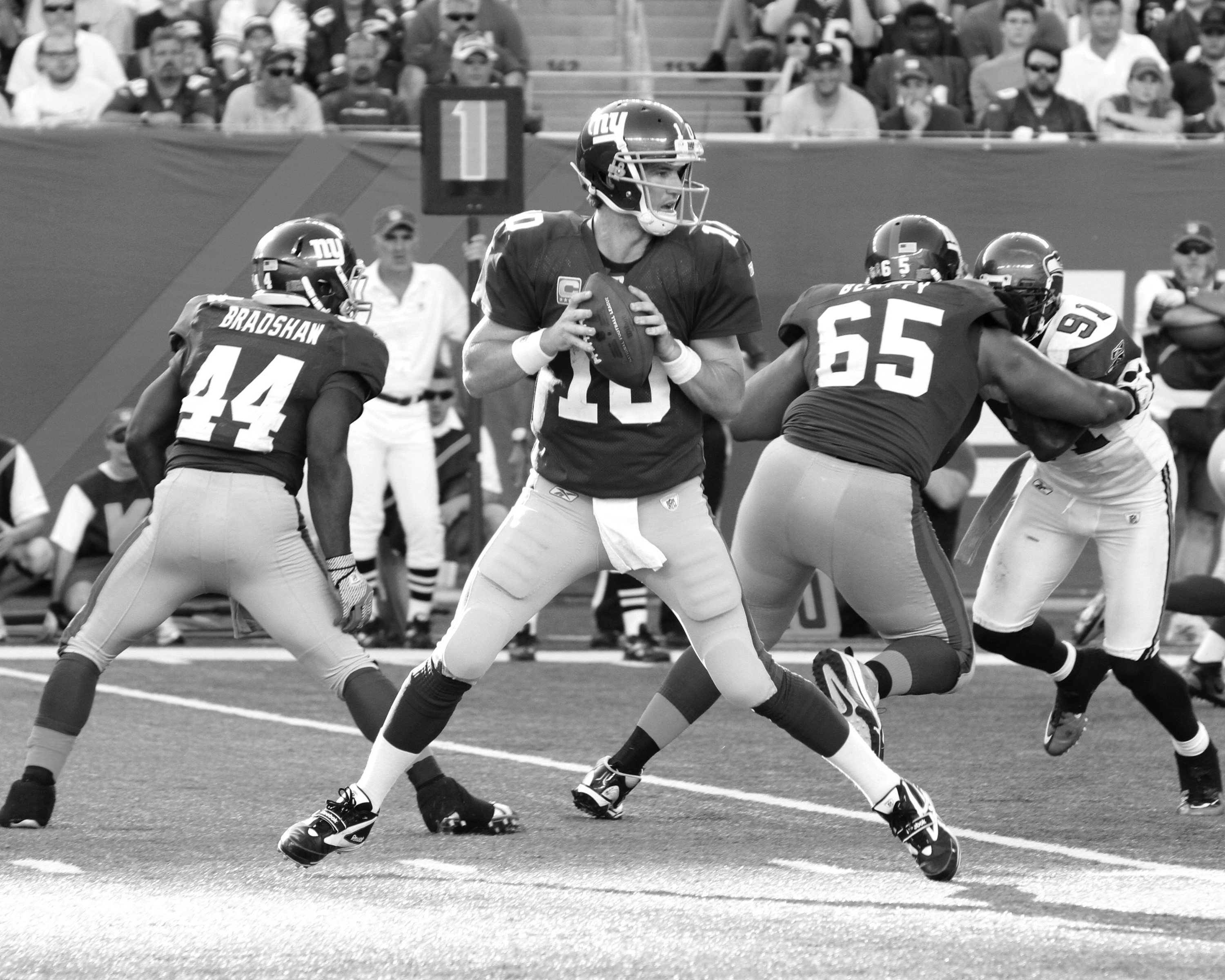 The New York Giants continue their struggles into their next week of play, after having lost nine of their last ten matchups. (MIKE LIZZI/FLICKR)

Much to everyone’s surprise, four-time Super Bowl champions the New York Football Giants have gone 1-8 in the first nine weeks of the NFL. The last time the Giants lost the first five games was in 2013, where they actually went 0–6. They eventually went on to finish the season with a record of 7–9, and they were in third place out of four in their division, the NFC East. Currently, they are in last place in their conference.

Fortunately, during Week Six, they had a miraculous turn for the better, and they won against the Denver Broncos, who, before the game, were 3–1. Obviously, they were highly favored to win, and the Giants were able to pull off a victory, defeating the Broncos 23–10. It’s not just that they were able to beat the Broncos, but they beat them without many of their star players. Among the injured on the team are Landon Collins (safety), Paul Perkins (running back), Shepard Sterling (wide receiver), Olivier Vernon (defensive end) and Odell Beckham Jr. (OBJ)(wide receiver). Dominique Rodgers-Cromartie, also known as DRC (cornerback), was also out last week, but it wasn’t due to injury. The details are unclear, but it is said he and Giants head coach Ben McAdoo had an argument about DRC’s position on the team and playing time in the field. The result of that was DCR being suspended indefinitely. As it turns out, DRC was only suspended for one game and came back in the game against the Seattle Seahawks during Week Six. However, he barely played, and it is unclear if Coach McAdoo didn’t play him much because of this fight.

Three of the Giants receivers are out for the season—OBJ, Dwayne Harris and Brandon Marshall. These receivers are some of the best in the NFL, so to lose them is a huge loss for the Giants. However, they got these injuries in Week Five, when the Giants were 0–5. They won the following week with basically none of their star players. Nobody expected the Giants to win that game.

One of the happy surprises was that McAdoo decided to give up his play-calling for the first game in his career. Play-calling is one of the jobs of the offensive coordinator, which McAdoo was two seasons ago before he was head coach. When he got the job of the head coach, he refused to give up play-calling, a move that was criticized by most of the fans, but since last season went so well for the Giants, nobody thought much of it. It is pretty rare for a team to go to the playoffs in their first year with a new head coach, but the Giants managed it last season. However, with the Giants going 0–5, he relinquished his control and gave it to offensive coordinator Mike Sullivan. Since the Giants won this game against the Broncos, it seems like that was a good move.

Francis Keane, Fordham College at Rose Hill (FCRH) ’18, said, “[The Giants’] offensive line has not been good and I think that they have been playing better because they didn’t have OBJ or their other top wide receivers to rely on, so they had to focus on a stricter game plan and more of a ball distribution to different players rather than trying to rely on two guys. I think there was almost a feeling of a safety net on offense and between that, the lack of an offensive line and a defense that couldn’t be relied on, it led to going 0–5.”

Gabby Longobardi, FCRH ’20, said, “I think they should consider playing and starting some of these rookies. If they don’t want to make them official starters then they should switch them out. At the end of the day, you want to win, so you need to put out the players that’ll help do that.”

Week Seven came and went with the Giants returning to the Meadowlands to face off against the Seattle Seahawks, who before the game, were 3–2. For the first half of the game, it was generally low-scoring, as the score was 7–3, with the Giants in the lead. However, in the second half, the Seahawks turned the tide and were able to bring the score to the final 24–7. A controversial touchdown pass has been highly talked about. Seahawks quarterback Russell Wilson threw a 38-yard pass to receiver Paul Richardson. However, Landon Collins, a Giants defensive player, was covering him and it’s been highly disputed on whether or not he intercepted the ball. Both Collins and Coach McAdoo rewatched the clip and saw that, in their opinion, it was clearly an interception. Additionally, the receiver was out of bounds. However, a referee for the game said it was clearly a touchdown since Richardson lost possession, but then regained it before Collins got his hands on it.

It is unclear whether this touchdown being ruled an interception or even an incomplete pass would have changed the tide of the game. However, many bad play calls were clearly made, by both the Seahawks and the Giants, and many believe the Giants lost because of bad referee calls.

For Week Eight, the Giants fortunately had a bye week. Fans had hoped they would use this week as an opportunity to relax, regroup, and prepare for significant improvement. However, as Week Nine came and went, the Giants suffered a disappointing loss at home against the Los Angeles Chargers. The Chargers completely annihilated the Giants by a score of 51-17.