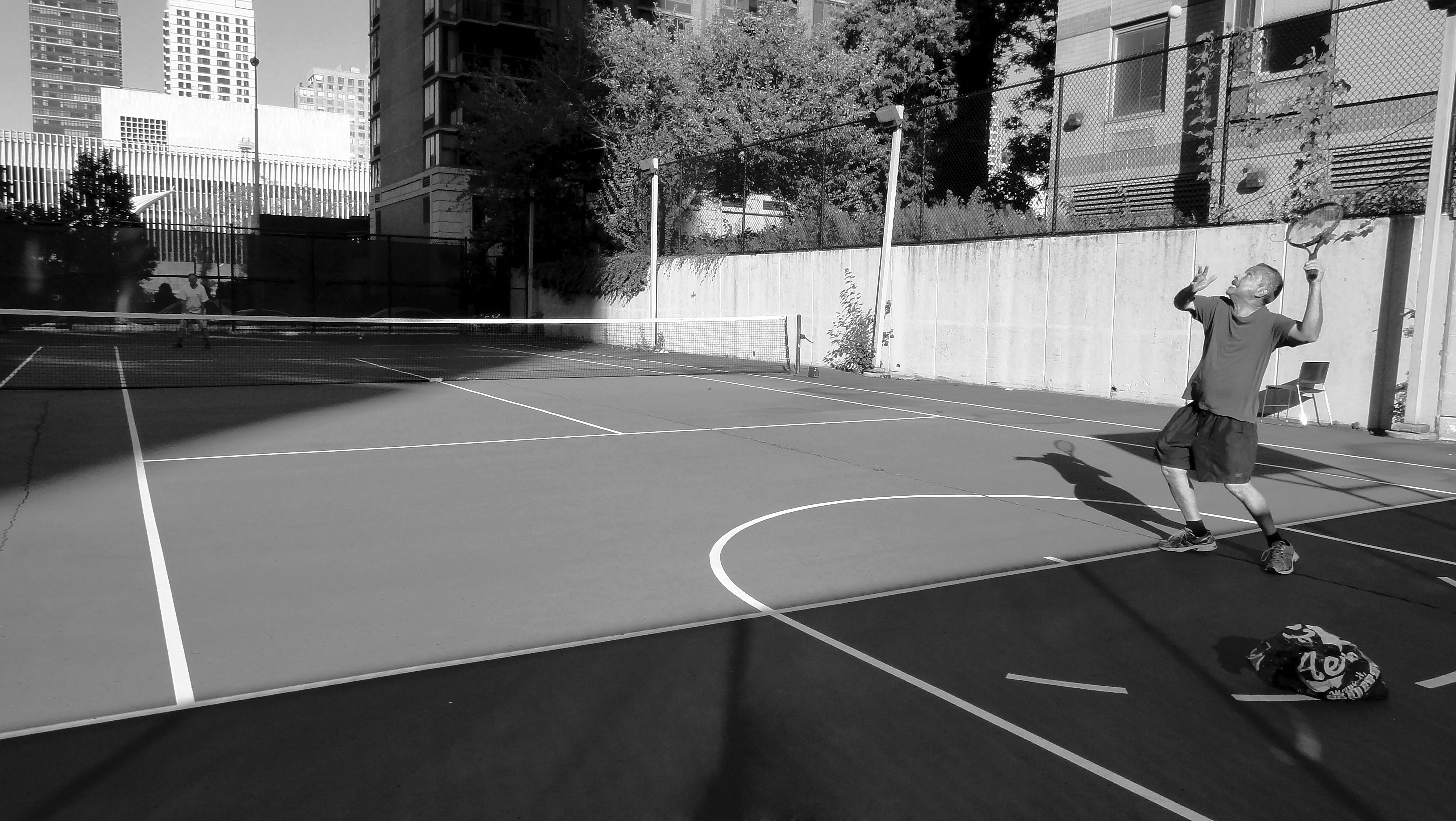 Tennis, which used to be offered at Lincoln Center, is another sport that we no longer have. (AYER CHAN/THE OBSERVER)

Intramural sports are a fun way for those who do not have the time or skill necessary to play club or varsity sports to take part in organized team sports on the college level. They are an exciting way to be able to get the team sport experience without having too much pressure or too large of a time commitment.

At Fordham, all intramural sports are located at Rose Hill and are played either on the fields or in the gym on campus. They offer co-rec—all genders can play—and men’s league flag football and softball, and just co-rec soccer in the fall. In the winter there is co-rec, men’s and women’s 5-on-5 basketball, and co-rec and women’s 6-on-6 volleyball. Finally, for spring intramurals there is just co-rec kickball and soccer, and co-rec, men’s and women’s softball. Some students decide to just play a sport in the winter or fall, while others decide to play one or even two every session, but all sports and all times are open to all students. All one has to do is either join an already existing team or create a team of their own and invite others to play.

For students, choosing what sports they most enjoy or what team to play on provides the unique opportunity of playing with friends and spending time with them that you may not have been able to otherwise. Jon Oak, Gabelli School of Business at Lincoln Center (GSBLC) ’18, a veteran of several intramural basketball teams said, “Intramurals are a great way to socialize and keep me active,” in addition, “It’s something that keeps me in touch with many of my friends when my schedule doesn’t permit otherwise.” This opportunity to make new friends and keep in touch with old ones while potentially winning competitive games is something that is a very unique opportunity to most students, especially at Fordham Lincoln Center.

While being able to form teams and play with whomever you like is a large perk of intramurals, being able to play in the games themselves is also a great experience. Matthew McCarthy, GSBLC ’18, a veteran of several sports including flag football and basketball said, “Intramurals combine the competitive nature of sports, even if you’re not the best, with the thrill of winning and even losing games.” He continued, “However, one thing that isn’t shown in the wins and losses columns are the friendships and memories made.” In addition, many students see intramurals as a place for personal growth along with team building. One such student is Wayne Mackins, Fordham College at Lincoln Center (FCLC) ’19, who has played seasons of both flag football and basketball, who said, “Intramural sports made me be aware of my personal efforts on and off of the field. I can only control what I do and how I can contribute, and also the ownership of my actions.”

One complaint that students from Fordham Lincoln Center have about intramurals is the fact that all the games are at Rose Hill. Students that play in games often must leave an hour or an hour and a half before games to get there and have enough time to warm-up. However, many games are scheduled for 10 or 11 p.m. on school nights which makes it difficult for students with early classes to make it to games. Katherine Tracy, GSBLC ’18, addressed this issue and said, “The Ram Van rides, often at 11:30 p.m. or midnight, on the way back to Manhattan can be grueling, but I find it to be a worthwhile experience.” She continued, “I look forward to playing volleyball with many of my Lincoln Center friends this year as well.” Mara Haeger, FCLC ’19, said, “While the Ram Van rides can be annoying, they are a great way to bond as a team and grow together.”

Regardless of skill level, and the hassle of getting to Rose Hill, intramurals are a great way to stay active not only physically but socially and give students a great way to play a sport they may have never tried.