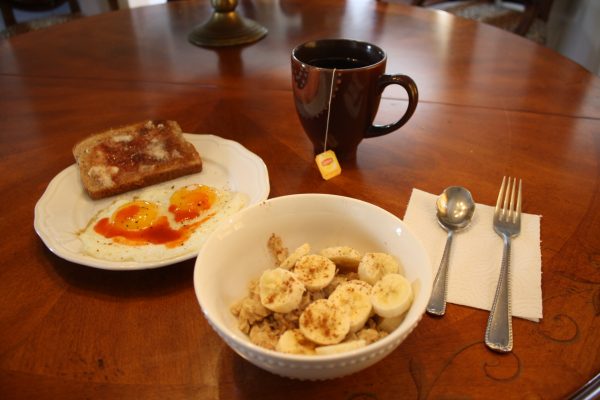 As summer turns to fall, the frequency of coarse coughs, sniffling noses and violent sneezes increases. The season of the common cold and flu is here to stay for the coming months, so how can Fordham students and faculty fight off these illnesses? Fordham student Aitana Jordan, Fordham College at Lincoln Center (FCLC) ‘21) fights off these illnesses with a cocktail of vitamins that includes vitamin D. “When I haven’t been taking them I get sick more often,” she said. Jordan said her cold/flu symptoms were “very minute” when she takes the vitamins. Accordingly, new insights into vitamin D may hold the answers for a flu/cold free winter.

Vitamin D is synthesized naturally in your body via exposure to ultraviolet B light. One can also get their vitamin D from certain foods such as fish, egg yolk, liver, and some mushrooms. The National Institutes of Health state that Vitamin D readily plays a role in not only bone growth but also immune function. Analysis of vitamin D in the immune system suggests that the molecule has promising effects on immune responses for many infections.

Historically, physicians unknowingly utilized vitamin D to treat severe respiratory illnesses like tuberculosis. Before antibiotics, tuberculosis was treated at specialized facilities called sanatoria, which were often located in sunny areas. The constant exposure to sunlight would help tuberculosis patients recover from their illness. Sunlight was not the sole remedy for tuberculosis at sanatoria; it is likely that vitamin D, synthesized in higher levels due to the sunlight exposure, was the cause of the recovery for sanatoria patients.

Vitamin D performs many functions in the immune system. The body’s first line of defense against a pathogen is the cells that line its cavities—the epithelial tissue. Between these cells are tight junctions that seal the sides of the cells together, so materials are unable to cross between them. Vitamin D promotes the gene expression of proteins that are essential for the maintenance of tight junctions. Vitamin D strengthens your body’s natural barrier to the outside world, making it harder for viruses and bacteria to invade.

Additionally, Vitamin D can help when an infection occurs. Many types of cells contain a vitamin D receptor; when vitamin D binds to these receptors, gene expression of several antiviral and antibacterial proteins begins. Specifically, vitamin D enhances the gene expression for cathelicidin, which plays an essential role in the innate immune response. Some of the many functions of cathelicidin include “wound healing” and preventing the further invasion of pathogens. Vitamin D also initiates the secretion of hydrogen peroxide, a molecule that causes cells to burst as it decomposes, in monocytes. Finally, Vitamin D plays a role in preventing excessive inflammation.

Vitamin D has been observed to prevent infections like influenza and common colds in various studies. For instance, one study observed the frequency of infections of the Influenza A virus in school children during the winter. Those children that took 1200 IU of vitamin D daily were less likely to contract influenza than the children who received a placebo. In a similar study, two groups of children with vitamin D deficiencies were observed during the winter months. One group of children was given milk that contained added vitamin D and another group was given regular milk daily. The children that consumed the milk with added vitamin D contracted significantly fewer respiratory tract infections than the children that consumed regular milk. Another study followed 140 patients who were susceptible to respiratory tract infections. They were given a much higher dosage of 4000 IU of vitamin D per day for a year, and this group saw significantly fewer infections than the control group.

Granted that vitamin D helps the immune system greatly, what dosage should one take? John Cannell, a doctor on the Vitamin D Council, says of the relationship between influenza and vitamin D: “Dosage will depend upon age, latitude, season, skin type, body weight, sun exposure and pre-existing [vitamin D] levels” (Cannell et al). These factors all correspond with one’s ability to synthesize vitamin D on their own. For instance, someone living in a higher latitude is less likely to synthesize enough vitamin D on his or her own. Solar radiation is less intense in far northern and southern latitudes, especially in the winter months. The review later states that the standard 1000-2000 IU of vitamin D may be sufficient. Nevertheless, people who are less likely to synthesize vitamin D should consider a higher dosage.

There is compelling evidence to suggest that vitamin D can play a key role in your immune health this winter. Vitamin D is one substance that can produce many positive outcomes in immune health and bone health, so do your immune system a favor and take vitamin D daily.