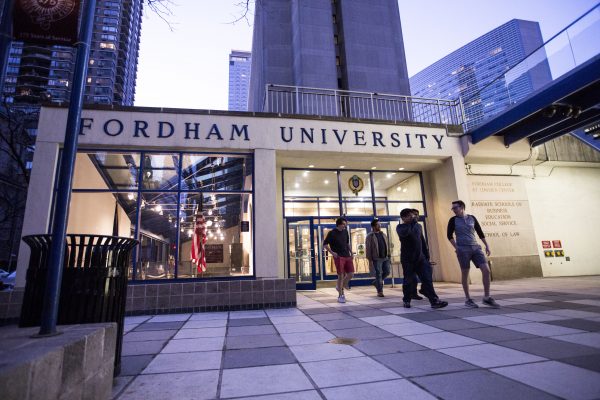 Zapata will be assisting head faculty, the chairs of departments and the directors of academic programs in implementing policies that improve personnel searches and help to develop “diversity-sensitive” programs, according to McShane. Zapata, the former vice president and chief diversity officer at Providence College, will also advise McShane on how to foster diversity within the college community.

The Faculty Senate and the Task Force for Gender and Diversity disagree with the hiring of Zapata, stating both during and after the selection process that candidate Mary Wardell should have been appointed. Additionally, they assert that the position of chief diversity officer is not being created with adequate amounts of authority in the administration to be fully effective.

The decision, made by the President’s Advisory Council, came after a year of preparation that included the appointment of a University Diversity Task Force. The Task Force recommended that the university should hire a new director of human resources that would also serve as the university’s chief diversity officer, but the Council chose to hire Zapata as well as Kay Turner, the vice president of human resources.

“I believe that the work of these professionals will help us to expand and celebrate the diversity of the Fordham community in all its forms, including diversity of race, faith, ethnicity, gender, sexual orientation, and identity, among others,” McShane wrote.

In addition to Zapata and Turner, McShane also announced that Juan Carlos Matos will now serve as the assistant vice president for student affairs for diversity and inclusion. McShane wrote that his duty will be to serve as “a resource in diversity and inclusion” for several offices and departments across the University, including Residential Life, Career Services and Campus Ministry.

Andrew Clark, Ph.D., vice president of the Faculty Senate, wrote in a statement to the Fordham Observer that although he is happy with the creation of a chief diversity officer position at the university, he is unhappy with the council’s decision.

“The faculty who were involved in the interview process felt strongly that this must be a Vice President position to have the weight necessary to affect real change,” Clark wrote.

The Task Force for Diversity and Gender, as well as other faculty involved in the selection process, endorsed candidate Mary Wardell for the “tremendous responsibility” of the position, according to Clark. The faculty did not find the other two choices suitable for the position, and recommended that if the university did not choose Wardell as their new chief diversity officer, they should reopen their search for more “qualified” candidates.

In a letter obtained by the Fordham Observer, Micki McGee, president of the Fordham Faculty Senate, endorsed candidate Wardell on behalf of the Task Force to McShane and Anthony Carter, the chair of the chief diversity officer search committee.

“There is no doubt in the minds of faculty that Dr. Wardell could navigate the complexities of the chief diversity office position with grace, aplomb, and determination, to the benefit of all of us currently at Fordham and all those whom we want to welcome and embrace at Fordham in the future,” McGee wrote. “We urge the administration to do everything possible to recruit Dr. Mary Wardell.”

In the letter, McGee also addressed Zapata as a candidate, writing that while his enthusiasm, New York roots and knowledge and relationships with public and private funders were positive, faculty members were worried that Zapata would not be committed to all areas of diversity within the university.

“While there is no doubt that [the needs of young men of color] is a critical area for us at Fordham or elsewhere, serious concerns were expressed about his failure to address issues of inclusion and equity around gender, disability, and sexual orientation or identity,” McGee wrote.

Although the Faculty Senate and Task Force did not endorse the candidate chosen by the university, McShane remained positive in his statement.

“I believe this is a pivotal moment for Fordham,” McShane wrote. “One which brings us closer to the ideals we espouse—especially that of care for the whole person—and which makes us better able to carry out our sacred mission.”