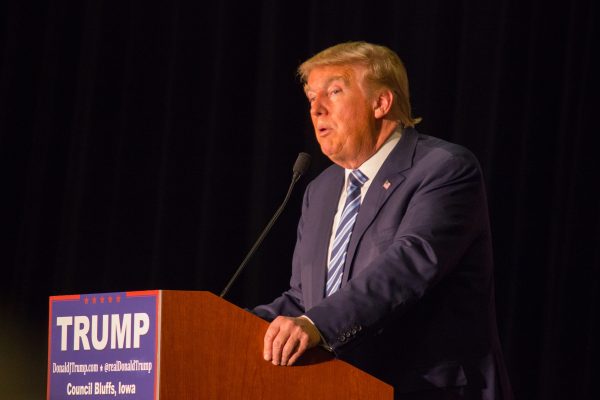 Does this number hold any significance for you?

What if we assign an attribute to it?

What value do 16 American lives hold?

To our President, 16 human lives are just a casualty for a troubled island. He claimed that Hurricane Maria wasn’t a “real catastrophe like Katrina” because not enough lives were lost. How many of the 3.4 million lives in Puerto Rico must be lost for us to understand how increasingly alarming the situation there has gotten? It is inhumane even to compare the two natural disasters when a fraction of the population is facing a major national crisis. More than one million Americans have been deprived of water, 80 percent of the island is still without electricity and many citizens still lack the basic resources required to survive in its current hurricane-ravaged state.

Donald Trump has certain responsibilities as the President of the United States, one of which is to act as a beacon of hope for the Americans affected by natural disasters. What is not included in the list of his obligations as President is to engage in victim-blaming rhetoric towards the leadership, infrastructure and citizens of Puerto Rico (especially when he has the highest position of authority there). His rhetoric continually contributes to the denial of agency, aid and mobility for those who are in dire need.

Puerto Ricans have diligently served the social contract they have with our nation; they pay taxes, they are law-abiding citizens and many loyally serve in the American armed forces. However, this social contract cannot be maintained on one end only. It is time to cease the exclusion of Puerto Ricans and truly grant them their rights as American citizens. If Puerto Rico were a state with ballots ready to cast votes for Trump in 2020, there is no doubt that Puerto Rican-Americans would receive the aid they need and deserve. It is crucial for Americans to recognize Puerto Ricans as American citizens and not as a colonized people in need of salvation.

President Trump’s rhetoric in response to Puerto Rico has been consistently disrespectful. On Oct. 12, Trump tweeted that the pre-existing financial crisis in the the disaster-stricken island “is largely of their own making.” He also added that the Federal Emergency Management Agency cannot be kept in Puerto Rico “forever.” What he fails to acknowledge is that Puerto Rico is a territory of the United States. Puerto Ricans are U.S. citizens. By intervening in the situation and mitigating some of the problems in Puerto Rico, the federal government of the United States of America would not be serving foreign interests. It would be serving the interests of its own citizens.

Prospects of political gain have motivated President Trump’s different responses to disaster relief initiatives in Florida, Texas and Puerto Rico. Texas and Florida voted for Trump during the 2016 election and there is a chance that they might vote for him in the next election. However, Puerto Rico is constitutionally unable to vote in any U.S. presidential election. Trump’s rampant politicization and exploitation of this situation allows him to score political points by displaying a glittering facade of his “America First” attitude, but he is sacrificing Americans to do so.

President Trump’s treatment of Puerto Rican Americans, reducing them to second-rate citizens, is not only unpresidential but also inhumane. Our citizens are in desperate need of relief and aid, and we should not let them be exploited for political gain. The fundamental basis of the government is to make sure the interests of the governed are being protected.

The leader of the executive branch is required to act as both the head of state and the head of government in order to guarantee that promise. To do this, the president must maintain a respectable platform in which he or she can attempt to unite all citizens under one flag. Ania Zolyniak, a student at Georgetown University School of Foreign Service, put it beautifully; she stressed that the failure to do this would call the whole system into question. She further stipulated that we need to question if a “democratic system can run and continue running on a shining hill with the head of state doubling as the head of government.”