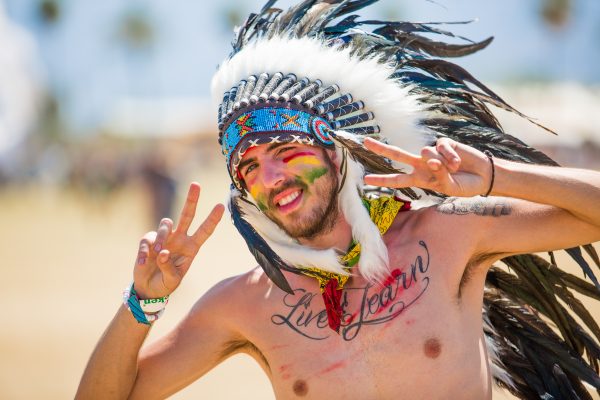 Halloween costumes imitating real cultures are a point of debate every October. (THOMAS HAWK VIA FLICKR)

Dear cultural appropriators: your act is getting old.

For what seems like the millionth time, culturally aware people all over the United States are reminding their friends, families and random strangers on the internet not to wear someone’s culture as a costume. Articles are written every Halloween to warn trick-or-treaters about the consequences of cultural appropriation. It would be foolish to think that Americans need to be reminded every year not to do the same things they inevitably do; a lot of the attention surrounding cultural appropriation amounts to lip service. Instead of rehashing the same concepts every year, there needs to be a review of the complexities of cultural appropriation and a subsequent debunking of viral posts related to it.

To start, let’s review the case of Japanese people affirming Katy Perry’s use of the kimono. A Twitter post went viral on Sept. 22 by showing screenshots of a YouTube video uploaded that showed Japanese opinions of foreigners wearing kimonos. The screenshots detail how grateful and happy the Japanese interviewees are that foreigners are wearing kimonos. This post would seem rather convincing to many, and the logic would be “well, if the group that I’m appropriating from approves my appropriation, is it really that bad?”

This logic is faulty because it does not take into account the position of the Japanese interviewees. These people are the majority in their own country, where they were never vilified for wearing the kimono or holding onto their own culture because that was the dominant culture. The same can be said for viewing America through a Japanese racial lens.

Japanese-Americans see white Americans wearing kimonos very differently than how Japanese people see Americans wearing kimonos, and this is primarily due to the fact that it was not too long ago that Japanese-Americans were told to let go of their culture. In 1924, the Johnson-Reed Act essentially banned Japanese people from immigrating to the United States. Before the act was passed, several men spoke before a Senate Committee and stated that Japanese immigrants “never stopped being Japanese,” positing that as a reason to ban them. In America, there is a history of Japanese culture being deemed as inferior and undesirable that one would not find in Japan.

For our next example, let’s suspend our understanding of what “viral” means, as this next tweet has not garnered as much traction as the last one. This one comes from Ann Coulter, a conservative political pundit. In the tweet, children are depicted in costumes with a series of descriptors that belittles the movement against cultural appropriation. The primary problem with this tweet is that it skews having respect for other cultures as a ridiculous request or, at least, one that is taken too far. Coulter argues that those who advocate against cultural appropriation are illogical, irrational and overly sensitive.

This view is troubling, but not unexpected of a cultural racist such as Coulter, who tweeted that “Some cultures are better than other cultures.” Coulter cannot be considered an impartial judge of cultural appropriation, and whether or not it is rooted in respect or oversensitivity, as she evidently believes that there is a cultural hierarchy. It’s hard to fully appreciate and respect a culture if you are degrading it as “lesser.”  The problem with cultural appropriation is that people think like Ann Coulter—they believe that some cultures are inferior.

Honestly, at this point, if you don’t know that cultural appropriation is wrong, then you are ignorant, whether blissfully or willfully. It’s frustrating having to say the same thing over and over again without seeing any results, but the culture is changing. In McMahon Hall at Fordham University at Lincoln Center, there is a board dedicated to the topic of cultural appropriation and how wrong it is.