How to Improve the Affordable Care Act 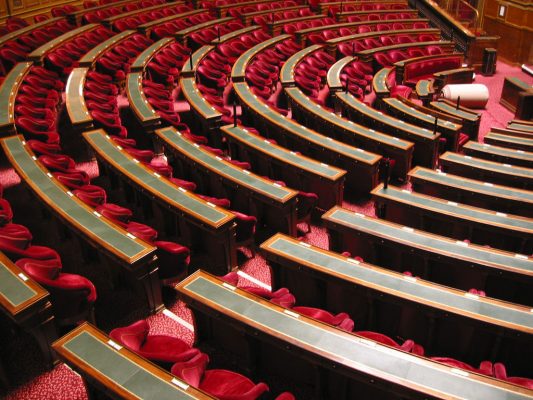 The United States Senate is working on repealing and replacing Obamacare, but it has been a difficult process. (PIERRE METIVIER VIA FLICKR)

If one were to step into a time machine and venture back to the United States Congress of two, three or four decades ago, they would find a drastically different political climate on all issues. However, differences between how healthcare was perceived during these time periods would likely be the most striking. Today, healthcare is one of the more partisan issues—if not the most partisan issue—in this hopeless, do-nothing 115th Congress that is awash in dysfunction and excessive polarization. Just about any thoughtful individual, then, would be urged to ask why this is the case. Healthcare affects Americans regardless of where they live or whom they voted for. It contributes to about 20 percent of America’s economy. How did we get here, and if this issue is a pertinent and universal one, why is it the issue most drowned out in partisan bickering?

This issue is far too serious to be resolved with childish rhetoric, extreme partisanship or dangerous legislation that could deny 20 to 32 million Americans health care benefits. Unfortunately, most solutions proposed by politicians on this issue are not bipartisan. There have been several disastrous GOP bills that attempt simply to “repeal” parts of the Affordable Care Act—commonly known as the ACA or Obamacare—that they dislike. But if one of these were passed, between 20 and 32 million Americans could possibly lose their current coverage. Senator Bernie Sanders of Vermont has proposed a single-payer health care bill with the support of a small but vocal and highly progressive group of senators, such as Massachusetts’ Elizabeth Warren and California’s Kamala Harris. While single-payer healthcare is a commendable concept that works well in countries such as Denmark and Sweden, this bill has no chance of passing in today’s GOP-controlled Congress. Additionally, it is uncertain how such a bill would be paid for. Rather, Democrats and Republicans will have to come together and create a bipartisan compromise to stabilize insurance markets and improve the Affordable Care Act (ACA). This compromise should focus on two goals: it should further expand healthcare to cover all citizens and limit costs to the individual as both a patient and taxpayer.

There is one criticism of the ACA that cannot be altered: its individual mandate which requires Americans to purchase health insurance or pay a fine. This mandate is scorned by conservatives who view it as an attack on the principle of individual liberty. However, there is much that can be done from a bipartisan standpoint. For example, we should exempt insurers that specifically or primarily provide health insurance to low-income areas from the federal insurance tax. In this case, low-income areas should be defined as ZIP codes which meet at least one of the following two conditions: the median household income is at or below the 15th percentile of all U.S. ZIP codes, or at least 40 percent of all individuals under age 65 in the ZIP code have neither private health insurance nor Medicaid. It should be noted that such a proposal to incentivize insurers to provide health insurance to low-income ZIP codes should not be at the expense of basic health coverage. Such plans should fully cover all primary coverage and offer a copay on all other health-related services.

The next bipartisan step to take is a requirement that healthy people, those not currently affected by an illness, medical condition or disability, enroll in the health care exchange during periods of open enrollment. This will help stabilize health insurance markets because healthy people will not be able to only sign up if they become sick. Despite this increased stability, a market-based economy can always be vulnerable to possible downturns and even crashes. As a result, we should use federal money generated from the insurance exchange and tax to work to create a market stabilization fund, which would be deployed to help bring down the cost of premiums in the case of an economic downturn affecting America’s health insurance marketplace. No one in this country should ever have to lose health coverage at the expense of a sluggish economy.

These are my recommendations as to what should be included in a bipartisan bill to improve the ACA. The question to all Americans—particularly those who legislate from the beautiful chambers that help make up the U.S. Capitol—is simple: how can we work in a bipartisan manner for a shared goal to improve health insurance in this country? Can we all focus on such a shared goal, or will we fail dramatically by ramming through bills without a Congressional Budget Office score in a way that seems more akin to raucous bullfighting than legislating? If we all can take a minute to answer these questions, then maybe we can all work together for the common good of society.