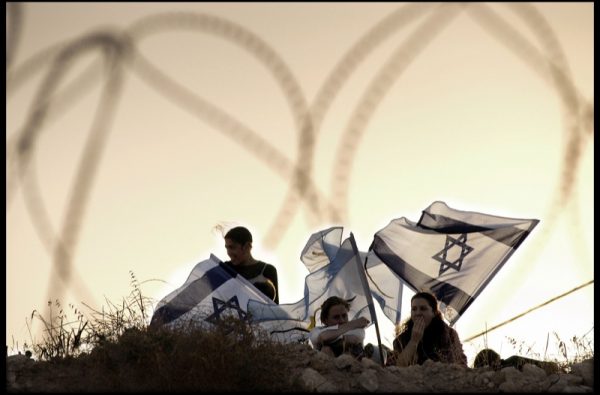 Fordham’s Jewish Studies Department held a forum on Sept. 14 to discuss the history of the Israeli-Palestinian conflict. (COURTESY OF RUSTY STEWART/FLICKR)

“When people call this a catastrophe, they’re not kidding,” Hussein Ibish said, referring to the extraordinary violence of the Israeli-Palestinian conflict. Ibish is a senior resident scholar at the Arab Gulf States Institute in Washington, D.C., who spoke at the Fordham Jewish Studies Department’s recent “In Dialogue” lecture series on the history of Palestine over the course of the 20th century. “Whoever’s fault it was, how it happened, is not the point.”

In the past year, the Israeli-Palestinian conflict has proven to be one of the most divisive and contentious issues here at Fordham. Last December, Dean of Students Keith Eldredge vetoed the formation of a Students for Justice in Palestine (SJP) club here at Lincoln Center. In response, SJP sued the university on the grounds that the decision restricted free speech.

Despite tensions between the administration and the student body, the Jewish Studies Department remains dedicated to exploring the conflict’s history.

Sept. 14 saw the first installment of the three-part “In Dialogue” series with Ibish and David N. Myers, the president and CEO of the Center for Jewish History here in New York.

Jewish Studies is a relatively new department at Fordham, established in 2013 after various donations allowed for the creation of a formal program. Jewish history and literature have been taught at Fordham, however, since the 1980s. The name “In Dialogue” reflects the department’s desire to encourage conversation at “every level.”

This lecture was titled, “A Different Take on Israel/Palestine: Shared Histories, Divergent Pathway,” and addressed the history of the region from 1882-1948 (the year which saw the implementation of the Partition Plan for Palestine). Their goal was not to “be partisans of one group or another,” said Myers, but to “understand the evolution of a conflict with some measure of historical integrity.”

“What animates us is our desire to approach the history of our subject with a mixture of empathy and critical discourse,” Myers said, “In a certain sense, that’s the essence of the work of a historian.” Balanced historical analyses are crucial in addressing conflicts like that in Palestine.

“The facts of history are not contested,” Ibish noted. What is contested is the interpretation of that history. “There are competing truths, competing rights, competing narratives … but there are not competing facts,” he said. “We [historians] understand how they’re interpreted by different communities.”

Myers stressed how, when studying the past, the historian should always maintain a “critical distance.” It’s important, he said, to “take a step back, and question some of the presumptions and … ideological beliefs” that we have. Only then can the historian begin to understand the “lived experience” of a people. “The appropriate balance” must be found between object and subjectivity, Myers said.

This balance was, at times, difficult for Myers to find. “There is a great deal of truth” in both the Israeli and Palestinian accounts, he said. “More than that, there are competing rights, and what we are struck by is the seeming conundrum of irreconcilable rights and truths.”

Ibish and Myers aimed to present both histories to an equal extent. “What we’re trying to do,” Ibish said, is to “look at these histories in parallel.” In doing so, they noted the importance of reexamining the categories with which the conflict is described.

The Israeli-Palestinian conflict has been a subject of focus for countless historians. Myers remarked, with some understatement, that “what we are attempting to do is something that [has already been done] on a number of occasions.” He and Ibish, understanding the gravity of their subject, did not present a solution to the conflict, but rather sought to explain its origins carefully and neutrally.

Myers and Ibish did not shy away from addressing the harsh realities of the conflict. Fundamentally, said Myers, “It would be an act of historical blindness not to recognize that … this was a conflict between two people.” Whatever their personal leanings were, the two acknowledged that such biases did not change the facts of history, they did not erase the massive losses of life.

The lecture was structured to present the Palestinian conflict as clearly and objectively as possible. “We have completed one chapter in a story,” Myers concluded. “Two more to go.”

The second and third installments of the series will be held on Jan. 25 and March 20, 2018, and will explore Palestinian history from 1949 to the present.