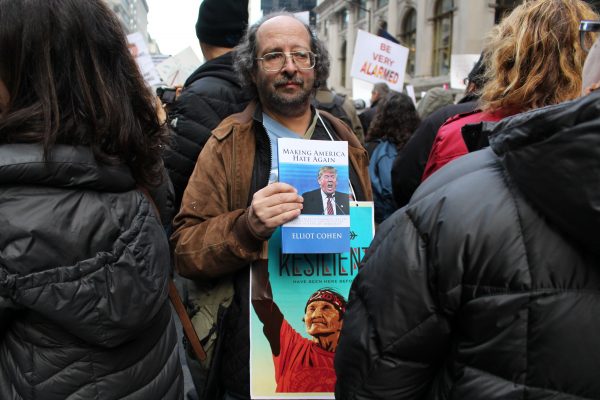 “Hate speech is protected. Hate crimes are not.”

Those were the words spoken by Anti-Defamation League representative Frederick Lawrence at the hearing held by the U.S. House Committee on Oversight and Government Reform in late July. The meeting, lasting three hours, focused on the growing controversy surrounding recent events involving freedom of speech on college campuses and provided a platform for many speakers at different ends of the debate.

Many of the problems discussed were ones that the Fordham community encountered as recently as last spring semester, where the question of where to draw the line between constitutionally protected speech and hateful rhetoric has yet to be answered.

The university has seen and spoken about several different incidents surrounding the issue within the past few years. In November 2012, the College Republicans at Rose Hill invited controversial commentator Ann Coulter as a guest speaker, resulting in concern and vocal opposition from the university community. President Joseph McShane made a statement expressing his disappointment with the decision to invite her, saying that her rhetoric is “often hateful and needlessly provocative.”

“student groups are allowed, and encouraged, to invite speakers who represent diverse, and sometimes unpopular, points of view, in keeping with the canons of academic freedom”

President McShane also stated that “student groups are allowed, and encouraged, to invite speakers who represent diverse, and sometimes unpopular, points of view, in keeping with the canons of academic freedom.” The College Republicans released a statement shortly after, stating that the “size and severity of the opposition” surprised the club and caused them to question their decision and eventually determine that “some of her comments do not represent the ideals of college Republicans, and are inconsistent with both our organization’s mission and the university’s.”

Florida Representative Val Demings mentioned speakers like Ann Coulter at the hearing, saying that the problem is not with her, but with the “increase in white supremacist hate groups on campuses, the targeting and harassment of students because of their race, religion, gender, and sexual identity.”

Demings went on to cite a report from the Anti-Defamation League that found 159 separate incidents of racist fliers and stickers throughout the 2016-2017 school year. She used the statistics provided to support her overall message, that while free speech should be protected, the real problem is “criminal acts wrapped in banners of free speech.”

Fordham has also seen incidents similar to the national incidents described by Demings on both campuses over the past few years. In April 2017, a Rose Hill student reported to Public Safety that she found a message expressing support for “white power” carved into her desk. In March 2016, a student found a backwards swastika drawn in the 10th floor garbage room of McMahon Residential Hall at Lincoln Center. In September 2015, a black Rose Hill student found a racial slur carved into the door of their dorm room.

The situations that occurred elicited different reactions from the students and faculty. Many Fordham students online expressed their outrage at the 2015 incident, including Fordham’s Black Student Alliance at Lincoln Center, who called it a “hate crime against one’s racial identity.” There was also controversy surrounding the decision by the university to refer to the events as a “bias” incident rather than a hate crime. Bob Howe, senior director of communications and special advisor to the President, stated that the term “bias” was not used because the university wants to “go easy” on whoever the suspected writer was, but to avoid being accused of being biased or prejudiced before the person accused could have a chance to defend themselves.

Many students spoke of the hate crime in regard to feeling safe on campus. “I think a variety of opinions are good, but all student’s safety must be protected first and foremost,” Stephanie Scamuffo, Fordham College at Lincoln Center (FCLC ) 19, said.

Others responded differently to the reported incidents. Professor Doron Ben-Atar, Israeli-born history professor, called the 2016 swastika incident “sophomoric,” and said that “there are much more pressing issues to be concerned about in America and the world.”

“I think a variety of opinions are good, but all student’s safety must be protected first and foremost”

For speakers like free-speech advocate Nadine Strossen, the definition of hate speech is not clear, and the statement ‘hate speech is not free speech’ is “absolutely wrong,” as well as the statement “hate speech is absolutely protected.” Disgust in someone’s ideas does not warrant censorship, but when the speech contains a “clear and present danger of harm,” it qualifies as harassment under the existing laws, according to Strossen.

When discussing how to assess the constitutional protection of hateful speech, Lawrence condensed Strossen’s point into a simple question, asking, “Is the intent to communicate, no matter how hateful, the idea, or to intimidate the victim?”

Lawrence also offered a middle ground for those split by the conflict, advocating for the right for others to exercise their First Amendment right, while those opposed to their opinions should also speak to counter it.

“Even if there is a white supremacist on campus, if they are invited by a campus group, or at a state university if they are entitled to be there under university rules, then you don’t shut it down,” Lawrence said. “But you do counter it with comments of your own. The administrators have to say we have values at this university … and more speech is not just an option, it is a moral obligation.”