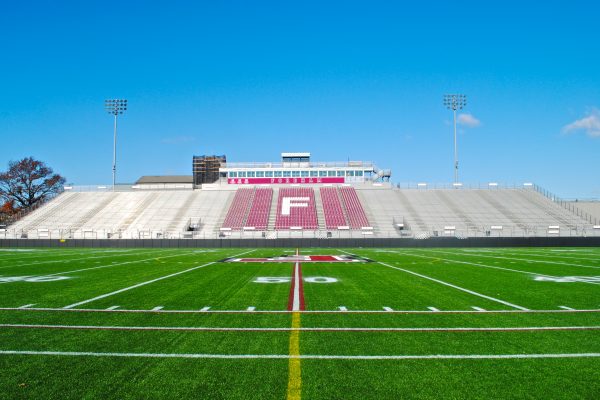 With a new NFL season ahead, a growing trend among women is taking part in football fantasy leagues. (TESSA VON BERGEN/THE OBSERVER)

It seems football is no longer just a sport for men. In recent years, female interest in the sport high skyrocketed, and, with this rise also comes the increase in another football related activity: fantasy football. While fantasy sports has traditionally been viewed as a men’s game, more and more women have started to join the sport. The increase in participation can be traced back to 1980 when the first all-female league was born.

Fantasy football is a game played online during the football season. You can either make your own “league,” in which you get a bunch of friends together and play against each other, or join a random league.. You and your competitors take turns drafting actual National Football League (NFL) players to make the “perfect” team. When your team is completed, you can make trades with other players if you wish. Each week, starting with the start of the football season, you play a “game” against one other player. It is your players against the other team. Each of your players earns a certain number of points depending on how well they did in that week’s game. Whoever’s players accumulate the most points for that week wins. This process goes on until the football season is over.

I started playing fantasy football when my dad’s company started a small league amongst themselves. I immediately took interest and, when my dad stepped away from the computer, he asked me to take over for a few rounds. I did, and immediately fell in love. I was checking updates each week to see how the players on my dad’s team were doing, and giving advice on switching them out if I suspected they would underperform or got hurt. It was a really fun season and I am starting a league with some friends this year.

Fantasy football is a great way for people to learn more about the sport in general. Having specific players to follow each week is very engaging. It gives players motivation to watch more games and, if they don’t know much about football to begin with, it is a great way to educate them in a fun way about the game. I know football pretty well, but being part of a fantasy league gives me motivation to start following other teams to make sure my other players will do well. This gets me more involved in football as a whole as opposed to watching one specific team in general.

Lauren Russell, Fordham College at Lincoln Center (FCLC) ’21 has been playing fantasy football since 2014, when she was 15 years old. She started playing because she wanted to be more involved in the sport. In this coming year, she will be involved in two random fantasy leagues. Preparing for the draft takes a lot of work. “I read articles online, look at the current and past few rookie classes for sleepers and sometimes do the old fashioned way by reading a magazine.”

However, there are always newcomers to the game. Lyra Tan, FCLC ’20, is hoping to gain a new experience from fantasy football. She has never been in a league before, and is getting a crash course from her brother about the league and how it is played. “I don’t know much about football, so diving headfirst seems to be the way to go.”