Morgan, London and the Great Tony Debacle of 2017 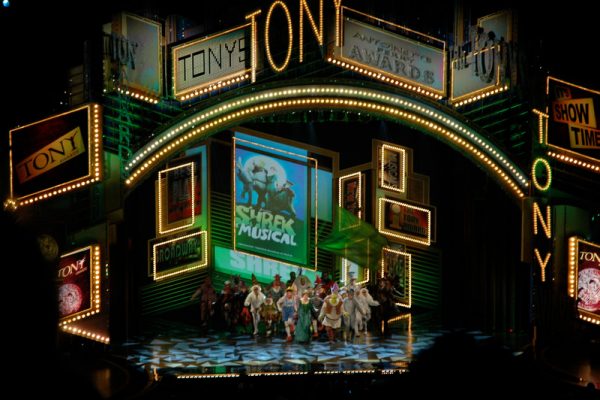 The 71st Annual Tony Awards returned to Radio City Music Hall this year, where they were also held in 2009, pictured above. (Aaron Uhrmacher via Flickr)

When I was given the opportunity to take a London travel writing course with a strong emphasis on theater, I didn’t hesitate. Within the first week, I had already been to Stratford-upon-Avon (birthplace of William Shakespeare), the West End and Fringe theaters!

But one thing about London is wrong… very wrong. So wrong that it makes me reconsider my previous belief that London is the mecca of theater, the theatrical center of the universe.

After buying CBS All Access so I could live-stream the awards show from my flat in Kensington, London, I put on my most comfortable pajamas and turned on my “Broadway Favorites” Spotify playlist. I sang and danced to songs from many of the musicals nominated this season, including “Dear Evan Hansen,” “Come From Away” and “Natasha, Pierre and the Great Comet of 1812.” This was not only fun, but also part of my strategy to stay awake for an event that would not begin until 1 a.m. London time. I was alone, so my flat became my own personal Broadway stage.

Around midnight, I logged back onto CBS All Access to see what other Tony-related content the site had. I noticed that on the banner at the top of the page, there was a button to “Start Streaming Now” that I had previously missed. Overeager and anxious for the ceremony to begin, I clicked the link. Instead of a video, I was met with a blank screen and a small dialogue box that read “CBS is not available in your area.”

Confused and angry, I quickly and repeatedly refreshed the page. CBS can’t not be available in my area— there were ads everywhere that called to “buy CBS All Access to live-stream the Tonys.” Watching the clock and frantically trying to make the website work, I realized that I was not simply technologically challenged. There was a key phrase missing from all of the advertisements I had been seeing on my Facebook timeline: “only in the United States.”

After cancelling my record-breaking two hour long CBS All Access subscription and leaving a strongly worded comment in the “Please tell us why you’re leaving” box, I moved on to more drastic (read: illegal) measures to try and get access to the Tony Awards, but to no avail.

Tired, annoyed and frustrated, as the clock struck 1 a.m. I was forced to just imagine what host Kevin Spacey was doing on the stage at Radio City Music Hall right that second. Unable to fall asleep, I stared at the clock, picturing what I might be missing now. Had the winner for Best Lead Actor in a Musical already been announced—did I miss my chance to see Ben Platt’s reaction? Had the cast of “Falsettos” already performed? Had Bette Midler already received her award, for which she honestly had no competition?

Knowing what I know now, living abroad is no longer an option for me. Tony deprivation is a punishment I won’t put myself through again.