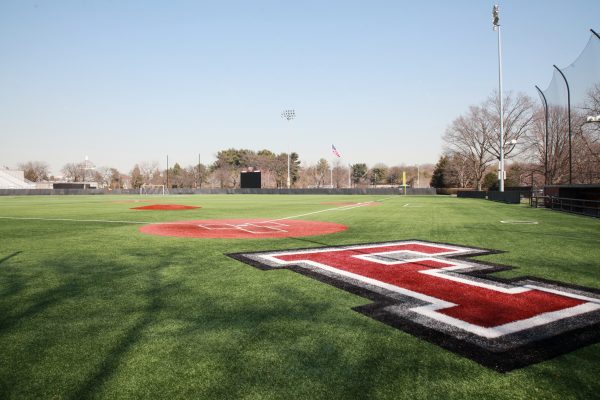 A college Pro Day is when professional scouts visit a college to see possible future players tested for different combine drills. It is the time when scouts who may be on the fence about a certain player become more certain of his strengths and weaknesses.

There are many things that go into Pro Day. Coach Andrew Breiner, who is finishing his first year as the head coach of the Fordham football team said, “[The players] fill out some information so the scouts have all pertinent information. Then they go through a series of testing — well, first they get measured — their height, their arm length, their hand size, their weight. They do the bench press — 225 pounds for a number of reps. They do [vertical jump and broad jump tests], as well as agility cone drills and they run the 40 yard dash. Obviously all those get timed and then after that, the scouts put them through a series of position specific drills that they evaluate.”

Dawson, Jr. said that his time playing for Fordham “was a great experience. It was awesome to see my game develop the way it did. The biggest thing I learned was to attack challenges head on and don’t fade in your persistence in trying to reach your goals.” If he is invited to a team, he believes that the team will gain a leader both on and off the field.

Pearcey said, “It’s been an amazing ride and I love Fordham football. Met friends for life here, and won more games on this team than I would’ve elsewhere. I’ve got plenty of stories to tell for the rest of my life. I learned that you’ve gotta push yourself past your limits, to get where you want to be, and winning doesn’t come easy. You win before the game starts.” Pearcey, a Buccaneers fan, thinks that he can bring energy and passion to whatever team he may be invited to.

For Odom, learning how to be patient was one of the biggest skills he learned as a member of Fordham football. According to Odom, “If you keep working hard and be patient, then things will fall into place.”

About 12 teams and 15 scouts came to Fordham Pro Day this year. Among the teams that came were the New York Giants, the New York Jets, San Francisco 49ers, Chicago Bears, Jacksonville Jaguars, Detroit Lions, Arizona Cardinals, Seattle Seahawks and Houston Texans. The Giants and the Jets usually invite some players to come to their local days, where players will get a chance to practice with the team.

During the entire year, scouts come during the college season to evaluate the players. During pro days, Coach Breiner believes that the scouts are, “gathering data. That’s just another step to the evaluation process. [In the past], we’ve had teams sit down with the players and talk with them, get a feel for [their] communication skills, get a better understanding of [their] background and character, but that’s on a case-by-case basis.”

Fordham’s Pro Day certainly paid off for a few student-athletes on the football team. The Fordham community would like to congratulate Jihaad Pretlow and Phazahn Odom who have been signed by the 49ers and Steelers, respectively, and wish all the others continued success.