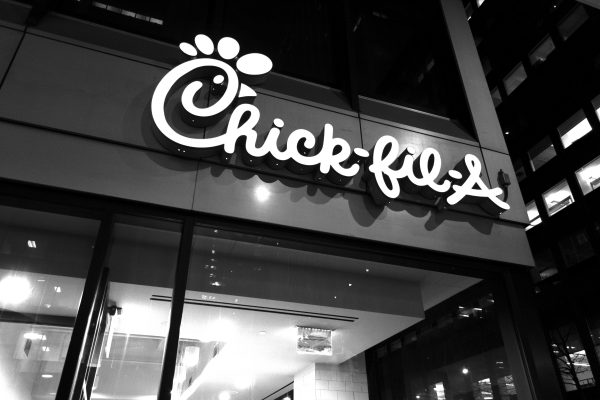 For now, members of the Fordham community will not “Eat Mor Chikin.” Following push back from clubs and independent students over LGBTQ issues and menu offerings, the university has opted to decline an Aramark proposal to install a Chick-Fil-A in the Ram Cafe.

The proposal, initially discussed in early March, included renovating the grill area, or Urban Kitchen, to house a Chick-Fil-A. The hot entree station, or Cloverleaf, would have remained in place.

The student groups that were consulted in responding to the proposal were the United Student Government (USG), the Commuter Students Association (CSA), the Residence Hall Association (RHA) and the Rainbow Alliance.

The Rainbow Alliance was consulted in the decision-making process because of a controversy regarding Chick-Fil-A’s stance on LGBTQ issues that has been stirred up to varying degrees since 2012. That year, the family that owns the fast food chain made public statements against marriage equality, a stance backed up by several million dollars in donations they have made over the years to organizations working actively against same-sex marriage. When the chain opened their first location in New York in 2015, they faced protests on the issue.

Representatives from Chik-Fil-A offered to collaboratively run unspecified programming with the Rainbow Alliance in conjunction with the rollout of a venue on campus. Due to continued concerns regarding this issue, however, the Rainbow Alliance unanimously voted against the proposal. Several students independently reached out to USG to voice their concerns, according to then-USG president Leighton Magoon, Fordham College at Lincoln Center (FCLC) ’17.

When resistance to the proposal started to gain steam, the USG executive board began to reconsider if USG was okay with having a Chick-Fil-A on campus, said Magoon. Over spring break, they were informed that the university had declined the proposal and that Aramark would no longer pursue the installation of a Chick-Fil-A.

Francesco said that she was surprised about this decision, because of “Fordham’s recent handling of major queer issues on campus, most notably the hesitation and denial to create trans-inclusive spaces.” The Observer reported on issues facing trans students on campus in a recent issue.

“Part of me is hopeful that they’ll start taking this attitude of listening to queer students and queer voices, because there are so many on this campus and just in life,” she said. “I really do hope this is a step, as opposed to just a final ‘Oh we’ll do this, we’ll give them that,’ as a way to placate us. But we were very happy with the decision.”

Additionally, the proposal process revealed that any instillation of a national chain in the Ram Cafe would also necessitate a total revamp of the hot entree Cloverleaf station.

“What came out was that Cloverleaf cannot stand on it own against a national brand really of any kind,” Yaun said. “So we were off replacing one format, but it’s really got to be a comprehensive change involving the whole line.”

Regarding the concerns that students had, Yaun stated that “if we were to try again, we would make sure that everyone that was in the decision process heard the presentations” that the representatives from Chick-Fil-A gave during the proposal process. As of now, there are no alternative plans being discussed to install a national chain in the Ram Cafe in light of the decision on the proposal.

While the leaders of the Rainbow Alliance see the rejection of Chick-Fil-A as a step in the right direction, they say that it is only a “tiny step.”

“This is something that I don’t want to congratulate Fordham for, like ‘Oh my god, I’m so glad that you can see this. You’re such a good person,’” said Rainbow Alliance co-president Roberta Munoz. “I don’t want to pat them on the back. You can’t say ‘Oh you’re such a great ally’ when there’s still so many issues with our queer students. Like great, love it, but keep going.”