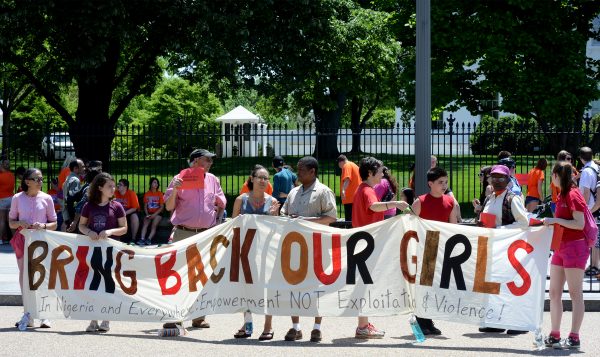 In March, the D.C. Metro Police Department released over a dozen files of missing girls, all of whom were of African-American or Latinx descent, on it’s social media account. The police department also reached out to the Justice Department and the FBI for assistance in finding these missing girls.

When many people began to notice the racial trend in these missing persons files, #findourgirls began trending online. Many question the efforts by D.C. police in devoting time, effort and resources to these missing persons cases and why the cases weren’t made public before. Many have claimed that if these females were white, the scenario would be much different and would garner more public attention. The discussion of the racial factor forces the public to acknowledge the social reality that girls of color face everyday nationwide. Many of these girls are labeled as runaways or products of the domestic welfare system in which they voluntarily chose to leave public housing. The alarming situation is that 501 cases of missing children have been reported in the first three months of 2017 in D.C. according to CNN, and it is assumed that this number will grow to the normal average of over 2,000 missing children cases in the area.

One missing child is too many, but what steps are taken to protect children, especially those from minority groups? The answer is disturbing. Many of these children are considered to be problem cases. They are presumed to be facing situations of abuse, either emotional or physical, and lack a proper support network. These girls can either be kids who ran away from a terrifying life or victims of abduction, but if there is no outcry to save or protect them, then we can expect to see many more cases. In numerous reports by CNN and other outlets, residents reported a lack of amber alerts regarding any of these girls, but are able to cite many cases where public attention was drawn to the disappearance of white children. I can recall many prime cases where all of the local media was dedicated to finding missing white children here in New York City, but I honestly struggle to recall cases that involves children of color.

This lack of public attention can only give more reason for predators to focus on children of color. If we are so willing to call out the social reasons why these missing girls may be missing, then how do we justify standing around and letting these situations continue? If we can’t even devote public attention and energy to better the lives of children in minority communities, then they will continue to feel alone in this world and we will continue to see more of these cases.

Life may not be fair for anyone, but everyone deserves to have some form of a support group that can help make life easier. We need to restructure the public system so that it pays attention to these children and makes strides to protect them. Our world is plagued by abuse in all forms and these cases of missing girls exemplify what is wrong with our world. This article and others like it use numbers from the D.C. area, but imagine the horrifying number of unsolved cases for missing girls of color nationwide. We must make a concerted  effort to devote ourselves  to children who need our support now more than we could ever imagine.