Why We Need To Talk About Vaginas 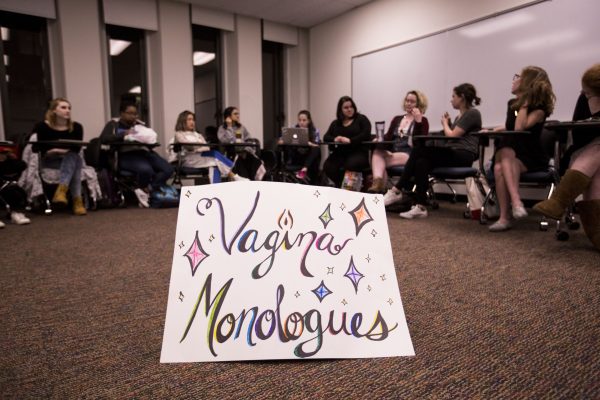 The annual production of “The Vagina Monologues” introduces a wide range of experiences surrounding the vagina. Here at Fordham, women of diverse sexualities and races perform a series of monologues composed from interviews conducted by writer Eve Ensler in New York with over 200 women of different backgrounds, sexualities, races and ages. As the official “The Vagina Monologues” site explains, the production and related events are created to “raise awareness about violence against women and girls as well as raise money (100 percent of the proceeds must be donated) for local beneficiaries that are working to end violence.” It celebrates women’s bodies and sexualities yet tells agonizing stories of sexual violence. It promotes body positivity by normalizing a word considered taboo and encourages the audience to reclaim the vagina by introducing a wide range of ways to refer to the body part: coochie snorcher, punani, monkey box, a Schmende in the Bronx, mushmellow and many more.

Since the original production as an off-broadway show in 1996, “The Vagina Monologues” has been heavily criticized for portraying violence and explicit sexual content. Additionally, the original production lacked diverse perspectives, such as the experiences of trans women. While the portrayal of women of diverse sexualities and races aims to empower all women regardless of their background, many are hesitant to attend a show featuring strong feminists unapologetically talking about their sexuality, their experiences and their genitalia.

After it was briefly banned, the production restarted at Fordham as an event unaffiliated with the university. The opposition began because of the monologue “The Little Coochie Snorcher That Could,” which involves underage drinking and a sexual encounter with an older woman. After the continuous pressure from the university to erase the monologue completely, “The Vagina Monologues” supporters have argued that to erase any monologue in the production would not only deny the very existence of the experience but would also violate Eve Ensler’s rights as a creator. Since then, Fordham administrators have continued to fight against “The Vagina Monologues” and its attempt to be recognized as a school production even after removing controversial lines in the monologue and its renewal as an non-university affiliated production.

In contrast to other productions that are put together by the theatre department and performed by theatre majors, “The Vagina Monologues” is often an entirely student-run show with students of diverse background, interests and majors. It is imperative that safe spaces and outlets like “The Vagina Monologues” are available for students as a means of expression and communication. These productions provide a space in which students can have honest dialogues without the fear of slut-shaming or any other forms of judgement. Fordham’s current lack of financial support for “The Vagina Monologues” and continued efforts to end the production perpetuate censorship of women’s experiences, including the underreported number of sexual assault cases on campus.

Admittedly, “The Vagina Monologues” production at Fordham has progressed since its removal. The production previously took place in the student lounge, where both the audience and cast members could be easily distracted by activity outside the large windows and the noisy cafeteria right outside the door. Currently, the show is performed in Franny’s Space, an intimate room in the visual arts wing.

While the title may suggest otherwise, “The Vagina Monologues” is not only important for people with vaginas. The range of topics that the play explores—such as menstruation, sexual assault, love, pubic hair and childbirth—can impact and educate anyone regardless of their age, race, class, gender or sexuality. Fordham, along with other colleges across the country, must ensure that these spaces exist as it is their responsibility to provide an inclusive and accepting space for all students. Especially under the influence of a president who encourages grabbing women “by the p*ssy,” it’s imperative that Fordham makes the effort to ensure that women’s experiences are recognized.