The Uncertainty of I.C.E. 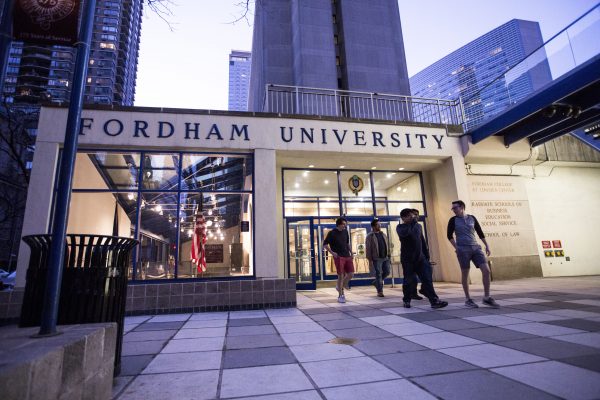 Many universities hesitate to declare themselves “sanctuary campuses,” and those who do have varying ideas about what that means. California State schools are building legal cases for undocumented students that might face detainment. Columbia University announced that it would not allow Immigration and Customs Enforcement (I.C.E.) agents on campus without a warrant or subpoena.

Acquiring those forms of authorization, however, is a much easier task than might be expected. According to the I.C.E. Sensitive Locations policy, which checks agent operations in Fordham and other schools, as well as medical centers, places of worship, public ceremonies and demonstrations, agents are not bound by restrictions when obtaining records and documentation, or serving subpoenas.

Fordham President Rev. Joseph M. McShane, S.J. issued a Jan. 29 statement announcing that Fordham “stands with” the undocumented immigrant community. The university has not openly declared itself a sanctuary campus, but has created a resource page for undocumented students that includes the Sensitive Locations policy.

The policy, which otherwise requires agents to receive approval of a high-ranking Homeland Security official before conducting operations within a Sensitive Location only covers arrests, interviews, searches and surveillance. Obtaining University records of students’ immigration statuses falls well outside of those actions.

Moreover, in the event of certain “exigent circumstances,” officers can conduct enforcement operations without authorization. Those circumstances include when the enforcement action involves a national security or terrorism matter, if there is an imminent risk of death, violence or physical harm to any person or property, as well as others.

The Sensitive Locations policy has been in place since 2011, and I.C.E., whose membership increased from 10,000 to 21,000 agents under the Bush and Obama administrations, expects to gain 10,000 more. The agency, however, maintains that while some enforcement actions may occur at sensitive locations, such actions will generally be avoided.

“Some of our undocumented students are both vulnerable and afraid,” Vice President of Public Safety John Carroll said in a recent meeting with representatives from United Student Government. “Our ultimate goal is to protect,” he said.