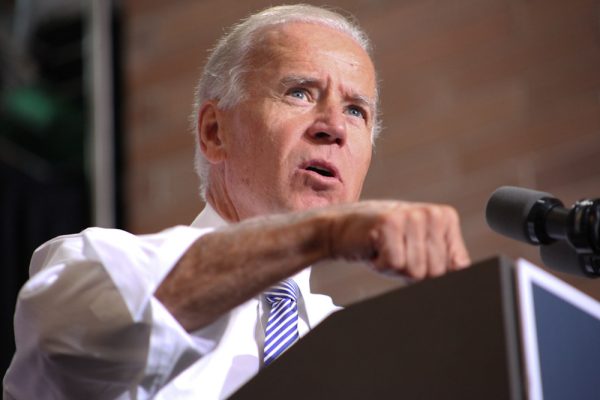 Former United States Vice President Joe Biden issued a letter on Jan. 5 to college presidents urging them to continue the fight against sexual assault, an issue Fordham is still working to address and prevent.

Biden published both an open letter and a guide on how colleges should create a safer environment on their campuses through different campus policies and stronger enforcement of Title IX, a federal nondiscrimination law that has expanded to include sexual misconduct, according to The Chronicle of Higher Education.

In the letter, Biden informs the presidents that one in five students in college experience rape or sexual assault, a statistic that hasn’t changed in the past 22 years, while one in four transgender students and one in three bisexual students experience the same.

“As presidents, chancellors, deans and administrators, you have an obligation to stand up, to speak out, to foster the safest and most inclusive environment possible for every student that walks onto your campuses,” Biden wrote.

In addition to encouraging colleges to adopt frequent campus climate surveys and thorough investigations, the Obama administration advocated for expanding Title IX to include sexual assault in order to help lower the rates of campus assault.

Fordham students and administrators have been working to promote awareness for and reduce sexual assault on campus.

At Fordham, The Office of Institutional Equity and Compliance covers Title IX policies and has a Title IX coordinator to monitor all forms of discrimination on campus. There is also the Campus Assault and Relationship Education, or CARE, that outlines the sexual assault policies on campus, as well as the rights of students and resources to report any type of misconduct. The program also publishes an annual Campus Climate survey, to measure students’ beliefs and attitudes on campus sexual violence.

Student orientation is another opportunity for Fordham to educate its students. Through presentations and required online courses, students are educated on dating violence, assault, and the bystander effect.

Keith Eldredge, dean of students at Lincoln Center, said that such programs are “trying to make sure that students are clear that that behavior is not tolerated at Fordham, but also recognizing that ‘hey, this happened to me and it’s not okay, and this is something I can get support and help for.’”

Additionally, the student-led It’s On Us Coalition is aimed at spreading awareness and preventing sexual violence on college campuses. Led by Monica Sobrin, Fordham College at Rose Hill, FCRH ’17, and Lexi McMenamin, Fordham College at Lincoln Center, FCLC ’17, the committee has already begun to work within the college community through workshops and events that are meant to educate students and begin an open discussion about assault on Fordham’s campuses.

McMenamin feels that the committee is a “grassroots, feminist” effort that helped to address problems Fordham has had with having an open discourse on sexual assault, where conversation was more “informal” and people asked their friends for help. McMenamin also credits national protests like Emma Sulkowicz’s mattress protest and the 2012 Steubenville, OH sexual assault case for helping inspire Sobrin, herself and others to bring the coalition onto campus.

“It was desperately needed long before it came to be,” McMenamin said. “Survivors need to be supported and institutions need to support others.”

Eldredge acknowledged concerns that more could be done at Fordham to improve the conversation about sexual assault, and that the university “tries to improve every year” after hearing student feedback.

“There [are] some things that we think are effective, like Haven and the things we do at orientation, but we’re always looking for new things to add on, which is why we were so excited when It’s On Us approached us,” Eldredge said.

McMenamin spoke about the importance of acknowledging that those who assault others are “a person we’re connected to,” as well as having a “cultural change” in addition to a policy change, that addresses Fordham’s environment rather than just its rules.