See What’s Next: A Look at 2017’s Most Anticipated Films 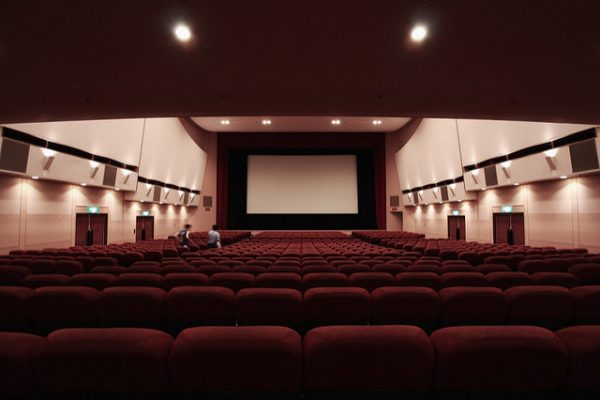 This year’s films are mostly sequels or reboots of successful science fiction franchises. (PHOTO COURTESY OF NAOYA FUJII VIA FLICKR)

It is a brand new year, and with a new year comes the exciting prospect of new films. Movies have the ability to whisk a viewer away from reality into somewhere new and thrilling. For 2017, while some ideas are original and fresh, most of what we will see are science fiction sequels and remakes.

2016 had its fair share of sequels, and many of 2017’s most anticipated films continue this trend. Some examples include “The Fate of the Furious” (April 1), the eighth installment of the Fast and Furious franchise, and “War of the Planet of the Apes” (July 14), the third installment of the Planet of the Apes franchise. With other films such as “Transformers: The Last Knight” (June 23) and “Alien: Covenant” (May 19), science fiction is the genre that will dominate this year.

Many of these reboots seem to focus on two distinct factors— war and death. “War of the Planet of the Apes” entails the final conflict between the humans and the apes, leaving only one species to dominate. In a similar way, “Transformers: The Last Knight” focuses on Optimus Prime’s return to Earth, where the collision of the Transformers and humans may result in war. With the constant dystopian trend in films from  the last few years with films such as “The Hunger Games” (2012) and “Maze Runner” (2014), it seems that movies are exploring the causes of the apocalypse, rather than life after the ruin.

However, not all science fiction films in 2017 have a pre-apocalyptic plotline. Marvel Studios will also be releasing their fair share of sequels, including “Guardians of the Galaxy Vol. 2” (May 5). With the original film’s massive success in 2014, the same team will return in the newest installment for more adventures, with characters such as Peter Quill (Chris Pratt) and Gamora (Zoe Saldana) — even including the return of Groot (voiced by Vin Diesel). Its usage of hit classics from Peter Quill’s “Awesome Mixtapes,” not only contributes to the atmosphere of the film, but also allows fans to fully immerse themselves in every aspect of it — from plot to soundtrack. Marvel will also be releasing “Spider-Man: Homecoming” (July 7), a reboot featuring Tom Holland as the titular character, and “Thor: Ragnarok” (Nov. 3), the third installment of the hero’s franchise.

There are also plenty of other interesting reboots worth mentioning that do not fall into the science fiction category. The Walt Disney Company will be releasing a live-action version of “Beauty and the Beast” (March 17) starring Emma Watson and Dan Stevens. Drawing on the classic animated feature, the live action version contains incredible CGI visuals that create the classic fantasy world that many fell in love with in the animated film. Another anticipated film is Christopher Nolan’s “Dunkirk” (July 21), a period piece set during World War II. Originally made in 1958, the film centers on a group of allied British soldiers left stranded in France, who must travel to the town of Dunkirk in hopes of being rescued. The events in the film were inspired by the true Dunkirk Evacuation of British troops, also known as Operation Dynamo, in 1940.

In the field of animation, however, there are original ideas on the scene, such as Pixar’s film “Coco” (Nov. 22). Inspired by the Mexican holiday Día de los Muertos (Day of the Dead), the film stars a 12-year-old boy named Miguel who is descended from a family of shoemakers. However, they banned music ever since his great-grandfather left his wife to become a musician. Miguel, who loves to play music, mistakenly attempts to emulate his idol, the late singer Ernesto de la Cruz, and ends up in the Land of the Dead. By meeting his ancestors and embarking on a quest to meet de la Cruz himself, Miguel must make it back to the Land of the Living with their blessings to perform before it is too late. Starring an all-Latino cast and drawing from old Mexican traditions, “Coco” will definitely be a film to watch out for this fall.

The most anticipated movie of the year by far will be the recently titled  Star Wars film “Episode VIII: The Last Jedi”. Expanding on the events of “The Force Awakens,” the film will contain both old and new favorites such as Luke Skywalker, Kylo Ren and Rey, and will further elaborate on the battle between the Resistance and the First Order. The movie will also have Carrie Fisher reprising her role as Princess Leia for one last time. With the immense success of “Rogue One” last year, fans of all ages are eagerly awaiting the next installment of the series to release this December.

With the upcoming release of all of these films, it is important to note that Fordham students can see all of them at discounted prices! Movie tickets are only $11 if purchased from the RHA office found in McMahon Hall.

Overall, this year’s movie season seems to bring with it a fair share of highly-anticipated sequels and reboots. And, as long as fans continue to request more content, filmmakers will continue this trend until ideas run dry. In the coming years, hopefully we will see some original ideas steal the show that will help redefine cinema as a creative art form.