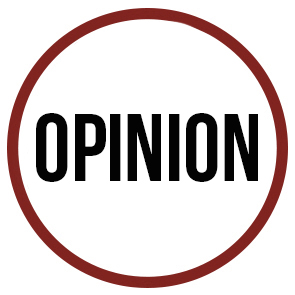 Since Donald Trump went from being Republican Party Nominee to President-elect, those who saw his victory as a long shot have been trying to figure out how he pulled his electoral college rabbit out of his political magician’s hat.

Journalists and scholars alike have suggested that he won the election because of trade and the Democratic Party’s inability to energize blue-collar white voters. Others, however, have pointed to another issue: the prominence of fake news on social media. New York Magazine was one of the first publications to publish the theory after the election. Since then, the theory has grown, leading prominent figures such as President Barack Obama to criticize social media platforms such as Facebook for enabling the dissemination of fake news. While these attacks have spurred action from both Google and Facebook, a recent article by the Washington Post reveals the disturbing extent of this information debacle.

On Nov. 24, Washington Post reporter Craig Timberg published an article that targeted a source other than Facebook for the circulation of fake news: Russia. In it, Timberg reports that the “flood of ‘fake news’” was supported by “a sophisticated Russian propaganda campaign that created and spread misleading articles online with the goal of punishing Democrat Hillary Clinton, helping Republican Donald Trump and undermining faith in American democracy.”

There was, however, a hidden but significant problem with the article that has led sources such as The Intercept and Rolling Stone to call it “disgraceful” as well as “shameful and disgusting,” respectively.

In the article, Timberg cites a seemingly reputable and professional source called PropOrNot, which is simply described as “a nonpartisan collection of researchers with foreign policy, military and technology backgrounds.”

Upon closer investigation, however, PropOrNot is quickly revealed to be not quite what it seems.

The organization’s Twitter account alone is something to behold. Their first tweet on Nov. 5 is “Hello world – PropOrNot is live! Let’s do this =).” Yes, that is a typed-out smiley face emoji. On Nov. 23, it tweeted out that a Buzzfeed article about fake news was “valuable but insufficient. We need opt-out editorial anti-bulls**t immune systems.” It also tweeted out messages like “aww, wook at all the angwy Putinists, trying to change the subject – they’re so vewwy angwy” and “Fascists. Straight up muthaf**kin’ fascists. That’s what we’re up against,” both of which have since been deleted.

To make matters worse, the organization has refused to reveal the names of any of its members and has published “The List,” a collection of sites that “reliably echo Russian propaganda.” On the list, however, are alternative news sites that are widely seen as reputable such as the Drudge Report, Truthout, Naked Capitalism, Antiwar.com and the Ron Paul Institute.

Additionally, as The Intercept discovered, many of the individuals that the organization referred to as  “allied” with it had no connection to the group whatsoever.

Timberg’s reporting is deeply problematic because through his lazy reporting, he only contributes to the issue of fake news dissemination. Additionally, he sets a poor standard and compromises the reputability of the Washington Post, one of the most historically significant news organizations in the United States.

This development demands that people and especially students step up their game when it comes to reading and circulating news stories. As a study reported by NPR found, students demonstrate a general inability to detect biases and outright misinformation in articles they read online. College students specifically did not suspect biases in tweets from activist groups and could not identify the difference between mainstream and fringe sources, according to the study.

These findings show that millennials need to do a better job of critically analyzing the information they consume on a regular basis. It may require extra effort, but the extra caution taken when digesting a media diet is essential. Consuming myriad sources with strong biases and questionable claims will do nothing but satiate a hunger for information with empty words. Luckily, media critics such as those working for On The Media have already begun to compile guides to detect fake news.

The pitfall of this new necessity for skepticism in media circulation, however, is that it runs the risk of ignoring and disregarding marginalized populations. In situations such as the demonstrations against the Dakota Access Pipeline, some information is circulated solely by alternative and activist sites. Due to the encouragement of hyper skepticism of stories, however, the biases of these sites may seem to disqualify their reporting from being seen as reputable. When action in support of marginalized populations depends partly upon people outside of their communities recognizing the struggles and mistreatments they are encountering, this skepticism of media runs the risk of only contributing to the problem.

As a result of these nuances, it depends upon people reading and digesting information to critique the news they are being fed for its fairness and especially its accuracy.

This responsibility, however, does not fall solely to media consumers. Journalists need to do a better job of reporting on all sides of issues and taking the extra steps to ensure the accuracy of their reporting. The world does not need another incident like Timberg’s citation of PropOrNot or Rolling Stone’s “A Rape on Campus,” which is probably the most sensational case of inaccurate reporting in recent history.

Encouraging reporting on all sides of an issue does raise the question of false-equivalency in media. Steps need to be taken, however, to combat inaccuracy in reporting and fake news because misinformation only serves to hurt the communities that consume it.

Fake news has also started to have violent consequences. After reading fake news stories circulated on social media alleging that Hillary Clinton was running a child-abuse ring in collaboration with a Washington D.C. area pizzeria, a North Carolina man fired an AR-15 in the restaurant. Although he was arrested and no one was injured, the ability of fake news to inspire such actions is disturbing.

These recent events and developments have led Oxford Dictionary to chose “post-truth” as its word of the year. The notion of a “post-truth” world should bother us. We should not want to live in circumstances “in which objective facts are less influential in shaping public opinion that appeals to emotion and personal belief.” Knowledge and the power of factual information is what allows us to defend ourselves and to fight for the causes of others. Not only would letting go of that power be the nail in the coffin of our personal freedoms, that power is the very reason the first amendment exists.