Regardless of Trump, The Electoral College Should Remain 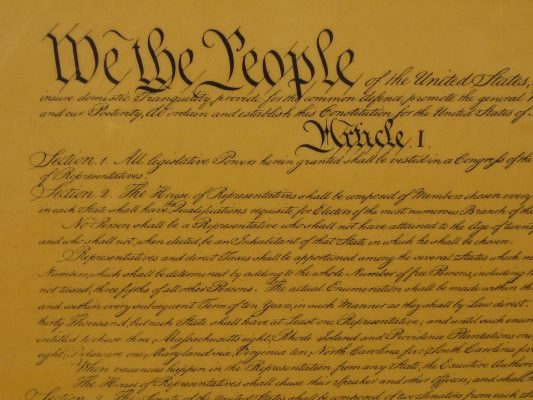 In the most recent presidential election we were faced with a situation in which one candidate secured the majority of electoral votes while the other won the popular vote. The candidate who won the electoral vote, Donald Trump, was announced to be the winner and President-elect, to the dismay of many. While this isn’t the first time this has happened, with the last time being the 2000 election, many are calling into question the reliability and effectiveness of the electoral college.

Before anyone can begin to question the viability of the electoral college, it is important to understand how it works. The electoral college is as old as our nation and was the product of a debate over how the nation could fairly choose a president. The electoral college system calls for people in each state to vote for a ticket that consists of candidate for President and Vice President. The winning ticket will then determine who the elector, or non-government officials who are selected by the state, will cast the designated vote for when the college convenes in December. The number of electoral votes given to the state is determined by the number of representatives they have in congress, which totals to 538 votes. All states, with the exception of Nebraska and Maine, operate with a winner takes all system which bestows all the state’s electoral votes for the candidate with the most individual votes.

One obvious issue with the electoral vote is that it clearly doesn’t reflect the national consensus. However, there are very good reasons that the electoral college still exists today. The college was designed to make sure that voting power was properly dispersed among states. While Hillary Clinton did win the popular vote, it is important to note that she also won some of the most populous states such as California and New York, both home to disproportionately liberal populations. If the election was determined solely based on the popular vote, voters in smaller states such as Wyoming or Montana would be made to feel that their votes would be worthless compared to those of residents of larger states such as California, Pennsylvania and New York.

One issue with the electoral college is the existence of “faithless” electors, or electors who are not bound to vote for the majority ticket. These electors can cast their vote for another ticket when the college convenes and could possible change who wins the election. While this is an interesting idea, given the fail safes in the election system it hasn’t successfully happened in the course of American history. If neither candidate manages to win the majority of the electoral vote, the President would be selected by The House of Representatives.

At this point, you may wonder if there have ever been any attempts to abolish the electoral college and the answer is yes, there has been numerous attempts over the years. The main reason that they have failed is due to the fact that there is no better alternative to the Electoral College. Many have called for the Presidential election to be decided based on the popular vote alone, but as explained, there are issues with this method that make it less than ideal on its own. While many are unhappy with the electoral college’s pick for president, abolishing it in favor of the popular vote wouldn’t be the best answer.