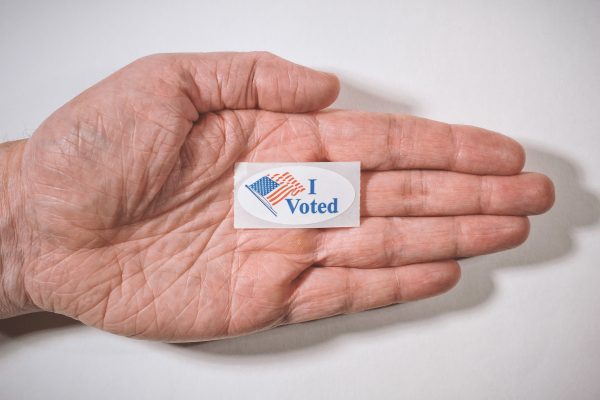 After you finish reading this sentence, raise a finger for every one of your local representatives whom you can name without using Google, including your state, county and city. If you put up three fingers, I am impressed. Last year, I would not have been able to do that myself. Sure, I had seen the yard signs and gotten the automated robo-calls for all the local candidates, but did I care enough to look up their names when I got home? No, because it was just local elections. They are not glorified like presidential elections every four years, so they obviously could not be of much importance, could they?

During the 2016 primary season, I, like many other young people, supported social-democrat Bernie Sanders. I was proud that the first time I paid careful attention to politics, it was to support someone who stood for everything I did: he shared my views on abortion, foreign policy and the economy. I was naïve and relatively uneducated about the country in early 2015, but I taught myself about politics because I found a candidate whose moral outlook truly resonated with me. But even as primary season progressed, I could not tell you anything about Governor Chris Christie of my home state of New Jersey, other than that he had a short-lived run for president as a Republican and he did something really bad with the George Washington Bridge. I suppose I chose not to pay attention to him because he did not resonate with me like Sanders did… but then again, neither does Donald Trump, and I soon found out how important it was to know about him.

I never cared for Christie until I noticed that something he did directly affected my life. Last month in New Jersey, Christie pushed through a bill that would implement a 23-cent per-gallon tax on all gasoline purchases for motor vehicles. Suddenly, I found myself livid. I had no say; this was not fair to me!

But, of course, I’d already had a say. I just hadn’t cared enough to say anything.

Not caring about Christie was as dangerous as not knowing about Trump. What I failed to realize is that I live in New Jersey just as much as I live in the United States, and both Governor Christie and President-elect Trump have the ability to execute the laws of my land. Christie could ameliorate or decimate my quality of life in a matter of weeks, just like Trump could.

But state elections are not, by any means, the smallest elections in which Americans can vote. Voting goes down to county and city officials; even laws appear on local ballots. For example, I voted for my county’s sheriff and clerk as well as a New Jersey law regarding casinos and gambling on election day this year. It all comes down to being informed.

Being informed is the most important thing one can do to prepare for election day. Ignorance leads to unwanted outcomes in elections. All it takes is a Google search and a half hour of spare time to find out more about nominees. The common misconception that one vote does not matter must be stricken down by force.

This year, in the general election, the 2 percent vote that went to Gary Johnson in many states could have been the difference between a Trump or Clinton victory. The race in New Hampshire was within 15 votes at one point, with Clinton eventually pulling off a narrow win. According to the United States Election Project, 46.6 percent of eligible voters did not vote. According to The Center for Information and Research on Civic Learning and Engagement, 50 percent of millennials did not vote.

I provide these statistics to prove one point: every vote counts. For the first time since the Bush administration, the United States has a Republican President, Senate and House of Representatives. With Trump having won the presidency, there will likely be a Republican Supreme Court, which means all three branches of the government will be controlled by Republicans. This will affect the land in which you and I live and go to school and work, both on the national level and on the local level.

Please do not say that your vote does not matter. If you really are enraged by the results of this year’s election, don’t wait until 2020. Get out and vote in the midterm elections in two years and try to help Democrats regain the Senate and the House, which will balance out the impending far-right Trump presidency. Local elections matter. Don’t pass them off as unimportant, because you will not just be hurting yourself, you will be hurting everyone who lives in the same area as you.

Do some research, educate yourself, enjoy the learning process and make an informed decision. Your town, your county, your state, and your country need your vote. Your voice matters, nationally and locally. Act like it.