“Fantastic Beasts” Will Be Screened at Carnegie Hall 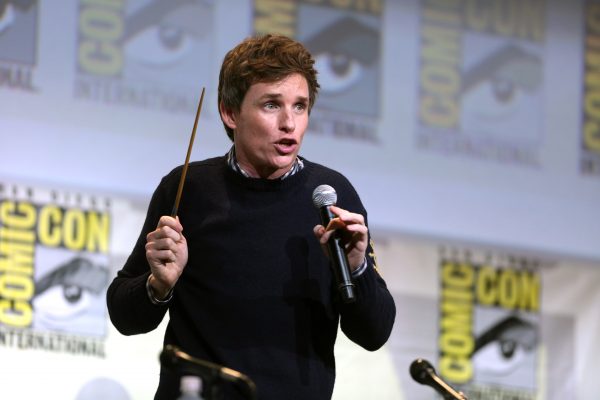 Academy Award winning actor Eddie Redmayne stars in "Fantastic Beasts and Where to Find Them." (COURTESY OF GAGE SKIDMORE/ FLICKR)

No matter how ardent or small-scale a fan, we can all admit that the closing of “Harry Potter and the Deathly Hallows: Part Two” marked a nostalgic end to an era, and to millions of childhoods across the world. But come this November, the Wizarding World will be back on the big screen with an adaptation of J.K. Rowling’s companion novel to the Harry Potter series, “Fantastic Beasts and Where to Find Them,” starring Academy Award-winning actor Eddie Redmayne. The movie will be the first of a trilogy created in response to Rowling’s book, and it has fans eagerly waiting with wands at the ready for the general release on Friday, Nov. 18.

For those who no longer keep up with the day to day happenings in the Wizarding World, “Fantastic Beasts and Where to Find Them” is actually a book that you can find Harry and his friends reading for class within the series. Rowling then wrote the book’s content, which follows the character of magic zoologist, Newt Scamander in his adventures throughout New York City in the 1920s. So where would it be best to usher in this new era of magic and mayhem? Right where the book began, here in New York City!

On Saturday, Nov. 12, a week before the movie’s general release, Carnegie Hall will host both Rowling and Redmayne for an in-depth discussion of the movie, followed by a screening of the film for the audience. The screening is open to all, with ticket prices ranging from as reasonable as $25 to as high as $500 and can be purchased at Carnegie Hall or online. But as the date draws near tickets have begun to disappear as well leaving reasonably priced options scarce.

But unlike every other star-studded movie premiere, all proceeds from this event will be donated to the Lumos Foundation USA, which was started by Rowling. Although uncommon in comparison to the many other revenue-driven Hollywood events, this isn’t surprising, having come from J.K. Rowling.

Even Danielle Marshall, Fordham College at Lincoln Center (FCLC) ’19, who is not an avid follower of the series, says the event is of little surprise to her. “Even as a less-than-obsessed Potterhead, it is pretty common knowledge that Rowling is generous,”Marshall said. “In the past, she was knocked off of Forbes’ Billionaires List due to her charitable giving.”

Established in 2004 by Rowling, Lumos is a foundation dedicated to ending the mass institutionalism of disadvantaged children in orphanages throughout the world. The money raised by Lumos is used to help take these eight million children out of inhumane conditions and provide them with an environment that gives them the education, love and individual attention they deserve. This movie screening’s revenue, thanks to Lumos’ “100-percent pledge,” promises that every last penny collected from the event will be donated to Lumos Foundation USA.

So put together a fantastic movie with a great cause, and what do you get? An overflowing response of dedicated fans at the ready to buy their tickets for a behind-the-scenes look into Rowling’s next step forward in this unique universe. Ashley Simpson, FCLC ’20, is one of the many passionate fans of Rowling who has long been anticipating the arrival of this movie. Simpson thought she had seen it all after attending two of the Harry Potter premieres over the course of the many movie releases. But after recently hearing about this fundraiser screening, Simpson said, “I am more excited than ever to go see the movie’s release. I already have my book out ready to reread!”

Written by one of the most revered authors of our lifetime, performed by an award-winning cast and all in the name of a good cause, it is impossible that this evening will be anything less than sublime. So before going out in the city on Nov. 12, consider adorning your Gryffindor sweater and flying on over to Carnegie Hall on 57th Street and Seventh Avenue for an enchanting evening. One only made truly possible by the magic put forth by J.K. Rowling, both inside and outside the Wizarding World.