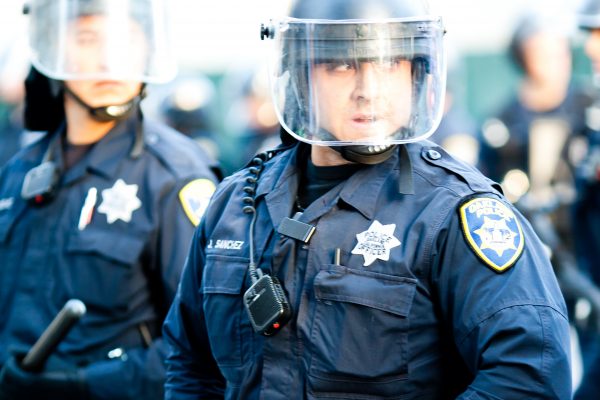 In the aftermath of countless highly publicized shootings of civilians by police officers, such as those of Alton Sterling and Philando Castile, the actions of law enforcement have come under a greater level of scrutiny than ever before. In the face of this criticism, families and supporters of law enforcement alike have mounted to defend police officers from accusations of abuse of authority and corruption, under the banner of “Blue Lives Matter” organizations. Groups such as these often claim they are invested in the defense of “first responders,” but the use of this term in media and debate has served to detract from the general discourse surrounding the police, and at times shield it from responsibility for wrongdoings.

First responders are defined by the U.S. Department of Homeland Security as “those individuals who in the early stages of an incident are responsible for the protection and preservation of life, property, evidence, and the environment.” As one might expect from this definition, the term “first responder” is often used interchangeably with “firefighter,” “paramedic” and “police officer.” The New York Post popularized the phrase in reference to the public safety workers that “first responded” to the scene of the 9/11 terrorist attacks. Clearly, under this definition, the term “first responder” is accurate for a police officer, as many sacrificed themselves on that tragic day to save the lives of innocent men and women. However, in other contexts, the use of this term tying together Emergency Medical Services, fire departments and law enforcement can become an issue when reforms of the police department are being debated.

The problem with tightly grouping these roles together is that it makes it more difficult to critique one free of the assumption that you are critiquing all of the others. Firefighters and paramedics are not charged with active confrontation with the citizenry, but are only tasked with saving them from dangerous situations. Police forces, on the other hand, must maintain the law through violent force if necessary. According to the Fraternal Order of Police, a vital part of the police’s mission is “to inculcate loyalty and allegiance to the United States of America; to promote and foster the enforcement of law and order.” This is not the same as the role of the fire department, which as the FDNY website states, is to “keep our citizens reasonably free from danger, especially deliberate, harmful acts.” This is not to say that police do no good, or that the fire department can do no wrong, but it is important to point out that there is a difference in their purpose and mission, as well as their history.

While the police force certainly does good things, it would be a mistake to ignore the historical reality of its existence. According to a study by the Eastern University of Kentucky, modern policing has its roots in 19th century battalions loyal to factory owners and landlords, whose original purpose was to break labor strikes, catch runaway slaves and maintain the property laws of an inherently unjust and exploitative economic system. The first American police force was not established until 1838, and the idea of most municipalities setting up their own law enforcement divisions was not commonplace until the 1880s. Understanding the origin of police forces (and understanding that they are a very recent invention) is vitally important, as it makes it clear that the police are not infallible, nor are they always just. While public attention is now placed on the contributions police make to the public good, the inherent role of the police as breakers of strikes and protests remains in force, as has been seen in the recent examples of the crackdown on the Occupy protests and on the 2012 strike of the International Longshore and Warehouse Union (ILWU).

Acknowledging this troubling facet of the historical role of the police opens up the door to a much more rigorous questioning of the nature of policing and the kind of behavior we should consider acceptable from officers of the law. References to “first responders” limit this by contributing to a lionizing of the police as purely a public safety organization, while limiting our ability to acknowledge its continued role in maintaining structures of inequality, and in this its profound difference from EMS and fire departments.

One troubling example of the “first responders” term being used is within the context of Louisiana’s recent “Blue Lives Matter” bill, which extends hate crime protection to police officers and firefighters alike, under the umbrella of “first responders.” This law’s miscalculation is that it grants police officers the same protection afforded to people who are under threat as a condition of their very identity, such as those at risk of retaliation due to their race, gender, religion, or sexual orientation. Much like the term “first responders” itself, it attempts to introduce the idea of police officers as a protected group that cannot be criticized by implying that police are an oppressed group like people of color or queer folks, and dismisses any attempt to critique very real power dynamics as irrational.

When a man such as Philando Castile is slain at a traffic stop as his young child watches on in horror, his killer must be held accountable, regardless of his badge or his uniform. This is a necessary condition for a just society. Policing desperately needs radical reform, and the use of systematically misattributed language such as “first responders” is not the way to open up that dialogue.