On the Issues 2016: Student Loan Debt and Higher Education Cost 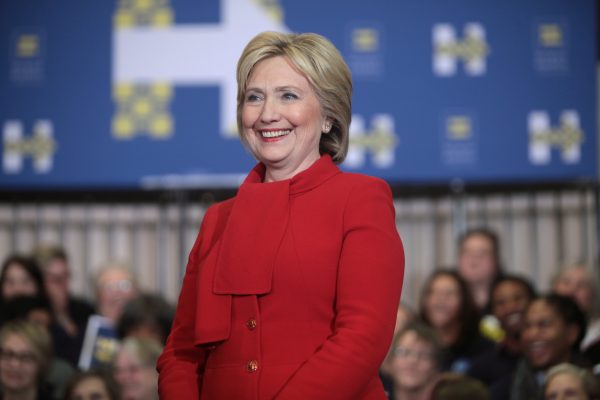 By JOHN MCCULLOUGH and BEN MOORE

As the general election nears, The Observer will be running a series of articles on political issues that affect students directly. In our coverage, we will analyze each of the four presidential candidate’s (Clinton, Johnson, Stein and Trump) stated platforms on these issues and examine how they compare to one another and in theory. This particular feature concerns the topic of student loans and tuition costs of higher education, as it directly affects the majority of students on campus and throughout the country. If you would like a particular issue to be covered or want to cover an issue yourself, please reach out to us at [email protected]


Donald Trump, Republican Party:
On the topic of student loans, Mr. Trump explained  in a town hall meeting on Fox News that “The students [have] become a conduit to the U.S. Government and the colleges are not watching their costs.” Further, back in 2015, Trump acknowledged that student loans are one of the few things that the government should not make money on.

The Trump campaign rejects the idea of debt-free public education and  Mr. Trump himself dismissed the idea in the same hall meeting, calling it “just words” and indicating that it was an impossible cost. Sam Clovis, the policy director of the Trump campaign, in an interview with  Inside Higher Ed, stated “Unequivocally no,” when asked about this possibility. In response, he rhetorically asked “How do you pay for that? It’s absurd on the surface.”

Inside Higher Ed also reports that other changes being discussed within the Trump camp “involve a complete overhaul of the federal student loan system, moving the government out of lending and restoring that role to private banks.” Clovis explains that colleges and banks should make loan decisions “in part on students’ prospective majors and their likely earnings after graduation.”

Clovis added Proposals currently being prepared would upend the current system of student loans, force all colleges to share the risk of such loans and make it harder for those wanting to major in the liberal arts at non-elite institutions to obtain loans.

Trump’s most recent comments came from a town hall meeting earlier this year on MSNBC. He did little more than acknowledge that many students were interested in this topic, briefly mention the possibility of loan extensions and low interest rates and “a lot of good things,” before concluding ‘we’re going to work on it.”

With the general election less than three months away, it is completely unassuring that Trump has not committed to a definitive stance on this issue and that the most comprehensive description of his stance is not coming from him, but rather from his campaign manager. Trump‘s stances on higher education in general and student loan repayment are nowhere to be found on his presidential website either.


Dr. Jill Stein, Green Party:
In an interview with Fox Business, Dr. Stein describer her belief that a student bailout could be achieved tax-free, by the Federal Reserve canceling the debt. She views a student loan bailout as a way to lead to U.S. economic growth, especially since the U.S. government is ultimately responsible for holding these loans.

Dr. Stein previously spoke on this issue  in a response to President Obama’s State of the Union Address from 2016, in which she stated, “the bailout for students can be accomplished through quantitative easing, the finance tool used to bailout the banks.”

According to Investopedia, an investing education site, quantitative easing “is an unconventional monetary policy in which a central bank purchases government securities or other securities from the market in order to lower interest rates and increase the money supply…and does not involve the printing of new banknotes.”

Potential drawbacks according to The Economist include the risk of creating unchecked inflation of the markets, the distortion of government debt, both of which could potentially lead to unstable economic futures and possible market stagnation.

Dr. Stein herself, in a video interview on The Young Turks, a liberal online news channel, explained quantitative easing as “a magic trick which people don’t need to understand more about,” and a “a digital hat-trick.”

This rhetoric is extremely damaging, as it proposes that students with college loans simply accept this as a concrete solution, without having to understand the policy. By failing to explain this to voters and students alike, Stein does not inspire confidence in her ability to enact a policy she does not believe is worth explaining.

On her  presidential campaign site, Dr. Stein has the following comments to offer on the issue of student loan repayment and the cost of higher education: “Abolish student debt to free a generation of Americans from debt servitude. Guarantee tuition-free, world-class public education from pre-school through university.”

While these statements sound definitive, they lack any specific details and fail to expand upon her understanding of quantitative easing, which she holds as the basis of her plan.


Gary Johnson, Libertarian Party:
The Libertarian candidate does not offer much on his stance on student loan debt. There is nothing listed on the campaign website on the subject, and he has certainly not laid out anything that could be considered a concrete plan.

However, in an interview with Politico he suggested that he might consider lowering interest rates for student loans.  He stated, “Well, what he’s [Sanders’] right about is that students have been sold a bill of goods, so as president of the United States, at the end of the day, I get to either sign or veto legislation that Congress sends me, I would really take a hard look at how students might, I don’t know, receive some sort of benefit or reduced interest rate. I mean, if we can–if the Federal Reserve can bail out all the big banks, it seems to me that we might arrange lower interest rates for these loans to get paid back.”

While this sounds reasonable, Johnson later in the same interview expresses his agreement with the standard libertarian viewpoint that the reason for the student debt crisis is that the government has offered millions of loans at artificially low interest rates. If that perspective sounds like it’s at-odds with his previous statement, that’s because it is. These contradicting positions appear sentences apart.

One explanation for this would be that Johnson has expressed a clear interest in picking up Democratic voters who supported Bernie Sanders in the primary to vote for him in the general election. His non-committal intention to “look into” a reduction of interest rates is most likely him extending a meek olive branch in the face of no overlap in economic policy (unsurprising when comparing a social-democratic Senator from Vermont with a Governor of New Mexico who favored spending cuts and privatization of the education system).


Hillary Clinton, Democratic Party:
According to Clinton’s official campaign website, the chief plank of her new student debt plan is her resolution to make public universities and colleges tuition free for low and middle-income students by 2021. She also pledges support for tuition-free community college, and the creation of a $25 billion fund to support institutions that predominantly serve people of color. The education platform also promises slashed interest rates, aid to students who default on their debt and a tougher stance against “predatory schools, lenders, and bill-collectors.”

In addition to the above promises, Clinton’s plan calls for a simplification of the loan repayment process. According to the Clinton campaign website, she also intends to utilize the presidential power of executive action to establish a three-month moratorium on student debt repayment, in order to “give every borrower a chance to consolidate their loans, sign up for income-based repayment plans, and take advantage of opportunities to reduce their monthly interest payments and fees.”

The new plan Clinton has released is somewhat different than her original plan, and represents the impact that the candidacy of Bernie Sanders in the Democratic primary has had on the race as a whole. At the beginning of the race, Clinton was attempting to pass off her status as a moderate as a selling point; it now massively detracts from her appeal. The addition of tuition-free public college for the vast majority of American students shows effort to strengthen the role that she attempted to portray herself in debates next to the Vermont social-democrat: the “progressive who gets things done.”

A curious component of Clinton’s plan is granting a three-year deferment of loan payment to “social entrepreneurs.” The idea behind this is that giving debt relief to future entrepreneurs will make it easier for them to set up their businesses and, as the theory goes “create jobs.” This sounds fairly logical, but this market-based solution also endorses the traditionally right-wing view of the businessman and woman as a “wealth creator” and fits comfortably in the style in which capitalism has been managed since the 1980s, commonly referred to as neoliberalism. This pro-business plank in Clinton’s student debt plan is consistent with her support for the policies of the center-right as First Lady, Senator, and Secretary of State.