The Key to Thriving During Finals 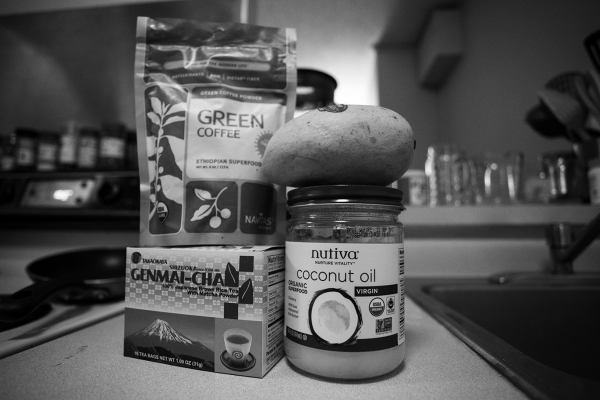 As final exams approach, students can better prepare mentally and physically both inside and outside the classroom. (JESSE CARLUCCI/THE OBSERVER)

With the stress and anxiety of finals piling up, many students may be worried and questioning why they appear so tired and can’t get enough sleep each night. One can’t blame students for the plethora of papers they have to finish writing and the exams they have to ace within the next two weeks. However, a closer look shows that students must take part of the blame.

After interviewing Melanie Ordway R.D., Fordham University’s registered dietitian, it is evident that students can do a better job of coping with the stresses of the last weeks of the semester. Ordway is originally from Ithaca, New York, earned a Bachelor of Science degree in Dietetics from SUNY Oneonta and completed her supervised practice at the University of Delaware. Many students may not be aware of this, but this is Ordway’s second academic year with Sodexo, serving as a dietitian for all Fordham students.

One way students can better prepare themselves to thrive during such hectic periods is to make proper eating a priority. Unfortunately, one reason that accounts for this is that students are simply not eating. She stated, “First and foremost, students should not skip meals. I’ve seen so many students come to me saying they’re having a difficult time staying awake in class or having a hard time focusing.” She continued, “[students] may be waking up and only having a cup of coffee and a bite of a muffin and not eat until four or five in the afternoon.” Students need to understand that food is the body’s fuel. If students are undernourished, they are deprived of their primary sources of energy, calories and carbohydrates, which are needed in order to stay alert during the day.

With that said, students should be conscious of what they eat. The stress of final exams should not be an excuse for students to rely on junk food and pizza each night. Ordway underscored this saying, “Finals time is an easy excuse for students to say, ‘oh I studied all day,’ or they go to the library and eat an entire box of Cheez-It’s.” That doesn’t mean students should be stocking up only on fruits, vegetables and grains either. “All foods belong in your diet in one way shape or form. I don’t want to say live off a diet of oatmeal, oranges and almonds,” Ordway said.

In other words, students should have a balance when it comes to their portion sizes. “I’m a big advocate that there is not one food that you shouldn’t eat or avoid. There’s a strong mental relationship with food too,” Ordway said. So, why do portion sizes matter? She answered this by saying that proper eating is important especially when emotions may be running high.

So, what should students be eating? Ordway replied, “Students need to make sure they are having combinations of healthy carbohydrates like whole grains and lean proteins.” An example of this is oatmeal, which not only is a complex carbohydrate which can keep you full, but it also helps the brain produce serotonin. Serotonin is a neurotransmitter that when released, creates a sense of euphoria. Moreover, oranges are helpful in providing the body with more Vitamin C. When stressed, hormone levels may be lower than usual. Thus, oranges supply the body with extra vitamin C for an immune system boost. Additionally, plant-based proteins such as beans, legumes, lentils and almonds can be beneficial. In fact, Ordway suggested almonds. “[They] are great things to keep in your bag and they are nonperishable. They provide a good source of protein and heart-healthy fat.”

Another component to succeeding during the final weeks is hydration. Students tend to become too reliant on drinks other than water. “I’d like to see students hydrated with water first and foremost. That can help with brain function, as well,” Ordway said.

When asked about other drinks such as coffee and tea, Ordway confirmed that they are only problematic when over-consumed. “Caffeine is necessary during finals time as you may be staying up later than usual and have to stay focused. However, the amount we may be drinking can become excessive and can interfere with our sleeping pattern,” Ordway said.

Equally important, students need to avoid alcohol and energy drinks while studying during the next two weeks. Ordway accentuated the negative effects of such drinks. She articulated, “Alcohol and energy drinks can really interfere with sleeping patterns, which can make success on exams difficult.” Alcohol can interfere with parts of the brain that control movement, speech, judgement and memory. Suffice to say, such drinks can prevent students from performing well. When students aren’t focused on staying healthy, their grades will suffer.

Ordway highlighted that an important factor in order to not be overwhelmed during finals week is sticking to one’s routine. She said, “Make sure you keep your routine as best as possible. If you are someone who wakes up and eats breakfast, make sure you get up and still eat breakfast.”

She further noted that students should exercise to destress. “If you are someone who is physically active, I think physical activity is great, especially during finals.” While some may think that the time spent for exercise can be used for studying, Ordway expressed that a little exercise doesn’t hurt.

After wishing all students good luck on their exams, Ordway gave a reminder to them to not forget to socialize. “Make sure to still include the social aspect of your lives. Having a little break from studying will never hurt anyone.” It may even help students perform better on their exams.