Political Expert Weighs in on the 2016 Election Process 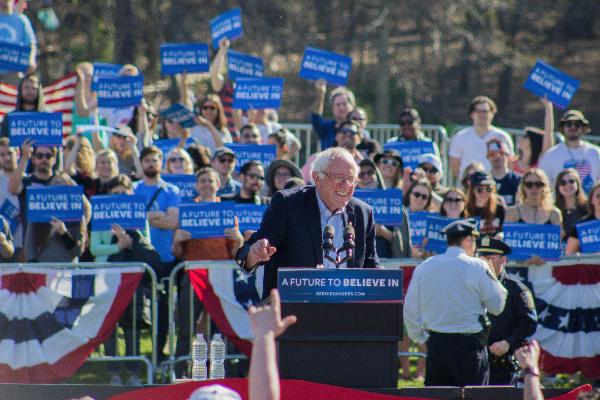 With both the Democratic and Republican National Conventions looming over the summer break, it appears that anything could happen during this presidential season. The Observer spoke with Christina Greer, associate professor of political science, to determine what may happen in this primary season.

The Observer: Compared to other Democratic primaries you’ve followed in your lifetime, where does this one stand?

Christina Greer: Well in the past I have to say, even in 2008, I can’t say the election was this exciting. In 2008, we were essentially going state by state between Clinton and Obama, and there was sort of a different division obviously in how they wanted to get things done but not necessarily in what they wanted. Yes, there were conversations about war, whether or not Obama supported the war—he did not because he wasn’t even in the Senate at the time of the vote. And so that was sort of the biggest issue there.

This year it seems as though there’s a much larger core of ideas and how to implement them and some real divisions within the larger party about what the direction should be and what a Democratic candidate should look like. Hillary’s someone who’s not going to essentially look like a Republican half the time and really go for what Democratic ideals should be. So we’re actually at more of a division than many people anticipated, largely because many people did not anticipate Bernie Sanders even making the inroads that he has.

The Observer: What is your take on Sanders in the Democratic Party or a third-party run?

CG: I think what this race is really showing us is that the labels we are using are in many ways inaccurate. In the old days, Sanders would be a Democrat, Clinton would be a Republican, and then the Republicans would just be off the pond. We have no idea where they would be because they have shown themselves to be so extremist on the presidential level.

We know that Obama is not a liberal. He’s a centrist Democrat, and that’s, in the past, who we’ve tended to elect to be our president: centrist Democrats. So when it comes to the comparisons of the Obama era and today, we also have to be real about why and how we voted for Obama, and for some people, with the excitement of voting for Obama, they weren’t paying attention to some of the rhetoric. It was quite clear that they weren’t paying attention.

The Observer: So what advice would you give to the Democratic campaigns?

CG: For many people, if Sanders is their first choice, they are making the argument for themselves, saying, “Well, he probably won’t win, so I’ll just vote for my second choice,” and that’s what happens quite a bit. If he can convince people to vote for their first choice, I think he’s got great momentum.

The Observer: Since you teach a course on campaigns and elections, how would you design a primary system to either maximize or minimize the ability of an outsider candidate, like Trump or Sanders, to break through?

CG: I don’t think that democracy is setup to minimize people. I think if the public speaks, then we should listen. My issue is that it’s only a small percentage of the public speaking. I really wish we could figure out a way to get more people involved. We know that there are costs to voting, not just $2.75 to take the subway to your polling station but trying to find childcare and healthcare and get off of work if you’re working two minimum wage jobs and you could lose your job if you leave early to go vote. So we really need to think about the strategies that other countries utilize that are really effective [like] where they have weekend voting on a Saturday and a Sunday.

Some people argue that it shouldn’t be easy to vote, but we make it pretty difficult for people and it’s a pretty complex system. We’re a highly educated people, and I talk to my students all the time, and they’re even still confused about where they should register. They’re really confused about the dates. In New York, we’re voting in April for the presidential primary, in June for the congressional primary, in September for the state legislature, and then November for the general election. Many people don’t understand what all these dates mean, and so it’s a larger education process that also needs to explain to American voters what all these different levels and layers of government mean, because they don’t really know who they’re turning out for.