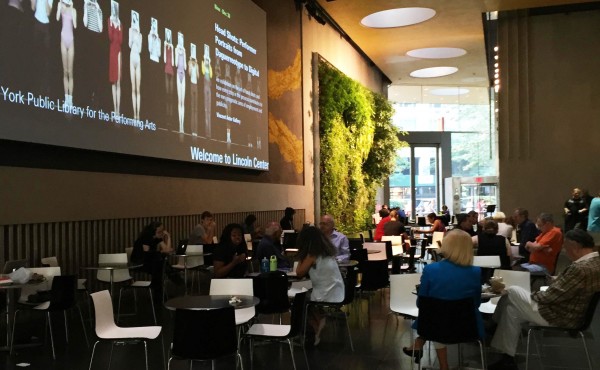 As finals draw near, students at Fordham Lincoln Center are out and about, trying to have fun on last minute excursions before it’s time to study in the library. Venturing far from campus during this busy time may not be ideal for some—luckily, the Lincoln Center for Performing Arts offers an alternative. During the week of April 18, several free nightly activities will be held at the David Rubenstein Atrium, providing students with the perfect study breaks. The events will take place on Wednesday, Thursday and Friday night.

On Wednesday, April 20 at 7:30 p.m., producers for HBO’s VICE television series will host a special screening and talkback of one of their newest episodes that is guaranteed to peak the interests of those interested in politics and international relations. The first half of the episode centers on Donald Trump’s latest exploits in Dubai, where the presidential hopeful has employed the Emirati firm DAMAC Properties to build Trump International Golf Course. The second half switches gears completely, following VICE Correspondent Isobel Yeung to South Africa, Kenya and the Democratic Republic of Congo as she explores the growing China-Africa relationship and how it could affect global politics.

On the following day, April 21, the atrium will host Madrid-based dancer and choreographer Camille Hanson. In her piece, “The Sacrifice of Giants,” Hanson combines dance and live music from jazz clarinetist David Rothenberg to pay tribute to the animals of the ocean while highlighting a major ecological problem—the continued imprisonment of ocean wildlife. Hanson was inspired to create this number in an effort to connect the audience to the natural world. She hopes to “promote public awareness to the needs of the natural world…[and] sensitize audiences to the need for conservation of our beloved species and oceans” through movement. “The Sacrifice of Giants” performance will begin promptly at 7:30 p.m. and is presented in conjunction with the Bogliasco Foundation.

Finally, continuing with the theme of Spanish influence, the Mambo Legends Orchestra will be performing “¡Vaya 63!” on Friday, April 22. The Mambo Legends Orchestra draws its influence from big band and swing style music of the 50s and 60s, combining traditional elements with new musical concepts. Band leaders John “Dandy” Rodriguez, Mitch Frohman and Jose Madera encourage audience members to dance the night away to the sounds of the lively Latin jazz music. “¡Vaya 63!” kicks off at 7:30 p.m and is presented in partnership with Social Change Lab and NYU Music.

Seating for each of these events is on a limited first-come first-served basis. The David Rubenstein Atrium is located across the street from Lincoln Center, between P.J Clarke’s and Rosa Mexicano.