“Sing for Spring”: A Concert to End the Stigma Associated with Mental Illness 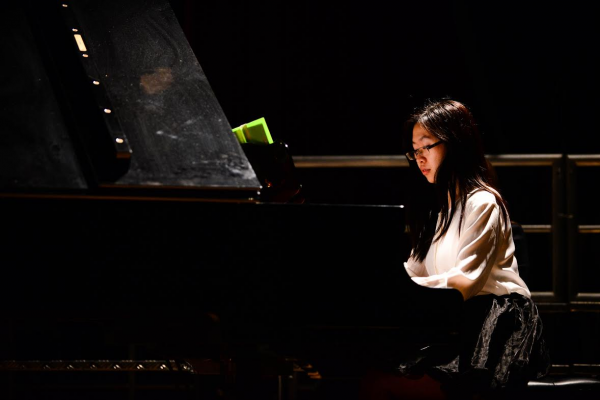 Lucia Zhou has practiced piano since the age of 5. (PHOTO COURTESY OF LUCIA ZHOU)

This semester, while many students at Fordham College Lincoln Center (FCLC) were busy planning their spring break vacations, Wan’ting (Lucia) Zhou, FCLC ‘19, was engrossed in planning a different sort of event—a student-led concert to reduce stigmas for mental disorders. Sponsored by the Counseling Center, Psychology Department, FCLC’s Psi Chi Honor Society and the Manhattan Psychology Association, and with special guidance from psychology professor Dr. Takooshian, “Sing for the Spring” will be held on Friday, April 1 in Lowenstein 523 at 6 p.m.

Zhou first felt compelled to do something to raise awareness for mental illness when one of her close friends who attends a different school was publicly embarrassed and singled out among the student body for reporting his clinical depression to school administration. “I don’t think it was the administration’s fault,” Zhou was quick to mention. “People think depression is a bad thing and it is hard to change how society thinks about things.”

Upset at her friend’s embarrassment, she turned to music to calm her mind. While mid-rehearsal at Juilliard where she takes night classes, Zhou realized how calm the sound of a piano made her feel. “Music is the instrument that can make everyone perceive certain emotions without bias, boundaries or limitations,” she explained. Zhou began to formulate an idea. The sound was enough to uplift her mood and she hoped it could do the same for others. Having trained as a professional pianist in her childhood, she decided that she could put on an informational concert that would teach the audience about mental illness while simultaneously making their emotions mimic those of the individuals that suffer with mental illness.

When asked why she planned the concert, Zhou responded that she was obligated to do something—she couldn’t let her friend suffer. “I feel obligated to pass this information on so that my peers and my friends will be more informed, that way if they come across something like this, they can do the right thing”

The concert will feature songs that target specific emotions, including anxiety, joy and frustration. In between compositions, performers will read facts about various mental illnesses in hopes that the audience will leave the concert feeling knowledgeable and more accepting of individuals who suffer from those diseases. Zhou hopes that feeling these emotions first hand and hearing facts about them will help attendees understand the lives of those living with mental disorders. “If people could feel the sadness, grief and desperation [felt by individuals with mental illness] and the hope and joy of getting recovered, then maybe they would be more willing to take a different stance and learn about mental issues.”

Zhou has been using music as a way to uplift and help others since the tenth grade when she single handedly composed, recorded and sold an album for charity. Titled “A Wish,” Zhou donated all of the proceeds from the CD to the United Nation High Commission of Refugees. As people would approach Zhou to buy a disk, she would explain the refugee crisis to them and offer more suggestions as to how they can help. She stated, “that was really when I saw I had an opportunity [to help].”

Also performing in the concert are Cat Reynolds, FCLC ‘19, Michael Appler, FCLC ‘19, Franco Giacomarra, FCLC ‘19, Olivia Ling, FCLC ‘17, Nathan Miranda, FCLC ‘16, and Ken Yoneda, Graduate School of Arts and Sciences (GSAS)  ‘17.  If you or someone you know suffers from depression, the Counseling and Psychological Services office has valuable information and offers many resources to Fordham students.