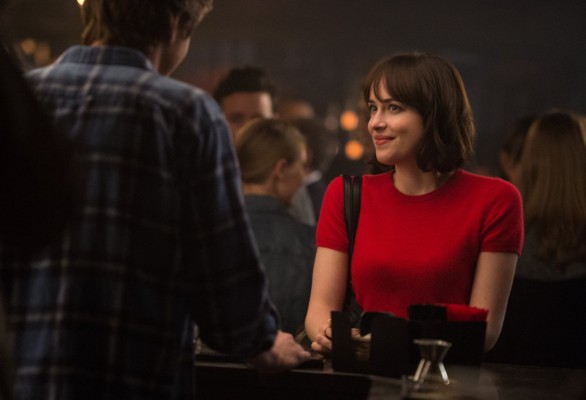 Dakota Johnson in "How to Be Single." (JoJo Whilden/Warner Bros. Entertainment via TNS)

March is Women’s History month and what better way to celebrate than kicking back and watching classics with female leads and directors . The Fordham Observer is sharing some of our favorites.

“How to be Single” (In Theaters)

Set in Manhattan, “How to be Single” (2016) is the story of Alice (Dakota Johnson) who, with the help of her sister Meg (Leslie Mann) and new work friend Robin (Rebel Wilson) learns the importance of independence and freedom. Alice finds her inner happiness, discovering that she has the capability to enjoy life without having to have someone by her side. The entire film is lighthearted, celebrating the single life instead of insinuating that women must have a partner to be happy. Unlike the conclusion of most Hollywood films of this genre, the single Alice does not end up with any man. Instead, she finds her inner happiness and learns that living for yourself is more important than living for anyone else. Johnson, Mann and Wilson are a winning team, excelling when placed in a scene where they can feed off of the energy of one another.

This film stars Julia Roberts as the non-orthodox art history professor Katherine Watson, “Mona Lisa Smile” (2003)  is set at the all-girls Wellesley College in the 1950s. Besides educating the brightest young women in the nation, including students Betty Warren (Kirsten Dunst), Joan Brandwyn (Julia Stiles), Giselle Levy(Maggie Gyllenhaal) and Connie Baker (Ginnifer Goodwin), Wellesley College is also teaching them how to become proper wives and housekeepers. Weddings are the biggest event of the school year and newlywed brides are excused from classes for a short time in order to get their homes in order. When Roberts does not conform to these standards and begins to profess her feminist beliefs to her students, she is targeted and scorned for not helping the young ladies “fulfill their societal duties.” Although the girls and the teacher begin the film as enemies, it concludes with a touching display of friendship between not just a student and a teacher, but between equal women.

“A League of Their Own” (Netflix)

Directed by Penny Marshall, “A League of Their Own” (1992) is the story of an all-female baseball league in the mid 1940s that is struggling to stay active after all of the men return to the states following the end of World War II. Led by a cast of female all-stars including Geena Davis, Lori Petty, Rosie O’Donnell and Madonna, “A League of Their Own” wants to make the audience laugh more than anything, offering smart humor and exciting, yet comical baseball sequences. Full of quotable dialogue (“There’s no crying in baseball!”), this film takes a lighthearted approach to tackling a much bigger issue—the hardships women face competing or working in male dominated fields.  Overall, “League” is a home-run— a film that will leave you wanting to head out to Central Park to play ball like a girl.

“The Sisterhood of the Traveling Pants” (Netflix)

Based on Ann Brashares’ best selling young adult novel, “A Sisterhood of the Traveling Pants” is the story of four best friends  (Alexis Bledel, America Ferrera, Blake Lively and Amber Tamblyn) and one magical pair of pants. While thrift shopping as a group, Carmen (Ferrera) buys a pair of pants that, despite all odds, fits every girl despite their vastly different body sizes. In the face of a difficult summer apart, the girls take this as fate—a sign that they are meant to be best friends. For the first time since they were born, the close friends will be separated for an extended period of time. Lena (Bledel) is headed to Greece to spend the summer with her grandparents, Carmen goes to South Carolina to visit her father, Bridget (Lively) is off to soccer camp in Baja California and Tibby (Tamblyn) is left alone in their hometown of Bethesda, Maryland, to work at Wallman’s superstore. As the girls gather one final time before they split up for three months, they each vow to take turns wearing the pants before sending them on to the next girl to let them work their magic.