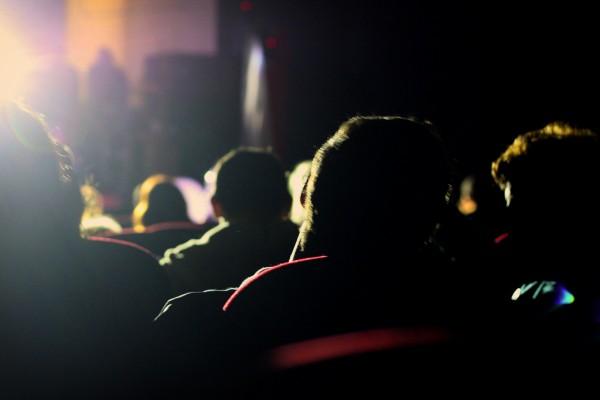 The movie theatre is defined as a shared experience in academic thought, where we enter into a collective cultural consciousness by sitting in a dark room with 100–200 other people watching an image of one person on a screen get eaten by a monstrous alien. It is to my belief that horror is the most effective way of activating a connection with your audience-mates.

Classic horror is actually scary at many points, mainly through jump scares. A jump scare is a beautifully choreographed thing. The stage is set in a dark room: the music a staccato frenzy of strings frantically playing until—nothing. No music at all, just our protagonist investigating the dark room in silence. Then the hero/heroine turns around.

Terror film offers no such comfort. It’s a different level of chilling.

Our protagonist enters a dark room. Nothing happens in that dark room. They exit the dark room, and nothing is still in the room, just like there is nothing in the theater with us. We finish the movie and go home with nothing on our minds, trying to wrap our heads around what the nothing is, what it represents. But it doesn’t represent anything, as it is nothing. So, the nothing stays with us. Nothing is there when we eat breakfast the next day. Nothing is there when we sit in another theater to watch a less-scary movie. Nothing is there, watching us, when we go to sleep at night. This nothing is always there, just out of sight and never visible, always creeping upon us. And it remains and hangs over us and follows until one day… or not.