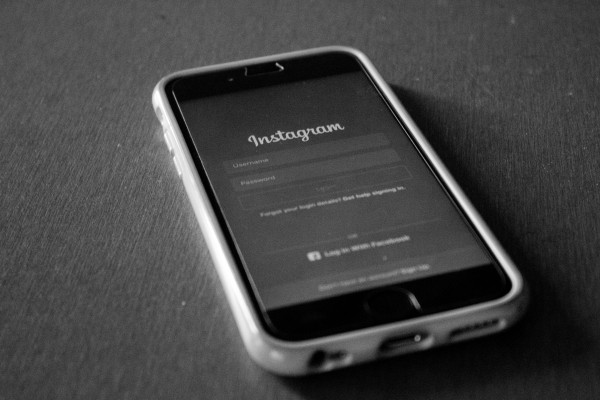 Last night, my best friend of four years became my ex-best friend of (now) one day, and my future awkward acquaintance with whom I only interact when we write a cold and pointless “hbd” on each other’s Facebook walls for birthdays. We had gone two solid months without speaking, and I had no idea why. Despite my pride creating great hesitation, I finally decided to reach out and uncover the root of our spontaneous communication cessation. It turns out she was angry with me because I hadn’t liked her last two Instagram posts. The first, I simply missed – I was not online that day. The second was a picture of her and her two sisters posing as Charlie’s Angels, accompanied by an insensitively worded caption – aren’t I allowed to just dislike this photo on principle? I decided not to fight for her forgiveness, as I wasn’t sure I needed such a petty friendship anyways. And, so, it all ended with an Instagram like…or without one, I guess.

Our silly yet fatal fight fixated my attention on a greater (and rather problematic) trend in today’s social media saturated society: the importance placed on a simple, and often meaningless, like. A terrible misunderstanding has spread: it seems we’ve come to believe that the amount of likes we get on social media determines how likable we actually are as people. The significance that we think a thumbs up on Facebook or a heart on Instagram carries is frankly a bit frightening. It doesn’t mean nearly as much as we think it means, and it should not affect the way we feel about others or ourselves. Take it from me, a wildly (or at least mildly) unpopular gal on social media who still has plenty of loving friends in the real world, many fulfilling life experiences and an abundance of carefree confidence. I hope to share with you my secrets to gaining validation from internal, rather than external, sources, and learning to love your life and yourself, even when your social media likes struggle to hit double digits.

Our attachment to and obsession with online engagement all comes down to the logical reasoning of what’s really behind a like: approval. When we post a joke on Twitter and it gets a like or a retweet, we feel funny. (The people love me! Maybe I should become a comedian!) When we post a selfie on Instagram and it gets a like or a positive comment, we feel beautiful. (The cute boy who sits behind me in class liked my photo, so he is obviously obsessed with me. Maybe next time I see him, I’ll ask if he wants to get coffee or married sometime). Daryl Nelson of ConsumerAffairs reported that a study conducted by University College London and Aarhus University in Denmark determined that external approval activates the section of our brain that is associated with reward. In other words, when we receive outside validation, our brain experiences the same chemical reaction that occurs when we receive a concrete reward for something. “At the conclusion of the study, researchers said just about all of us use other people’s opinions to figure out what’s valuable to us,” added Nelson. So we tend to believe that whether or not someone likes our posts tells us whether or not these posts are valuable, and, in turn, whether or not we are valuable.

This can clearly have a very damaging effect on social media users. Byron Katie, author of “I Need Your Love – Is That True?” says “seeking approval makes it extremely hard to find true contentment.” I couldn’t agree more. Everyone has different tastes and opinions and varying conceptions of what is beautiful or smart or funny. As a result, if we form our opinions of ourselves based on how others feel about us, we’re likely to always come up lacking in some way or another. If I only believe my tweet to be funny if it gets 20 or more retweets, but my followers simply have a different sense of humor than I do, I will never feel funny enough. And yet, people continue to use external sources, especially social media likes, to measure their own worth. “If I don’t get double digits on an Instagram post, I delete it,” says college student, Emma, “if more than a handful of people didn’t like it, then it’s clearly not as good of a picture as I thought it was!” As Elliot Panek, researcher at the University of Michigan, said, “[Social media] is about curating your own image, how you are seen and checking on how others respond to that image.” Emma’s classmate Annie agrees, adding, “It’s very embarrassing when a post doesn’t get a lot of interaction. That definitely feels like a reflection of me and how well-liked I am in general.”

Well I’m here to tell you, Annie, and anyone else who shares this sentiment, that you have nothing to be embarrassed about! My photos never get a lot of interaction, and I’m doing just fine. The problem is that when people post, they tend to post for others, but they should really be posting for themselves. If you approve of yourself – and find confidence from within – you can post creative expressions of that self just for the sake of sharing and of personal enjoyment, rather than for the sake of external validation. It’s true that when someone likes your post, they probably approved of it. But that doesn’t necessarily mean they approve of you. And when someone does not like your post (assuming they were online and they encountered it), they probably did not particularly care for it. But that doesn’t mean they don’t particularly care for you. We are not our social media profiles. If my ex-best friend understood this, then maybe our relationship wouldn’t have ended over a couple of Instagram likes.

But this is a very difficult thing to truly understand, or at least to truly believe, as many of us see our social media profiles as an extension of ourselves. Vying for attention and approval on social media is only natural – who doesn’t like to be liked? Or, perhaps the better question here is, who doesn’t like to get a like? There’s no shame or trouble in getting excited about social media engagement. The trouble lies in actively seeking it, and rearranging our opinions of ourselves if we do not receive it. The problem here is the grand significance that we place on a relatively insignificant form of interaction, and the power that we give to our Facebook friends and Instagram and Twitter followers to determine our self-worth. So I propose that we all approach social media differently. Let’s come to it with posts of things that we are already sure we like – things that express the self we already know and love – and leave with the same surety and resolve, regardless of how many likes we receive. Let’s start posting for the approval of only ourselves.