The Importance of Diversity on the Screen 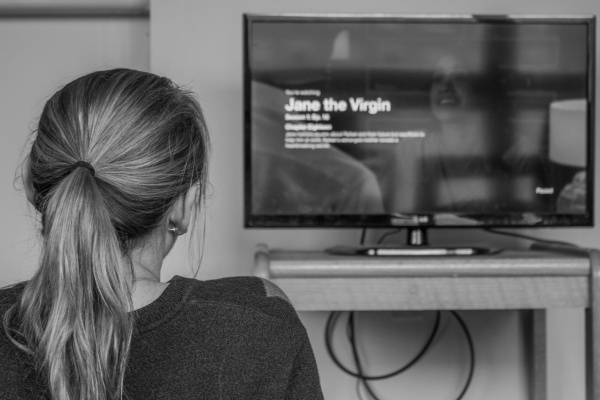 What do you watch on TV when you want to see yourself? In this particular scenario, when I say “see yourself”, I am referring specifically to a person’s racial or ethnic identity and its presence on television. When you don’t want another overdone stereotype, and you’re tired of seeing your race being portrayed as just a token character or the sidekick, what show do you turn to? The answers might surprise you.

For Jocelyn Hernandez, a Mexican American student and FCLC ‘16, the answer was clear. “Definitely Jane the Virgin” She answered without hesitation. “I just love the way that she’s portrayed…She’s a very hard worker. She’s studious. Jane has an infant son, and she always puts him first while simultaneously following her own dreams.”

It was a narrative that Hernandez hadn’t seen before. A minority as a main character who strays from stereotypes is what makes Jane special. Hernandez said, “Minorities in general are usually the secondary characters or the friends of the protagonist, and they’re not really developed as characters. If I did see a Latino it would be a maid or a blue collar worker. It’s great to see her portrayed as someone who’s gone to college, who’s pursuing writing.”

When asked about the other kinds of TV stereotypes that bothered her, Hernandez said, “I hate how Latinas especially, are always portrayed as spicy or sassy…. we’re not all like that. It’s been done before. There are different Latinos out there. We aren’t all the same.”

Hernandez believes that television has gotten better with diversity, but there is still room for improvement. “Especially growing up… I think it’s important to be able to see yourself on television succeeding.”

Courtney Williams, a black student and FCLC ‘16, Williams doesn’t often find herself actively seeking to see herself  in a TV program. However, Williams did say, “I just see a reflection of a lack of a number of people.”

Williams mentioned the idea of the token character who embodied the same stereotypes over and over again. Williams reflected on her TV watching experience as a child and mentioned,  “Growing up I’ve always been super goofy, and I [liked] to watch the little kids’ version of SNL, which was  All That. I really enjoyed watching Kenan Thompson and Kel….It wasn’t them just being some type of black stereotype, but it was just talent.”

Williams was cautious not to dismiss the stereotyping that can go into creating comedy, even for children. She remembers being told often that people saw Raven from That’s So Raven in her, but the comparison never quite sat right with her. Williams discussed the impact of shows watched during childhood and how that can shape our narratives for the future.

Williams said,“[Raven] became the stereotype in this type of trope character…Specifically being this loud nail-snapping, lip-smacking, boisterous character… It’s not that it’s not real, it’s just that, when you put an image out for children or anyone, if they don’t know [black]  people, if they don’t have black people in their friend groups, they’re going to assume when they see Courtney, that’s what Courtney should do.”

As an international student from Mumbai, India, Devika Chandnani, FCLC ‘19, has always been a fan of American television. Chandnani said, “I was really excited when Priyanka Chopra came onto Quantico. It’s an American TV show, but she’s an Indian actress.” Chopra (already an acclaimed Bollywood star) plays Alex Parish, a young FBI recruit.

In regards to diversity, Chandnani said, “I cannot recollect anything except the movie Slumdog Millionaire.” Before Chopra’s crossover role as Alex Parish, the presence of Indian actors and actresses on Network television was sparse to nonexistent. What makes Alex special to Chandnani is the way that she is an FBI recruit, who just happens to be also be Indian. Chandnani said, “Just because she’s from India, doesn’t mean she has to dress differently or behave differently.”

Chandnani seemed hopeful about the future of diversity in American TV, but cautioned viewers. Shows that showcase diversity only give you a small taste of a  specific culture. She warned, “That’s not all there is.”

Michelle Ang, a Chinese American student and FCLC ‘16, also chose a relatively new tv show as her go-to for seeing actors of similar ethnicity to her own, “The first show that comes to mind is Fresh Off the Boat….The main female character is played by Constance Wu, and she’s so funny and hilarious, but she plays the quintessential tiger mom.”

When asked about the state of Diversity on network television, Ang said, “It’s not leaps and bounds better, but it is evolving in a way that I think is beneficial to actors of color… I feel like artists of color are starting to take more control and take a stand sort of for themselves, more so nowadays.” Though Ang is hopeful, she said, “The seats of power are still held by straight cis white men, I believe, but that is changing.”

Her greatest hope? Equality regardless of race. “I want to see actors of color plays roles that don’t necessarily pertain to their race… I don’t think we should forget about our cultural or ethnic differences. I feel like we should celebrate it, but also not let it get in the way of seeing each other for what we are, at our base, which is human.”