By BRENT NYCZ and BILLY LABOSKA

Last month, Dan Leone, a lifelong Philadelphia Eagles fan and part-time stadium employee, was fired by the team after posting a Facebook stutus critical of its decision to let safety Brian Dawkins sign with the Denver Broncos. “Dan is [expletive] devastated about Dawkins signing with Denver… Dam Eagles R Retarted!! [sic],” he posted. As objectionable as his spelling may be, many are claiming the Eagles were especially cold-hearted in its decision to give Leone the ax. We at the Observer were inspired to explore what other Facebook statuses could cause trouble in the world of sports. 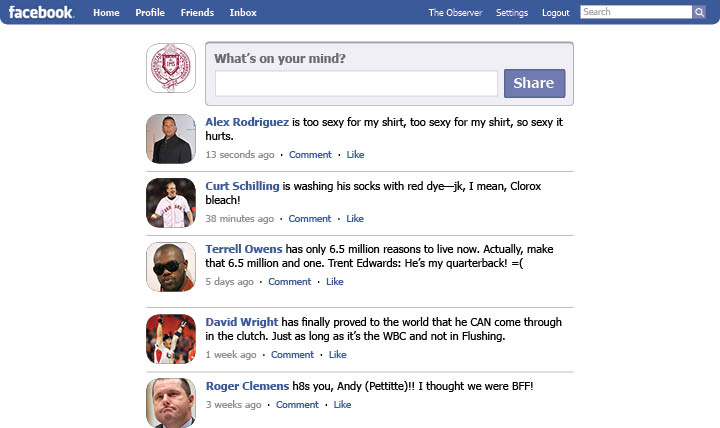